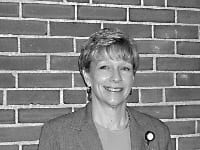 Carol Smith, a registered nurse who holds a master’s degree in business administration, has assumed the role of COO, executive vice president, and chief nursing officer for Cooley Dickinson Hospital. For the past year, Smith has worked as Cooley’s interim director of patient care services.

Prior to joining Cooley Dickinson, Smith was the vice president chief nursing officer at King’s Daughters Medical Center, a 385-bed medical center located in Ashland, Ky. Previously, she held the post of vice president, strategy and planning at Meadows Regional Medical Center in Vidalia, Ga. Smith has worked in the field of nursing for more than 28 years.

Along with the newly created COO position come changes to some of the senior executives’ titles. Melin says the titles have been changed to better align the executives with their current roles and responsibilities.