For the past several years, Baystate Medical Center has been bringing a few additional inpatient beds on line in an effort to relieve congestion and reduce the wait times for patients in the emergency department in need of a bed.

But that pace of progress simply has not made a recognizable dent in the facility’s ongoing capacity crunch. And as a result, administrators have initiated a much more ambitious strategy for easing overcrowding.

The medical center is adding 30 additional beds in a $4 million project that will increase capacity by just over 5{06cf2b9696b159f874511d23dbc893eb1ac83014175ed30550cfff22781411e5}, according to Sharon Smith, vice president of Patient Care Services and chief nursing officer at Baystate. Due to come on line next spring, the additional beds will give the hospital some much-needed flexibility, she told The Healthcare News.

Like hospitals across the Common-wealth and the country, Baystate reduced its bed count through the decade of the ’90s, said Smith, in response to shorter patient stays (a byproduct of both new surgical techniques and the managed care phenomenon), a shift from inpatient to outpatient services, and a need for many hospitals to become more efficient in the wake of falling revenues. Baystate had more than 700 beds a decade ago, she said, but had reduced that number to about 570 by the year 2000.

“That was an appropriate downsizing given the way things were moving in health care … all hospitals were reducing their numbers of beds,” she said. But recent trends have prompted many hospitals to put more beds on line, she continued, citing the closing of some acute care hospitals, the aging of the population, and growing demand on emergency rooms as some of the reasons many facilities have been at or above capacity in recent years.

For the past several years, hospitals have been coping with the issue of capacity, said Smith, noting that hospitals don’t want to have more beds than they need or can staff, but at the same time, they don’t want to be in a position where they have too few.

“Most of the time, we’re full,” she said, adding that when any hospital reaches capacity it removes an element of flexibility and inconveniences patients, some of whom must wait in the ER for hours until a bed becomes available, and sometimes spend a night in an ER bed.

Baystate, like other hospitals, has attacked the problem in a number of ways, said Smith. It has added a “bed placement manager,” for example, a professional who works to make sure that available beds are maximized and that patients are moved to and from them as quickly — and appropriately — as possible.

However, it became clear to hospital administrators that additional beds would be necessary, said Smith, who told The Healthcare News that the 30 being brought on line in units Springfield 2 and 4 should give Baystate some long-term relief from the capacity crunch.

“We took a number of factors into account when deciding how many beds to add,” she said. “We feel this number gives us what we’re looking for — some flexibility and the ability to move patients into beds more quickly.”

Adding 30 beds is quite a logistical feat, however. Four or five major moves were required, said Smith, adding that some administrators were moved to different buildings and the hospital’s “day-stay” facility — a series of rooms used for patients who have day surgery and need a bed for follow-up evaluation — is being relocated to make room for the new inpatient beds.

The price tag is also significant. Renovations will cost about $2.3 million, said Smith, and the staffing, equipment, and supply costs will run almost that high on an annual basis. A total of 27 staff additions will be necessary — 20 RNs and an additional seven technical associates and support personnel.

But the additional investment is necessary to maintain the current levels of patient care quality, she said, and to keep the capacity problem from escalating.
“This is a proactive step, not a reactive step,” she said. “This will alleviate our overcrowing problem and give us the ability to move patients into rooms more quickly. It’s something we need to do to ensure that we can properly care for our patients.” 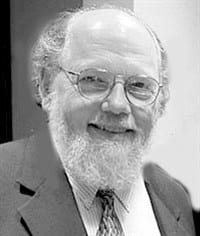