Almost six months after being hit with a $1.30 tax for each non-Medicare and non-Medicaid prescription filled, the state’s pharmacy chains have largely stopped passing the fee on to customers.

However, bitter feelings — and a pending court action — remain.

While pharmacies complain that the tax makes dispensing each drug a losing proposition, many lawmakers and consumers fret that patients who pay for their own prescriptions are being forced to further subsidize the Medicaid program, since the tax revenues are intended to bolster the Health Care Security Trust Fund and pay for MassHealth spending for prescription drugs.

Even if they’re not being passed the $1.30 charge directly, opponents of the fee say, consumers might indirectly absorb the cost when pharmacies raise other prices to offset their losses.

Even though pharmacies have generally gotten the message on who is expected to shoulder the tax — some of them paying large fines because they initially charged it to customers — the program remains controversial.

“When it first came out, they said it wasn’t a tax, but, really, it’s a tax,” said Mike Semanie, director of Pharmacy for the Big Y supermarket chain — one of the first chains to decide not to pass the tax to customers. “That money comes right off of our bottom line, but we’re willing to do that rather than pass it onto consumers.”

Pharmacies are doing what they can, and, in this instance, that means taking their case to the judicial system. A group of chains, acting in concert through the Northeast Pharmacy Service Corp., the Mass. Independent Pharmacists Assoc., and the National Assoc. of Chain Drug Stores, has brought a class-action lawsuit against the state, scheduled to be heard on May 27.

“I agree with the attorneys that it was illegal for the state to pass this tax,” said Tracey Applebee-Cole, vice president of operations for Louis & Clark Pharmacy. “It was not within the state’s right to do that.”

With even many lawmakers saying the surcharge might be overturned in court, the prescription-tax issue has only begun to heat up.

From its inception, the $1.30 fee was bound to cause controversy. Many state lawmakers were less than supportive.

“This is one of the most ill-conceived ideas I have ever heard of,” Rep. Fran Marini, R-Hanson, said during debate last year. “You know who’s going to pay the tax? Old, sick people in nursing homes. Talk about a regressive tax. Let’s tax old, sick people. There is no logic in this. It’s unfair and inequitable. In the long run, it will push more onto Medicaid and exacerbate the problem. It’s regressive and unfair.”

Legislators, worried that pharmacies would indeed pass the tax directly onto consumers, many of whom are elderly and on fixed incomes, warned the chains not to do that, but pharmacies were already ramping up the argument.

“Pharmacies operate on a very slim profit margin of approximately 2{06cf2b9696b159f874511d23dbc893eb1ac83014175ed30550cfff22781411e5},” Carlos Ortiz, vice president of government affairs for CVS, testified before the Legislature in December. He said that CVS’ net profit per prescription in 2002 was $1.02. “Obviously, as a public company with a fiscal responsibility to our shareholders, we cannot afford to absorb a $1.30 prescription tax.”

“When you’re spending $1.30 on every one of those prescriptions,” Applebee-Cole said of the CVS numbers, “that can make for a difficult financial situation.”

In addition, Ortiz argued, “it is inherently unfair to require people who need prescription drugs to subsidize the Medicaid program. This is a responsibility that must be borne by all the citizens of the Commonwealth and should be done out of the General Fund.”

Predictably, given that language, CVS was among several large chains, including Walgreens, Brooks, and Stop & Shop, to pass the tax directly to customers in January. After amassing hefty fines from the state — CVS alone was assessed $300,000 — all three stopped that practice by March.

Big Y, for one, elected from the start to swallow the tax, if only to keep drugs reasonably priced.

“Most of the people taking medications today are Baby Boomers over 50,” Semanie said. “People are living longer and have to take more medications. It’s already very difficult for people, when they get older, to pay for their medications, and to tax $1.30 on top of that every time makes it even more difficult.”

Semanie said he knows that some seniors take one pill a day when they’re prescribed two, or skip days, to be able to afford medications, and Big Y didn’t want to add to that kind of burden. “We’re trying to maintain patient compliance,” he said. “So, we felt the best thing to do was not to collect the tax.”

Still, smaller pharmacies remained worried that larger chains would have an easier time than the independent stores in absorbing the cost and translating it to higher charges for customers in other areas. The reason? Increased costs for retail items could drive customers away from smaller stores, but absorbing the tax completely could threaten those stores’ viability — and survival.

That’s why pharmacies are counting on the courts to overturn the tax and give them a little more breathing room. By their account, there isn’t much to begin with, which is why some of the larger chains threatened to leave the Medicaid program completely last year after being threatened with severe cuts in reimbursement. They eventually backed away from that threat after lawmakers offered a compromise plan. Now, once again, pharmacies are in a battling mood.

“Based on some of the initial statements from the judge, this case looks pretty positive for the pharmacies,” Cole-Applebee said. “It’s been uncomfortable having to spend the type of money we did to pay the tax. But I feel comfortable that the attorneys will have this overturned.”

“We’d like to see it repealed,” state Rep. Brad Jones, R-North Reading, said recently. “The question becomes, how do you replace the money? There have to be some better ways out there than doing it on prescriptions.”

For now, pharmacies keep absorbing the tax. But all eyes are on the Legislature and the courts to determine whether the state will have 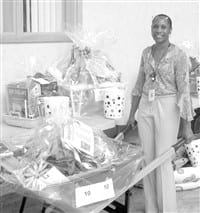