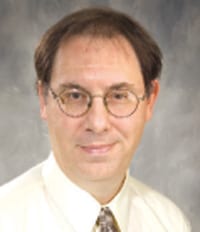 There is a controversy brewing in the psychiatric profession, and it centers around the latest update of the American Psychiatric Association’s Diagnostic and Statistical Manual of Mental Disorders (DSM).

The newest edition of the manual, which clinicians refer to in their diagnosis of mental-health disorders, won’t be published until next year. But it is already causing some controversy among clinicians and the public, especially in its proposed redefinition of autism.

Autism, for which there is no cure, is a complex developmental disorder that typically appears in the first three years of life. It is characterized by atypical development in socialization, communication, and behavior. Symptoms can manifest in a variety of ways, including delayed speech or language development, cognitive problems, social-interaction problems, stereotypical behaviors such as hand flapping, lack of interest in one’s environment, and profound sensory issues such as sensitivity to sound or touch.

What members of the Neurodevelopmental Work Group have attempted to do is to walk the middle ground by providing clear-cut criteria considered for a diagnosis in the autism spectrum, but avoid criteria that are not so vague and loosely applied so as to allow anyone with a developmental issue to fall under the category.

Both psychiatrists and parents have their concerns over the new definition. Some are worried that the proposed definition would be too restrictive and exclude many children from a diagnosis who would not meet the new criteria for Autism Spectrum Disorder. The fear is that, as a result, they would be unable to access state services and necessary medical and mental-health care. Others argue there are many less-impaired children in the spectrum who do not have the core features of autism, therefore diluting the services required by more impaired youngsters.

Extensive coverage by the media recently has led some to believe that the new criteria for diagnosis are already cast in stone. This is not true. A recent news release from the American Psychiatric Assoc. (APA) stated that proposed DSM-5 criteria are being tested in real-life clinical settings known as field trials. Baystate Medical Center, along with Stanford University in California, was privileged to serve as a DSM-5 field-trial site for Autism Spectrum Disorder and to play an important role in determining what could be a significant change in DSM-5. The news release also pointed out that “field testing of the proposed criteria for Autism Spectrum Disorder does not indicate that there will be any change in the number of patients receiving care for Autism Spectrum Disorders in treatment centers — just more accurate diagnoses that can lead to more focused treatment.”

The trials were aimed at identifying diagnostic reliability in the implementation of the new criteria — primarily answering the question, “will two different clinicians, located at one clinical facility, who provide independent evaluations of the same patient some two weeks apart, arrive at identical diagnostic conclusions?” Another goal of the trials was to assess whether or not the criteria were understandable and usable for doctors, and whether there was a high degree of agreement between the evaluations, as a means for determining whether or not to move forward with the new definition. We do not know the results yet, and data is still being analyzed by a research group at the APA.

Today there are an estimated 1.5 million Americans living with autism. We are seeing more people than ever before being diagnosed with autism, and some are calling it an epidemic. When I was training in child psychiatry, we considered autism to be relatively rare, about 4 to 5 cases per 10,000 children. But today’s statistics from the Centers for Disease Control and Prevention paint a much different picture. They estimate that an average of 1 in 110 children in the U.S. has an autism spectrum disorder (ASD).

ASDs occur in all racial, ethnic, and socioeconomic groups, but are four to five times more likely to occur in boys than in girls. What is still uncertain, however, is whether ASDs are truly occurring more frequently in the population or whether, for a variety of reasons, diagnostic practices have changed over time, leading to more frequent utilization of the diagnosis in individuals who previously would have been considered outside of the autistic spectrum.

With so much talk in the media today about autism, it is common for parents to worry about any unusual behavioral or developmental signs their child might be exhibiting. Parents are usually the first to notice any of these unusual signs, such as not making eye contact, verbal difficulty, not answering when their name is called, lack of social interaction, and odd physical behaviors such as rocking or walking on their toes.

There is currently no definitive medical test for use in the diagnosis of autism. Instead, clinicians diagnose the disorder by taking a thorough developmental history, along with a behavioral evaluation of the child’s actions at home, school, and other locations. Direct observation of the child by an experienced and trained clinician is essential. Other types of diagnostic instruments, such as standardized observation interviews, diagnostic-criteria interviews, and symptom rating scales are often used. Also, doctors will want to make sure that any symptoms are not a direct result of an underlying medical disorder, so some degree of medical and neurological evaluation may occur, along with occasional specialized genetic testing.

Early recognition of autism is key so that children can benefit from interventional services as soon as possible to help with language development, sensory problems, social interaction, and to assist parents in providing a suitable and appropriate environment where the child can thrive to the best of his or her ability. While there is presently no cure for autism or medical interventions which treat the disorder’s core symptoms of social impairment, communication deficits, or developmental delays, there are many medications than can help with associated symptoms such as sleep disturbance, anxiety, hyperactivity, inattention, mood swings, aggression, and agitation.

On the positive side for area families, Massachusetts has undertaken an initiative to train primary-care physicians and pediatricians to increase their vigilance during well-child visits, so as to identify children at an earlier age who are showing signs of atypical development. The end result would be to refer these children for evaluation and hopefully get them the services they need as early as possible to maximize their developmental gains and potential.

It is important for parents to feel free to bring up any kind of developmental concerns they might have about their child with his or her primary-care doctor, who at that point often becomes the first and key person in terms of recognizing and intervening with children who may be showing signs of an Autism Spectrum Disorder.

For more information on the proposed DSM-5 changes in the definition of autism, visit www.dsm5.org. 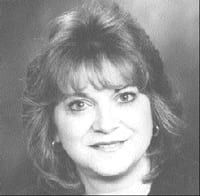