Few medical practices take the time to review their contractual arrangements with payers. Too many practitioners believe that there is little that can be done about poor payers and declining reimbursements except to try to trim operating costs further.
However, nothing could be further from the truth. What most doctors don’t realize is that they don’t have an overhead problem — they have a revenue problem. A revenue problem isn’t resolved by cutting staff and other costs below minimum levels required to effectively run a practice.

A payer-contract analysis can identify issues that make withdrawal from certain payer plans profitable. One or more of the following findings may make a payer a candidate for withdrawal:

The first step in the process is to determine the cost per procedure. There are various methodologies, but the most widely used and most expedient method is the relative value unit (RVU) method. An RVU is a standardized unit of measure for each recognized medical service, designated by a CPT code.

The RVU system is integrated into the Medicare reimbursement schedule and has been widely adopted by many private payers. Be sure to use the most recent RVUs, as published in the Federal Register. It may be more expedient to outsource this function to an accountant or consultant experienced in medical procedural costing.

The next step is setting up a payer mix comparison spreadsheet. The spreadsheet contains two columns for each payer, indicating amount (dollar or units) and practice percentage. Line items for data include gross charges, collections, adjustments, collection ratio, patient encounters, procedures, RVUs, accounts receivable aging, and accounts receivable turnover, at a minimum. Additional information relative to claims denials, withholds, and pre-certification may be less tangible but would be helpful.

The third step is setting up a comparative fee analysis spreadsheet. The first five columns should include CPT code, description, standard fee, procedural cost, and Medicare allowable. The remaining columns include the individual payer plans under review. It is recommended that you select the 20 highest- revenue-producing and highest-volume procedures in the practice for comparison and list by CPT code.

The information from this analysis can be a powerful tool in negotiating for higher allowables. Before approaching payers, make up your mind as to how far you are willing to go. Don’t threaten to terminate the contract if you are not prepared to follow through.

Timing can be important in the decision-making process. For example, a decision to drop a payer may hinge on an upcoming doctor retirement, which will enable the remaining doctors to absorb the retiree’s entire patient base, making up for the loss of a large payer. One practice dropped the state Medicaid program, on which it was losing significant money, and almost without interruption maintained its total volume on a profitable basis.

Practices that have gone through this process invariably benefit in ways other than contract negotiations. Identifying reimbursements lower than the contractual fee schedule can recoup monies owed by the payer. Some procedures are found to be more cost-effective and subject to higher payment if moved into the practice office instead of a hospital or surgical setting.

Other procedures are found to be simply too costly to perform in a particular medical practice setting. Believe it or not, some practices are still losing money because certain commercial plan allowables are higher than the practice’s fee schedule on some procedures. One practice decided after this study to hire a mid-level provider instead of adding another physician to the practice.

In spite of overall losses, a practice may decide to stay with a plan as a ‘loss leader’ due to the practice’s referral network, the plan’s tie-in with other payer plans, the practice’s philosophy, or its concern over public opinion. In any event, a study such as this enables the doctors to make an informed, conscious decision.

Be careful not to discuss your intentions with other doctors, which could be construed as an antitrust violation. Before notifying the payer of your intent to withdraw, be sure to consult with competent legal and financial advisors. The contract could have termination provisions requiring professional advice. Also, the method, level, and timing of communications to the payer, patients, referral sources, and the community can be extremely important from a public relations standpoint. 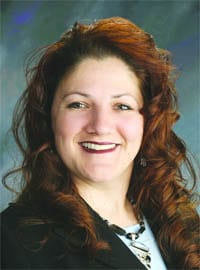 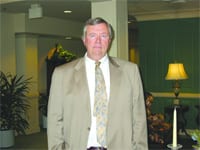