By now, essentially everyone with a stake in children’s health has heard the news: the study alleging a causal link between the measles, mumps, and rubella vaccine and autism has been declared an elaborate fraud.

In February of last year, Lancet, the journal that originally published the paper in question, formally retracted the article. Then, in May, the study’s lead author, Andrew Wakefield, lost his license to practice medicine. Both of these actions were a result of Wakefield’s ethical misconduct, including performing unnecessary procedures on children and accepting money from a trial lawyer representing parents in a lawsuit against a manufacturer of the vaccine.

We now know that Wakefield’s offenses were many. In a series of articles in the British Medical Journal, journalist Brian Deer demonstrated the widespread misrepresentation of facts and the outright falsification of data in the now-infamous paper.

It turns out, according to Deer, that the 12 children described in Wakefield’s paper were cherry-picked clients of a trial lawyer who had hired Wakefield to produce evidence for his case against the vaccine manufacturer. Perhaps most startling is the finding that the actual medical records of these children reveal their behavioral problems to have arisen before — and therefore not as a result of — receiving the MMR vaccine. But the alleged fraud runs deeper still, involving everything from fraudulent pathology reports to Wakefield’s patent on a competitor vaccine to the MMR.

That the Wakefield paper was a fraud is indeed big news, and it is news that should put an end to the widespread belief that the MMR vaccine is somehow linked to autism. But there is actually an even bigger story to be told, one that has perhaps been overlooked in the aftermath of the revelations about the Wakefield misconduct. That story is about how one study using falsified data from 12 children somehow trumped a multitude of well-designed studies covering over a million children — which showed no linkage between MMR vaccine and autism — in the minds of parents all over the world.

The science has been very clear. From the sheer volume of the evidence, there is no reason to believe the MMR vaccine is linked in any way to autism. There is no controversy. There is no debate. There is no need to balance the story with opposing viewpoints. The science is one-sided. And the longer the myth of a vaccine-autism connection is perpetuated, the more exposed to health risk our children become.

When parents hear scientifically unfounded stories about the potential dangers of vaccines, many begin to question the wisdom and safety of vaccinating their children. In the U.S., where we are fortunate to have access to vaccines as the best protection against so many childhood diseases, we are now beginning to see pockets of underimmunization. The increasing number of such hot zones has already resulted in outbreaks of completely preventable childhood disease. Outbreaks of measles, invasive hemophilus disease, and pertussis have resulted in severe illness and death in infants and children around the country. What we thought were vanquished scourges of humanity are beginning to make a comeback. Diseases that young doctors would encounter only by opening a textbook may once again become familiar cases in the hospitals and clinics where they work.

While our vaccination rates remain relatively high, it doesn’t take much of a dip in those rates to bring these diseases back to life. If pockets of underimmunized children are allowed to grow or multiply, the tipping point could easily be reached. Children have already died as a result of unfounded vaccine fear and the spreading of myth and misinformation.

Parents should follow the immunization schedule developed by the American Academy of Pediatrics, which is designed by experts to ensure maximum protection and safety for children at various ages. You can find the schedule online at www.aap.org/immunization.

Dr. John Snyder is an attending physician in the Department of Pediatrics at Baystate Children’s Hospital. 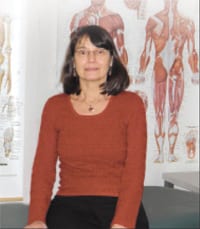 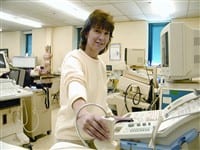 View To The Future The Fluid Dynamics Of Sonography