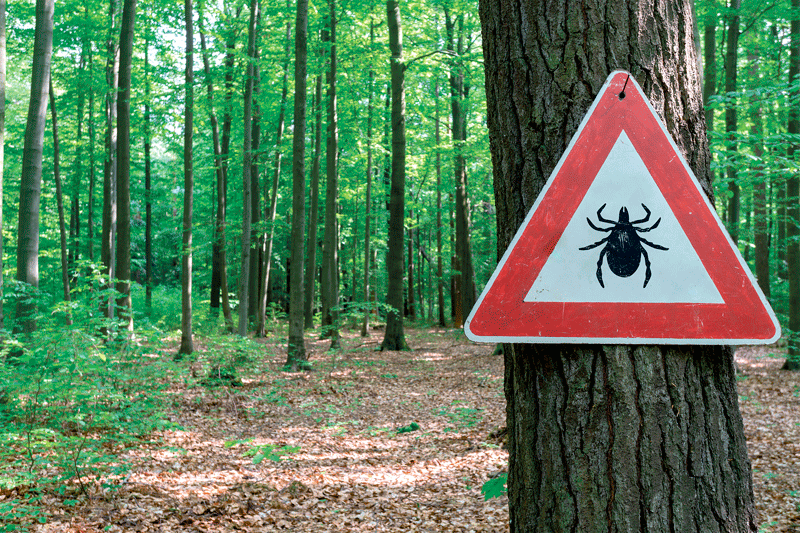 Uncategorized
July 24, 2018July 24, 2018 HCN Staff 1070 Views
According to the Centers for Disease Control and Prevention (CDC), Americans may contract up to 30,000 cases of Lyme disease each year, yet only 3,500 cases are diagnosed.
That’s a lot of undetected bites. And it doesn’t have to be the case, said Dr. J. Michael Klatte.
“Ticks must be attached to the skin for at least 36 to 48 hours before they are able to pass along bacteria to humans that can cause infections like Lyme disease and anaplasmosis,” said Klatte, a pediatric infectious disease specialist at Baystate Children’s Hospital.
The CDC recently reported that illnesses transmitted by blood-feeding ticks and insects capable of transmitting pathogens — bacteria, viruses, or parasites — from one host to another have more than tripled nationwide, from 27,388 cases in 2004 to nearly 100,000 cases in 2016. This year’s projections were equally dire.
Yet, “we hear that prediction almost every year now, but it’s nothing to be overly concerned about if you are ‘tick-smart,’” Klatte said.
Ticks make their homes in wooded or grassy places and stealthily attach themselves to the skin of humans and animals, transmitting diseases such as babesiosis, anaplasmosis, Powassan disease, and the most common tick-borne disease, Lyme, which is commonly spread by deer ticks.
But people who are diligent about making those tick checks when they return indoors after being out in wooded and grassy areas — while playing, gardening, hiking, camping, or any of a host of other activities — don’t need to fear the onset of these diseases, Klatte noted.

“Check clothing for any visible signs of ticks; then, as an additional precaution, you can tumble them in the dryer set to high heat for at least 10 minutes before throwing them in the wash,” he explained. “Showering in warm water can also be a good way to gently wash off unattached ticks that have made it from clothing to you or your child’s skin. You don’t want to vigorously scrub the skin and risk breaking in half a tick that might have become embedded in the skin.”

Take Caution When Exercising or Shoveling Snow in Winter