Many nurses say there aren’t enough hours in the day. But a national medical body says nurses are spending too many of those hours at work.
Following on the heels of new national regulations limiting work hours for medical residents, the Institute of Medicine has released a report calling for improved working conditions for American nurses — including a reduction in the work week.
“Because the supply of nurses is unfortunately stretched thin right now, they must be supported by work processes, work spaces, hours, staffing practices, and a culture that better defends against errors and readily detects and mitigates errors when they occur,” said Donald M. Steinwachs, chair of the committee that wrote the report, and also chair of the Department of Health Policy and Management at the Bloomberg School of Public Health at Johns Hopkins University.

The report calls for not only a reduction in the hours nurses are working, but a strengthening of the work environment in areas such as management, workforce deployment, work design, and organizational culture, particularly by lessening the nurses’ load, making them feel like important parts of the decision-making process, and providing opportunities for advancement and education.

“No one or two actions by themselves can keep patients safe,” Steinwachs said. “Rather, creating work environments that reduce errors and increase patient safety will require fundamental changes in how nurses work, how they are deployed, and how the very culture of the organization understands and acts on safety. We present a comprehensive plan to address all these areas.”

Some of the recommendations don’t come as any surprise. The report urges health care organizations to involve nurses in all levels of management and solicit their input on decisions about the work culture. “Nurses are in prime positions to help pinpoint inefficient work processes that could contribute to errors, identify causes of nursing staff turnover, and determine appropriate staff levels for each unit,” the report states.

In addition, the report says many nurses aren’t receiving the ongoing education and training needed to keep up with advancing technology and medical knowledge, and keeping these skills up to date is a prime factor in keeping nurses fulfilled.

But it’s in the area of work hours that the Institute of Medicine made the biggest splash, saying fatigue poses one of the most serious threats to patient safety. As a result, the agency recommends rules prohibiting nursing staff from working longer than 12 hours a day and more than 60 hours per week.

And the patient safety issue has become a major one. In Massachusetts, the most recent ammunition in the argument for nursing reform comes from the Department of Public Health (DPH), which in late October reported a 76{06cf2b9696b159f874511d23dbc893eb1ac83014175ed30550cfff22781411e5} increase in the number of hospital injuries, errors, and patient complaints, and said the findings support the long-standing complaints of nurses who feel overworked in understaffed facilities.

“The results of the latest DPH report underscore what registered nurses have been saying for years: poor staffing conditions in Massachusetts hospitals are harming patients, as nurses struggle to care for too many patients at a time,” said Karen Higgins, RN, president of the Mass. Nurses Association (MNA).

“The DPH findings and the survey of nurses should be a wake-up call to hospital administrators, a warning to patients who seek care in our hospitals, and a call to action for legislators, who have in their hands the means to protect the public from the serious risks posed by current hospital conditions.”

Similar studies have been reported in the Journal of the American Medical Association, the New England Journal of Medicine, and a report on hospital patient safety conducted by the Joint Commission on the Accreditation of Healthcare Organizations.

Most nursing professionals obviously recognize a connection between overworked nurses and a nationwide nursing crunch that has resulted partly from retirements outpacing new nursing school graduates. As a result, hospitals are trying to attack the problem from a recruitment angle first, said Deborah Morsi, interim vice president for patient care services at Baystate Medical Center.

“We do have it under control, so it’s not an issue for us,” Morsi said of nurses’ work weeks. “We’ve had recruitment and retention as a major strategy for a few years. We’re aggressively recruiting new nurses and putting into place initiatives to attract nurses.”

Those include forgivable loan programs, a preceptor program to help acclimate new nurses to the hospital, and partnerships with nursing programs at area colleges. None of these are new strategies, but, typically, hospitals that have instituted them have been able to reduce the effect of the nursing crunch.

“We’ve been pretty vigilant about our nursing initiatives to make sure we’re in good shape,” Morsi said. “And our vacancy rate is low compared to national and state benchmarks.”

Still, many nurse advocates in the Commonwealth, particularly the MNA, continue to push for a bill currently before the Legislature which would mandate certain nurse staffing levels in an effort to alleviate understaffing, long hours, and patient errors.

This is, after all, an industry that remains apprehensive about a five-year-old report by the Institute of Medicine claiming that between 44,000 and 98,000 people in the U.S. die each year as a result of their contact with the health care profession in hospital settings alone. Part of the reason for the continued concern is more recent reports like that of the DPH.

“The solution to the deterioration in the quality and safety of care for patients in Massachusetts hospitals lies in the passage of legislation to regulate RN staffing levels,” Higgins said in support of House Bill 1282. Proponents of the measure say that the standards the bill aims to establish would soon become realistic because overwhelming patient loads are the biggest reason why nurses are leaving the Commonwealth.

To hear Morsi tell it, the problem of nurse satisfaction begins with the work environment, and even challenging workloads shouldn’t be a problem if nurses feel fulfilled in their work. The answer starts with a system-wide strategy, she said.

“It has to do with good leadership, as well as good compensation,” Morsi said. “We have good education opportunities for nurses, we keep an eye on staffing ratios, and we create an environment of professional support. It’s important to nurses to work in a positive environment, and we do that here.”

But that’s an attitude that must become more widespread, according to the Institute of Medicine committee that made the new work-hours recommendation. The report states that, because the nation’s 2.2 million registered nurses, 700,000 licensed practical and vocational nurses, and 2.3 million nursing assistants constitute 54{06cf2b9696b159f874511d23dbc893eb1ac83014175ed30550cfff22781411e5} of all health care providers, and because they are the health professionals who interact most frequently with patients, their actions are crucial to better patient outcomes.

“It may be tempting to think that these recommendations can wait for increases in the supply of nurses, but evidence on nursing retention indicates just the reverse is true,” Steinwachs said. “Nurses will be more likely to stay in health care organizations that implement the management and work-design practices recommended in this report.”

And, if those recommendations eventually take hold as hard rules, nurses will also be more likely to get a good night’s sleep. 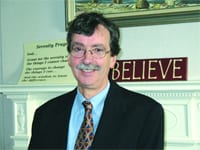