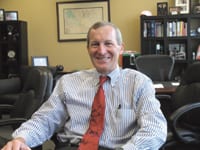 How often do you see the doctor? And, when it comes to health care, do you shop around?

Those may seem like random questions, but they’re important for people who sign up for high-deductible health-insurance plans, a form of coverage that requires lower monthly premiums than traditional plans, but higher up-front costs at the time of treatment.

“They are definitely becoming more popular because of the lower premium,” said Meredith Wise, president of the Employers Assoc. of the NorthEast (EANE), which tracks insurance trends among area businesses. “Where they lose their appeal, for employers as well as employees, of course, is the increased out-of-pocket expense that employees need to pay.”

Derek Abruzze, vice president of strategy and product development for Tufts Health Plan, says high-deductible (HD) plans — what his company calls ’front-end deductible’ options — were introduced to the Massachusetts marketplace around 2006, and they’ve since ramped up at Tufts to comprise close to half its book of business.

“The attractiveness of them is largely in that it allows you to moderate your monthly premium — it’s certainly less expensive on a monthly basis than a more traditional product — at the cost of higher out-of-pocket expenses when you receive services,” he explained.

The concept of HD plans has been around for a long time, even though they’re relatively new in the Bay State, said Peter Straley, president of Health New England. “The idea is that, in traditional HMO insurance, we’ve removed the buyer from the buying activity, so the insurance covers everything. You go spend $25 on an office co-pay, but that has nothing to do with the true cost.

“With a high-deductible plan, however, before the insurance kicks in, you’re responsible for the deductible amount; a typical one is about $2,000 for an individual,” he continued. “When you go to the doctor’s office, get an X-ray or whatever, you’re charged the amount the HMO has contracted with the provider, and, as opposed to a co-pay, you’re immediately seeing the cost of that service and paying it yourself, as opposed to the insurer paying it.

“The intent,” Straley explained, “is to get me, as a consumer of health care services, engaged in the transaction in a meaningful way, and to educate me on the costs, and encourage me to ask questions when clinicians are suggesting different courses of treatment.”

Abruzze agreed that consumers on high-deductible plans are more aware of the costs they incur. “If I’m just paying a $10 co-pay, I don’t have to worry about the cost of those services. But health plans think these members [on HD plans] are more engaged and knowledgable about how much health care costs, and they’ll be more involved in discussing what, exactly, they need and where they should receive that care.

“We’ve seen some evidence of that,” he added. “Certainly we get the sense that there’s more interest on the behalf of members in understanding the cost differences.”

Wise noted that Massachusetts was slower than many states in allowing insurance companies to offer high-deductible health plans, while businesses in Connecticut have offered them for much longer. “So we are kind of behind the curve; they’re not as prevalent here as they are in other areas.”

Straley said allowing consumers to see the actual cost of the services they use is one of the most important facets of high-deductible plans. “The thought is that, if I have that information myself, it encourages me to be a better consumer of health care services.”

He said people comparison shop for virtually every big-ticket item they buy, and it’s very common to check out different stores and models for, say, a new TV. “So why can’t we transfer that consumer discipline to health care?”

Wise said it all comes back to habit, and one of the most common habits of patients is always trusting a doctor’s recommendation.

High-deductible plans “give a lot of responsibility back to the employee, but we’re still a long way from employees really taking charge of that and cognizantly making decisions,” she said. “When you go to the doctor, for whatever care you need, you walk in the door saying, ’I don’t feel well,’ or ’I need these tests,’ and you just get them done. You’re not necessarily asking, ’what it’s going to cost me?’

Even for those who stop to consider what health services are costing them, disillusionment with the numbers doesn’t necessarily translate into being a more thrifty consumer, Wise noted.

“They’ll grumble about it and complain about what’s coming out of their own pocket, but for many of them, they’re still not making their own decisions, or asking, ’is there a better place I can get served, or a less expensive place?’”

Instead, when a physician wants to send a patient for a test or treatment, “we as consumers sit back and say, ’well, the doctor knows what he’s talking about, he has these relationships, and I know I’ll be in good hands.’ That’s not necessarily a bad habit, but it’s so ingrained in all of us. If we’re buying shoes, we look to see where they’re less expensive or look for a sale, but we still don’t do that with health care.”

Straley agreed, but said it’s a habit that needs to be broken as various health-reform measures begin to demonstrate the need to reduce costs across the industry. Take pharmaceuticals, for instance.

“A generic drug might cost $4, and a brand-name drug might cost $140,” he noted. “But all that direct-to-consumer advertising won’t make the brand-name drug work faster or make it more appealing. The idea is to make sure people get the care the need, and do the things they need to do, but have them understand that there alternatives that work just as well clinically. It takes an effort for that to happen, but when your money is involved, you’ll make more of an effort.”

If anything, high-deductible insurance plans have given consumers more reason to carefully manage their health, Abruzze said. Not only are most preventative treatments and screenings covered outside the deductible, but maintaining one’s health is typically much less expensive than waiting for a disease or other condition to arise.

“But that’s true across the whole industry,” he said of this emphasis on wellness. “It’s certainly a hot topic, and it certainly makes a lot of sense that the better we are, and the less we need to see a doctor, the more cost it takes out of the system. But I think it is more prominent with these types of products.”

And there are some benefits available, like health savings accounts (HSAs), offered to employees in many cases to mitigate their out-of-pocket costs, Straley noted.

“A lot of people criticize high-deductible plans and say, ’my employer used to pay it all, and now you’re making me pay it all.’ But high-deductible health plans are typically paired with a health savings account that can be funded partially or entirely by the employer. This is where the employer has some flexibility.”

Meanwhile, “preventative services are free; you do not have to pay for them,” he added. “A typical complaint of people who are uneducated about these plans is, ’well, people won’t seek necessary care for needed services that keep them healthy, and they’ll be sicker later; you’re deferring these costs to the next generation.’ But that’s patently untrue. A colonoscopy is free, so you have no excuse not to get a colonoscopy.”

Overall, Straley asserted, “a high-deductible health plan, coupled with a health savings account, coupled with preventative services — things we want people to do that are free — is a great combination, and we think it’s going to be much more important in the future than it is today. In the rest of the country, these have taken off, but in Massachusetts, we tend to be very conservative in our adoption of new insurance products. So adoption has taken longer, but it is happening.”

He said insurers are starting to craft plans with a sliding scale to let members choose a deductible and corresponding premium that they’re comfortable with, but “the true high-deductible health plans, coupled with an HSA, is really a powerful tool.”

In many cases, Abruzze said, the decision on whether or not to adopt an HD plan comes down to how often one expects to need health care services — a roll of the dice, admittedly.

For someone who sees the doctor often, “maybe I steer away from high-deductible products,” he said, while someone who’s generally healthy and rarely gets sick might jump at the chance to lower their monthly costs.

“You place a bet on yourself and take a lower monthly premium in hopes that you won’t spend much money on deductibles over time. It’s just another aspect of preventative health and wellness.” 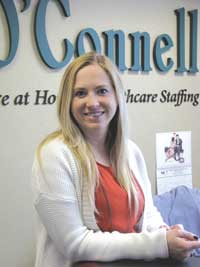