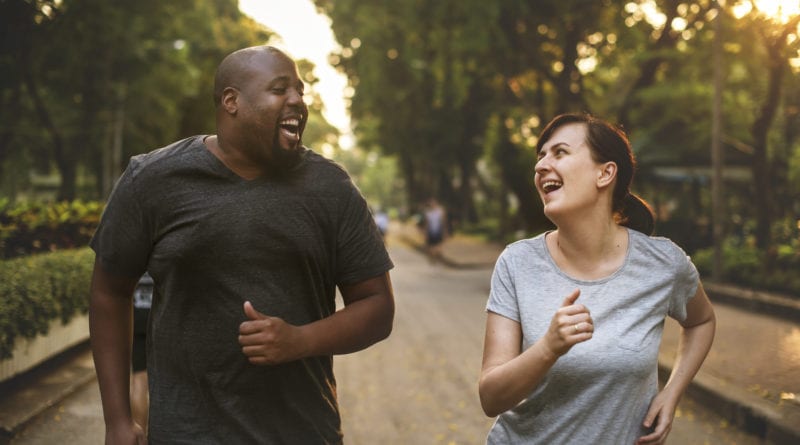 Often, when there is a shortage of employees with specific skills, medical practices may assist employees or potential employees in furthering their education. As this article will explain, the proper structuting of an agreement is critical to obtain a current tax deferral for the employee.

The employee’s tax deferral is even more important since the Tax Cuts and Jobs Act further restricted education tax benefits. Practices often seek to attach ‘strings’ to the educational benefit in order to provide an incentive for the newly educated employees to remain in their employ. In order to accomplish this goal at a minimum tax cost to the employee, the educational benefit should be structured as a loan, with the loan forgiven if the employee remains employed for a certain period of time. I previously wrote an article in 2017 on this topic, but have updated it for law changes and developments.

A true loan is neither taxable by the debtor nor deductible by the lender. But if the loan is forgiven, there is a taxable event. If the loan is satisfied through services rendered by an employee, the amount forgiven is taxable as wages at the time forgiven.

Payments labelled as ‘loans’ are sometimes held by the IRS to be advance payment for services. In that case, they are taxable as wages subject to payroll taxes at the time of the advance. The Tax Court summarized the differences this way:

“If the advances were loans, it is obvious that they did not constitute taxable income. On the other hand, if the advances were compensation for services, even though those services were to be performed in the future, they constituted taxable income in the years received … In either case, the recipient of the funds incurs an obligation which requires satisfaction at some point in the future. In the case of a loan, satisfaction is to be made by making monetary repayment pursuant to the parties’ agreement. In such case, a debtor-creditor relationship is established at the outset. In the case of compensation for future services, satisfaction is to be made by actually performing such services. Only when such services are not rendered does there arise a debtor-creditor relationship requiring satisfaction by monetary repayment.”

Whether an advance is a loan or advance payment of wages is a question of fact that requires review of all the evidence. A debtor/creditor relationship must exist at the time of the advance to constitute a loan. Intent of the recipient to repay the advance and the intent of the lender to enforce repayment are key. The courts look at (a) whether there is a written note or loan agreement, (b) if interest is charged, (c) if there is a fixed repayment schedule, (d) if collateral was provided, (e) if repayments were made, (f) if the borrower had the ability to repay the loan, and (g) if the parties conducted themselves as if the transaction was a loan, as reflected in books and records, etc.

The subject of a 2004 letter ruling was a program initiated by a hospital, in conjunction with a nursing school, in order to provide an adequate supply of nurses to meet the demands of patient care. Under the program, the hospital would agree to advance loans on behalf of a student for tuition. The student could either repay the loans in cash or seek loan forgiveness by making a commitment to work at the hospital as a registered nurse for a period of two years after graduating. Each tuition payment was evidenced by a student-loan nurse agreement, which provided for an interest rate equal to or greater than the applicable federal rate set by the IRS. If the student successfully completed two years of employment by the hospital as a registered nurse, all principal and interest was to be forgiven.

“Practices often seek to attach ‘strings’ to the educational benefit in order to provide an incentive for the newly educated employees to remain in their employ.”

The ruling first confirmed that the arrangement did not qualify as tax-free scholarships or grants. In order to qualify as a scholarship, there must be no requirement or expectation of services to the grantor. The ruling confirms that, while the payments furthered education, they were made for the benefit of the hospital.

The ruling cites a 1976 revenue ruling. In Rev. Rul. 76-122, 1976-1 C.B. 42, various Iowa healthcare organizations joined in developing a family nurse practitioner project in order to increase the availability of healthcare services in rural areas of the state. Practicing registered nurses were recruited and enrolled in clinical training at a university. The project paid for the nurses’ tuition, room and board, books, transportation costs, and a stipend of $1,000 per month while they practiced under a selected physician in a rural area. Because the nurses were expected to accept employment in the rural clinics after they completed the training, the revenue ruling determined that the grants were made primarily for the benefit of the grantor. Accordingly, the ruling concludes that the stipends (including tuition, room, board, and transportation costs) are not excludable from the nurses’ gross incomes as scholarships, but are taxable compensation for services.

Ruling favorably on the loan-versus-compensation issue, the IRS found that the program and the notes legally obligated the student to repay the amount of tuition advanced by the hospital on the student’s behalf, whether in cash or through the performance of services as a registered nurse for a period of two years. The notes also evidenced the hospital’s intent to seek repayment in the event of default. The IRS ruled that the tuition amounts constituted loans includible in the student’s gross income at the time the loans are forgiven. The ruling also pointed out there was no employment relationship until the student accepted employment with the hospital. The forgiveness constituted wages for purposes of employment at the time of forgiveness.

On the other hand, in Vancouver Clinic Inc., a U.S. District Court held that advances were compensation for services. A medical clinic entered into agreements with newly hired physicians, titled ‘associate physician loan agreements.’ The purpose of the agreements was to facilitate physician recruitment and retention. The agreements provided that the physicians would have to repay the advances only if they broke their contract to remain employed for five years. The agreements provided for accruals of interest at prime, but if the physicians worked for the five years, no payments were due at all. Compounding the problem, when the amounts were forgiven, the clinic reported the forgiveness on a Form 1099-MISC rather than as wages. With interest, the IRS assessed more than $600,000. In ascertaining the intent of the parties by examining the facts and circumstances, the court said:

“The expectation of the parties at the time they entered into the agreement was that the physicians would serve their time for five years at a minimum. They would not repay any loan because they would fulfill their obligation for five years. And it is only in the exceptional case that anyone would repay the advances. That has to be the controlling expectation, or the agreement would look totally different than the deal consummated by the parties. The parties’ expectation, their intent, was that the loan would be forgiven, and there was no fixed schedule for repayment at the time that the agreement was signed. Moreover, the ‘borrower’ did not have a reasonable prospect of repaying in the vast majority of those circumstances.

“The cases cited above compel just one conclusion: advances under the agreement were compensation for services. The primary purpose of the agreement was to offer an incentive for physicians to remain with the clinic for five years. The clinic adopted a common-sense solution to a common problem. Examined under a microscope, it both appears and is a part of the clinic’s compensation package. The advances were wages for services, required to be recognized as compensation. As a result, the clinic was required to withhold the appropriate employment and income taxes from the advances and report the advances to the physicians on a Form W-2 in the tax period in which the payments were made.”

Given the risk, as demonstrated by Vancouver, it is important to classify the educational assistance correctly at the time of the advance. If it cannot be demonstrated that the advance is truly a loan that anticipates repayment, it may be prudent to treat the payment as an advance payment of compensation. It’s important not to erroneously report an advance as compensation that is repaid in a later year.

Under the Tax Cuts and Jobs Act, the deduction for repayments that are $3,000 or less have been suspended with the other miscellaneous itemized deductions. If the parties intend a loan, then dot the I’s and cross the T’s. Consult with knowledgeable tax and legal advisers. Be sure to document with a legally enforceable note. Provide for interest and a repayment schedule. Record as a loan on your books. Finally, don’t forget to report amounts forgiven as wages when forgiven.

Mid-level Providers, Ancillary Services May Be Some of the Answers