“We are proud of these Tier 1 designations because they illustrate our improvement in delivering high-quality health care to our patients,” said Dr. Charles Cavagnaro III, president and CEO of Wing Memorial Hospital and Medical Centers. Blue Cross and Blue Shield and Fallon members who utilize a Tier 1 hospital and whose plans recognize the tier system will receive a greater benefit that may include lower out-of-pocket expenses such as co-pays and deductibles.

Patients who have health insurance with either Blue Cross and Blue Shield of Massachusetts or Fallon should contact their insurance company to see if their specific plan recognizes the tiered system.

“In addition to these improved insurance ratings, Wing Memorial was regarded as the fastest-growing hospital in Massachusetts this year based on inpatient activity,” added Cavagnaro. This data is from a survey of self-reporting hospitals that showed Wing Memorial had the largest percentage increase in inpatient activity than any other Massachusetts hospital in fiscal year 2010. The growth is largely attributed to the fact that the hospital added 15 inpatient beds in September 2009 when it opened its Center for Geriatric Psychiatry. 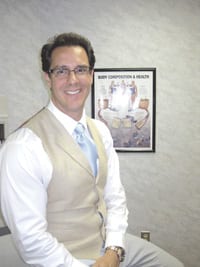 What’s Eating You? The Psychology of Obesity Is About Triggering Behavioral Change

Mass. Hospitals’ Operating Costs Are Below the National Average