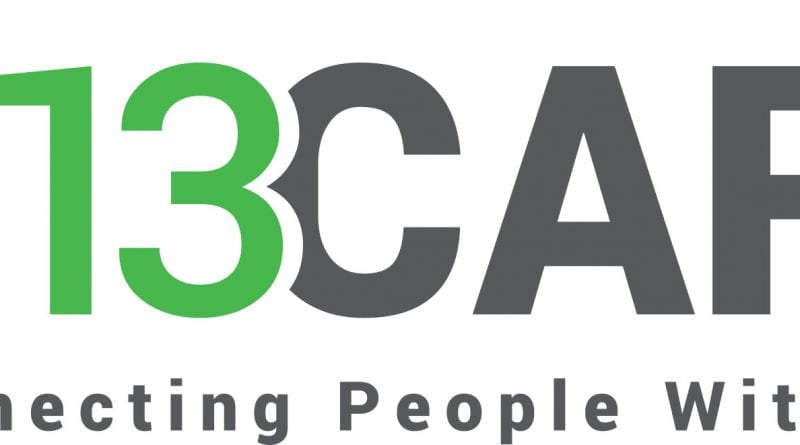 It’s just a few months’ worth of data, but the numbers already tell an important story.

Indeed, a search history for the first three months since the site called 413Cares.org went live reveal that 33.3% of those searching had issues or questions concerning the broad subject of housing. Another 21.7% were searching for agencies that might help with food insecurity. Another 14.2% had health concerns, and nearly 7% had issues concerning transportation.

Those numbers essentially verify what healthcare providers and social-service agencies already knew when it came to the relative health and well-being of the region and the social determinants of health impacting it — that housing and hunger were the biggest issues, but there were many to consider.

But behind those numbers is perhaps an even bigger consideration — that people often don’t know where to turn when confronting such issues and, well, need help with finding help.

And this, said Jessica Collins, executive director of the Public Health Institute of Western Massachusetts (PHIWM), was the overarching motivation behind 413Cares.org, which is, by most accounts, anyway, the region’s first online portal for accessing critical information, resources, and referrals to community-serving organizations.

“It became very clear to us that something like this was clearly needed in this region,” said Collins, adding that the PHIWM, in conjunction with Baystate Health and other collaborators, conducted a community needs assessment (see story on page 9), an undertaking that revealed an abundant need for a comprehensive digital platform that would serve as a community-resource database.

Several years in the making, 413Cares, which carries the tagline ‘Connecting People with Resources,’ is the locally branded version of the national platform known as ‘Aunt Bertha.’ And it is the result of a community-driven process led by Baystate Health and the Public Health Institute, said Collins.

“It became very clear to us that something like this was clearly needed in this region.”

Here’s how it works: searchers visiting the site — who are greeted by images of Springfield, including one of Union Station, to emphasize its local feel — type in a keyword or program name; they then put in a zip code. If one types in ‘housing assistance,’ for example, and one of the zip codes for downtown Springfield, 01103, a number of agencies are promptly listed. In this case, they range from the Downpayment Assistance Program operated by the city of Springfield to the Military Housing Assistance Fund to the Turning Point Program operated by Way Finders, which provides a subsidized apartment for young mothers ages 18-24. Each listing has a summary of services, the service area, contact information, and even hours of operation. Searchers, who can access the site using a number of different languages, can save the listing, share it with others, make notes, make suggestions, and log a referral.

Visitors can do this — and many already have — using key words ranging from ‘legal’ to ‘education’; from ‘care’ to ‘goods.’

To date, more nearly 60 organizations and more than 172 local programs are part of this mobile-friendly system, but organizers admit they’re just getting started. And building up this database — along with creating awareness of its existence and mission — is perhaps the primary mission at present, said Sarita Hudson, director of Programs and Development for the Public Health Institute.

She said 413Cares offers area agencies an effective way to connect their services with those who need them and gain referrals. It’s also a way to refer clients to other services and track their success. To participate, she explained, agencies have to ‘claim’ their listing and then update it (more on that later).

While still quite new and very much in the building stage, 413Cares certainly shows promise, as evidenced by the remarks of some of those already part of it.

“I have big dreams for 413Cares,” said Dawn DeStefano, executive vice president of early-education provider Square One, one of the organizers and charter members, if you will, of the initiative. “I always do my work in terms of buckets — how is it going to serve the children and families at Square One, and how does it help our staff do their job? And from a larger, community perspective, how does it make life easier for everyone in the community? When it comes to 413Cares, I’ve been a part of every pilot in the last 20 years, and this one gives me the most hope.”

“How does it make life easier for everyone in the community? When it comes to 413Cares, I’ve been a part of every pilot in the last 20 years, and this one gives me the most hope.”

“This is a way to cost-effectively manage our resources for the region across systems — human services, healthcare, and also for residents who are seeking resources,” she said. “If it gains enough traction, meaning building the resource database so it’s useful for people across the spectrum, then it could become a great asset for this region.”

Returning to the matter of how 413Cares came to be, Collins said that aforementioned needs discussion provided the inspiration for the initiative, but it was really just the first of many steps in the process.

Others included everything from research into viable options for software — more than 30 products were considered before Aunt Bertha, which may soon be rebranded to ‘AB,’ at least locally, was chosen — to looking at systems used in other parts of the country, to perhaps the most critical element: securing the funding to get the project off the ground. Meanwhile, a group of advisors, or founding members, was formed with the mission of creating and sustaining the model.

Baystate Health was able to secure a grant for the funding, said Collins, adding that several systems already in use in other regions were looked at for both inspiration and best practices.

Community Health, a resource created by UMass Medical Center, was one such model, she said, as was Atrium, a system used in North Carolina, both of which use Aunt Bertha. However, both are more focused on healthcare providers, while the 413Cares model is centered more on community services.

And while embracing that approach, organizers wanted to personalize, or localize, the resource as much as possible, said Frank Robinson, vice president of Public Health and Community Relations at Baystate Health, and one of the architects of 413Cares.

“Aunt Bertha comes with I would call a somewhat vanilla-flavored package of base resources — a common platform where at the base there is a whole range of resources inputted by people across the nation,” he explained. “We made a decision that, to make the data more powerful, more actionable, we needed more local data input by the local providers so we would have the most up-to-date information.”

This explains the current emphasis on prompting area community service providers to claim and update their listings, said Hudson and others we spoke with, adding that, overall, the site is only as impactful as the depth of the data available on it.

“We’re asking these organizations to take on the work of updating the listings because they can make sure the information is accurate and that it’s updated on a daily basis,” said Hudson, adding that organizers suggest designating one person within an organization to take charge of the listing, or listings, and handle necessary updates. Such individuals can register for a training webinar for basic or advanced users.

Organizers will soon undertake both e-mail and snail-mail blasts to introduce area agencies to the concept, encourage them to participate, and walk them through the steps needed to do so.

“We’re starting opportunistically with all those who have been involved,” she went on, referring to those on the Advisory Council. “And we’re going to go back and say, ‘who do we need to get on this?’ Our goal would be to double the number of participating organizations.”

If these goals for overall growth in participation are realized, the site will become better able to meet its various goals and create a number of benefits for the region, said Collins, listing everything from connecting area residents with resources to helping agencies gain needed referrals, to enabling organizations like the PHIWM to use the data being gained (like those numbers cited at the top) to better understand what the needs are and where gaps might exist.

413Cares differentiates itself from many other systems like it through what Robinson called its “community-facing” orientation. Elaborating, he said other systems are focused on the healthcare community and specifically providers of care, while this one is focused on the public and connecting it with resources.

“We’re very interested in providing access to the general public — and that’s a very different angle from how it’s been done elsewhere,” he told HCN, adding that this is one reason why the Springfield Public Library is among those organizations organizing the initiative and one of the key players in making it successful.

Another step in the process was to brand the initiative, said Collins, adding that, after much discussion, organizers chose 413Cares — and its tagline — because those words and numbers speak to the service area and the mission.

Moving forward, one of the main priorities is simply to get the word out that the site is not only up, but serves as a tremendous resource for the region.

To that end, a formal launch is planned for the spring, said Collins, adding that a number of vehicles will be used to help grow awareness, and in the future, word of mouth is expected to be one of the primary drivers.

In the meantime, there is widespread optimism that 413Cares.org will live up to its vast promise and become the asset that organizers believe it can be.

“This site does what it says it’s going to do,” said DeStefano. “From the beginning, we’ve needed a place where we could get timely, accurate information, so if I was a person in need, it’s easy enough to navigate; I can go to the Springfield library and type in ‘childcare,’ and up pops the most up-to-date information about services that I need to access. For people who need it most, it’s the easiest platform I’ve ever been involved with.”

And from a business perspective, she went on, the platform lets the public know when Square One has openings, thus helping it keep its classrooms full.

“It’s a way to really connect residents with both health and human service organizations, and that’s why we wanted to be in on the ground floor,” she told HCN. “I think this has the potential to be a real asset for the region, but it will only be as good as the amount of resources we have in there; Western Mass. needs to build a strong cache of resources.”

Building this cache is just one of the ongoing efforts involved with this unique and potential-laden platform. Time will tell if it can become everything that organizers hope and expect it can be, but for now, this appears to be what the region was searching for — literally and figuratively. 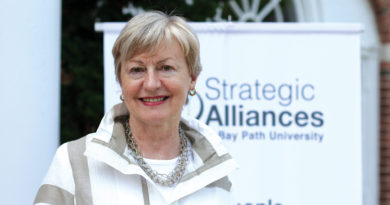 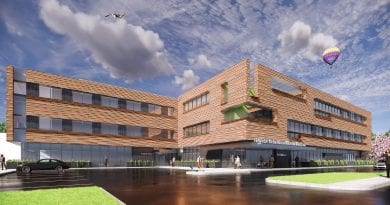