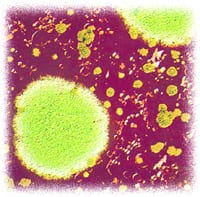 If you have an allergy that never ends when seasons change, you may be allergic to the spores of molds or other fungi. Molds live everywhere, and disturbing a mold source can disperse the spores into the air.

Mold and mildew are fungi. They differ from plants or animals in how they reproduce and grow. The seeds, called spores, are spread by the wind outdoors and by air indoors. Some spores are released in dry, windy weather. Others are released with the fog or dew when humidity is high.

Although there are many types of molds, only a few dozen cause allergic reactions. Some common spores can be identified when viewed under a microscope. Others form recognizable growth or colonies.

Many molds grow on rotting logs and fallen leaves, in compost piles, and on grasses and grains. Unlike pollens, molds do not die with the first killing frost. Most outdoor molds become dormant during the winter. In the spring they grow on plants killed by the cold. Indoors, fungi grow in damp areas, particularly in the bathroom, kitchen, or basement.

Who Gets the Allergy?

It is common for people to get mold allergy if they or other family members are allergic to substances such as pollen or animal dander. People may become allergic to only mold or fungi, or they may also have problems with dust mites, pollens, and other spores. If you are allergic only to fungi, it is unlikely that you would be bothered by all fungi. The different types of fungi spores have only limited similarities.

People in some occupations have more exposure to mold and are at greater risk of developing allergies. Farmers, dairymen, loggers, bakers, mill workers, carpenters, greenhouse employees, wine makers, and furniture repairers are at increased risk.

There is only weak evidence that allergic symptoms are caused by food fungi (e.g., mushrooms, dried fruit, or foods containing yeast, vinegar, or soy sauce). It is more likely that reactions to food fungi are caused by the food’s direct effect on blood vessels. For example, histamine may be present because of the fermentation of red wines.

Fungi on house plants can cause an allergic reaction, but this is likely to happen only if the soil is disturbed.

Fungi can even grow in the human body. If not properly treated, intense inflammation can recur often, and that can permanently damage airway walls. This is not common, though.

What Are the Symptoms?

The symptoms of mold allergy are very similar to the symptoms of other allergies, such as sneezing, itching, nasal discharge, congestion, and dry, scaling skin. Some people with mold allergies may have allergy symptoms the entire summer because of outdoor molds, or year-round if symptoms are due to indoor molds.
Mold spores can deposit on the lining of the nose and cause hay fever symptoms. They also can reach the lungs to cause asthma or another serious illness called allergic bronchopulmonary aspergillosis.

To diagnose an allergy to mold or fungi, the doctor will take a complete medical history. If mold allergy is suspected, the doctor often will do skin tests. Extracts of different types of fungi will be used to scratch or prick the skin. If there is no reaction, allergy is not suggested. In some people with allergy, irritation alone can cause a reaction. Therefore, the doctor uses the patient’s medical history, the skin testing results, and the physical examination combined to diagnose mold allergy.

How Is Mold Allergy Treated?

As with most allergies, patients should avoid contact with the spores. Wear a dust mask when cutting grass, digging around plants, picking up leaves, and disturbing other plant materials. Reduce the humidity indoors to prevent fungi from growing. These measures will reduce symptoms.

Take medications for nasal or other allergic symptoms. Antihistamines and decongestants are available over the counter without a prescription. Because these antihistamines can cause drowsiness, they are best taken at bedtime. If drowsiness continues to be a problem, talk to your doctor about taking non-sedating antihistamines, which require a prescription. For moderate and severe allergy symptoms, your doctor may prescribe corticosteroid nasal sprays.

If these medications are inadequate, talk to your doctor or allergist about taking allergy shots (immunotherapy). This works for some carefully selected patients.

How Can a Reaction Be Prevented?

Allergies cannot be cured. But the symptoms of the allergy can be reduced by avoiding contact with the spores. Several measures will help:

First off, stay indoors during periods when the published mold count is high. This will lessen the amount you inhale. Mold spores are counted by collecting a sample of particulates in the air, then identifying and counting the mold spores in the sample.

If humidifiers are necessary, scrub the fluid reservoirs at least twice a week to prevent mold growth. Air conditioners and dehumidifiers can also be a source of mold and should be cleaned.

To prevent mold and mildew buildup inside the home, especially in bathrooms, basements, and laundry areas, be aggressive about reducing dampness. Put an exhaust fan or open a window in the bathroom, quickly repair any plumbing leaks, and remove bathroom carpeting where moisture is a concern.

Also, scour sinks and tubs at least monthly. Fungi thrive on soap and other films that coat tiles and grout. For problem areas, use ordinary laundry bleach (one ounce diluted in a quart of water). Fungicides, chemicals that kill fungus, are less important than a good scrubbing. Fungicides may be added to paint, primer, or wallpaper paste to slow fungus growth on treated areas, but this will have little effect if excess moisture remains.

Meanwhile, small space heaters or a low-wattage light bulb may be useful in damp closets. Be careful where they are placed, though, to avoid creating a fire hazard.

Polyurethane and rubber foams seem especially prone to fungus invasion. If bedding is made with these foams, it should be covered in plastic. And throw away or recycle old books, newspapers, clothing or bedding.

Finally, promote ground water drainage away from a house. Remove leaves and dead vegetation near the foundation and in the rain gutters. Completely shaded homes dry out slowly, and dense bushes and other plants around the foundation often promote dampness. In the winter, condensation on cold walls encourages mold growth, but even thick insulation can be invaded if vapor barriers in exterior walls are not effective.

Article courtesy of the Asthma and Allergy Foundation of America. 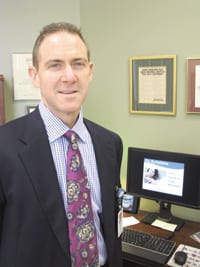 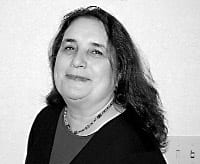