To hear Robert J. Suchecki tell it, the lines of some medical job advertisements might as well be fishing lines on a bad day for angling – no bites.
“We’ve had ads out for gastroenterology and dermatology, and we’ve had absolutely no responses. None,” said Suchecki, the CEO of Hampden County Physicians Group. “So, apparently, the word is out that Massachusetts is not the physician-friendly place to settle.”

Concerns about flagging physician recruitment to Massachusetts have become common laments, but never more so than in specialty fields such as cardiology, anesthesiology, and, of course, the two fields the physicians group is having trouble filling.

Some of the usual reimbursement and quality-of-life issues are usually named as primary reasons why, but other factors — such as soaring malpractice rates and chaotic scheduling — tend to hit the specialties harder, say the preparers of a Mass. Medical Society (MMS) report that details the struggles to attract medical professionals to the Commonwealth.

“These are nationwide shortages, but they’re naturally compounded by some of the challenges that take place in Massachusetts regarding physician reimbursement,” said Dr. Loring Flint, vice president of Medical Affairs for Baystate Health System.

Medical school enrollment figures and the tendency of some students to gravitate toward fields of opportunity could turn these trends around in the next decade, at least on a national level. But for now, the recruitment of specialists in Massachusetts looks to remain a challenging proposition.

Overall, 36{06cf2b9696b159f874511d23dbc893eb1ac83014175ed30550cfff22781411e5} of survey respondents felt the pool of physician applicants is inadequate to fill vacancies or expand practices, but that number rose much higher in seven troubled specialties. And more than one-third of respondents in five of those fields — radiology, anesthesiology, gastroenterology, neurosurgery, and orthopedics — reported a significant increase in the amount of time needed to recruit a new physician over the past three years.

When compared to other professional organizations, these lengths of time are extraordinarily long, the study asserted, and they also indicate lags that can affect patient access and availability of services.

Flint said he recognizes three of those specialties as particular recruiting challenges locally: anesthesiology, gastroenterology, and cardiology. However, he said, the hiring crunch was in some ways predictable in these fields, and there could be reason to believe it will ease up.

“This was a perfectly predictable medical trend,” Flint said, noting that specialties that boasted surpluses 10 or 15 years ago stopped drawing large numbers of medical students, and eventually retirements caught up, causing a shortage.

Primary care has been seeing a decline in interest in the past few years as well, perhaps based on the same perception — true or not — that jobs aren’t as readily available as they once were. In effect, what has happened there and in anesthesiology is the reverse of what is happening in nursing, with many students enrolling in nursing programs because of news of an expected wide-open job market.

“Students were not choosing anesthesiology as a specialty, so we ended up with a shortage,” Flint said. “The same sort of thing happened in gastroenterology. The good news is, there have been more medical students in the last couple of years going into anesthesiology, so that trend should resolve itself.”

In anesthesiology and gastroenterology in particular, he said, employers saw a flattening trend from medical students and looked overseas to fill positions. But as this option has slowed down the push for American graduates in these fields, some of those hires have been hindered by visa problems that must be resolved.

Gastroenterology, with a rise in the number of colonoscopies performed, and cardiology, with an explosion in procedures such as stents, have also fallen prey to their own growing importance on the medical landscape, with medical school enrollments still lagging behind a growing demand, he said.

Not all fields struggle with shortages to the same degree, of course, if at all. Surgical specialties such as ophthalmology, orthopedics, urology, plastic surgery, and pediatric surgery remain popular, according to studies, as do nephrology and endocrinology.

The New Face of Recruiting

Suchecki said that from his perspective, it’s much more reasonable to fill primary care positions than openings for hard-to-find specialists, and his physicians group did, in fact, recently hire eight physicians — though it wasn’t easy or inexpensive.

The challenge, he said, is balancing the expected outlays involved in bringing a new physician into the practice — including recruitment, training, and mentoring costs — with the potential income that can be generated. Because it often takes six months before a physician obtains hospital privileges, earns health plan credentials, and completes other preparations, these initial outlays become an important consideration.

Even with the recent hires, however, Suchecki still laments that some specialties receive no nibbles, and the cost of recruiting has risen to the point where it can affect the number of new hires that can be allotted — and that doesn’t even take into consideration the competitive benefits packages necessary to compete with other states.

“The cost to the group in hiring these physicians has been increasing more and more, and it can be prohibitive,” Suchecki said. “We’ve been laying out more and more money, while at the same time the potential income is very limited, so it’s the other physicians in the group who are absorbing some of the costs.”

That, in turn, can affect the ability of a practice to implement new technology and make other improvements that enhance quality of care.

“Because it has become more and more expensive to recruit and get physicians settled in their positions here, it affects the entire bottom line, and budgeting becomes difficult,” he said.

His role isn’t helped by soaring malpractice insurance rates, particularly in the most short-staffed specialties. For example, while premium costs rose by 14{06cf2b9696b159f874511d23dbc893eb1ac83014175ed30550cfff22781411e5} across the board in 2001, radiologists saw even greater increases than that, due in large part to the growing complaint of failing to diagnose cancer correctly or quickly.

Indeed, according to the ProMutual Group, the state’s largest provider of malpractice insurance for physicians, that particular charge is one of the most frequent and costly allegations made against physicians. And in the Commonwealth, overall malpractice claims have been steadily on the rise over the past decade, according to the Mass. Board of Registration in Medicine.

Meanwhile, plaintiff victories in court can be expensive; many attorneys admit that, because of the cost involved in bringing a case forward, they will accept only those suits with the potential of a six-figure payout.

Another reason for the sudden increases is the fact that, for almost a decade, insurance organizations that specialize in medical liability were subsidizing their rates — in effect, not charging their members enough — in an effort to procure more business. Over the past year, rates have been readjusted to show the true cost of the insurance. A similar trend of large rate increases in certain specialties occurred in the late 1980s and early 1990s for the same reason.

Still, that’s no comfort to medical students who see the rising malpractice rates, know about Massachusetts’ other problems with reimbursement, and simply decide that it’s not worth it to pursue a specialty career in the Bay State.

That’s making recruiting in these areas especially difficult — so much that it’s a year-round practice now, Suchecki said, whether or not a retirement is imminent. “If we have a physician retiring in one and a half or two years, we’ve got to start then to have a chance to replace them.
“We’ve had success in primary care and internal medicine,” he continued, “but the specialties have been a problem. We’ve had ads in medical journals, but with no response. It’s not a pretty picture.”

Unless trends that begin in medical school begin to shift in the opposite direction, it’s a picture that, at least in Massachusetts, will get no brighter. 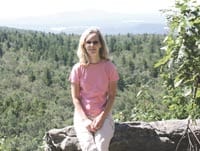