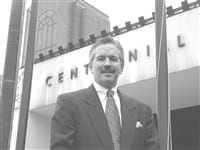 Mark R. Tolosky is concerned, and he’s not shy about telling people.
Perhaps that’s one reason why Tolosky, president and CEO of Baystate Medical Center, was chosen to lead the Mass. Hospital Association as board chairman for the 2002-03 term.

“We want to broaden and deepen the base of public support for our hospitals,” Tolosky said. “To that end, if I could have one goal fully realized 12 months from now, it would be that a majority of Massachusetts residents recognize that their local hospital is as critical to the well-being of their community as good schools and safe streets.”

But, in putting forth the effort to create that broader awareness of the role of hospitals, Tolosky and the MHA itself will continue to harp on the fiscal and quality-of-life concerns that have plagued the Commonwealth’s hospitals for some time — and only seem to be deepening, he said.

In short, he told The Healthcare News, this is a critical time to serve as the spokesman for the state’s top hospital trade organization — not because the outlook is bright, but because so much needs to be done to keep the region’s medical institutions open and healthy and make them attractive places in which to work. That job has only begun, he said, and it starts at the top — on Beacon Hill.

Studies increasingly show that Massachusetts is becoming less and less of a draw for the already limited pool of health care professionals in the United States, for a variety of reasons (see related story, page 11). But poor government funding, specifically a Medicaid system that reimburses about 70{06cf2b9696b159f874511d23dbc893eb1ac83014175ed30550cfff22781411e5} of the actual cost of care, ranks near the top, Tolosky said.

“We need to secure fair and adequate funding for our health care system, and that particularly applies to our governmental payers, federal and state,” he said. “And we need to keep the government accountable in its responsibility to finance the safety net care of the uninsured.”

In effect, Tolosky said, hospitals in every state are vying for the same reduced pool of physicians, nurses, and specialists, and a combative relationship between Bay State hospitals and government payers isn’t helping recruitment efforts here.

Insufficient staffing isn’t just a problem in concept, he added. When hospitals are stressed beyond flexibility, there’s nowhere to put sudden surges of patients, and the end result is emergency room patients being diverted to other hospitals, a growing concern in Massachusetts, he said. “That’s not necessarily an emergency room problem; it’s a hospital capacity problem.”

It’s also a growing problem, Tolosky asserted. As an active generation of Baby Boomers moves into retirement and medical science continues to add years to lives through new medications, joint and organ replacements, and other technological advances, the entire health care industry will feel even greater strain than today unless some negative trends are reversed, he said.

“We’ve got to ask the question whether we as a society have the capacity to accommodate the crunch which is coming,” he said. “Just how fast it’s coming and what it will look like, we don’t know, but it’s definitely coming. Even here at Baystate, we’re looking for ways to increase capacity; we’re at the upper limit of physical capacity throughout the facility.”

The MHA represents the interests of all acute, rehabilitation, and specialty hospitals in Massachusetts, focusing on advocacy for public policy, education, and initiatives aimed at improving the health care of residents. But those efforts need to go beyond actions that other bodies — lawmakers, for example — can take and also focus inward on what hospitals can do to improve their own care, Tolosky said.

One of those steps, already apparent in the industry, is a greater emphasis on patient safety and risk management, he said. Such a priority was inevitable on the heels of a 1998 report by the Institute of Medicine, claiming that between 44,000 and 98,000 Americans die each year as a direct result of their contact with the health care profession in hospitals alone.

Last year, the Joint Commission on Accreditation of Healthcare Organizations (JCAHO) followed by establishing stricter rules requiring hospitals to prevent mistakes and also to inform patients when they have been harmed due to a medical error. Like those organizations, Tolosky takes recent safety studies seriously.

“The MHA must determine its appropriate leadership role in advocating quality measurement and improvement efforts in safety initiatives that best support quality patient care,” he said.

“We have to work harder to create an environment that recognizes and rewards improvement instead of casting blame. I think by doing that and advancing information about some of these endeavors, we can build further public confidence in our health care system.”

Such progress, he added, can begin only after an honest assessment of even the most troubling studies. “These things caused all of us to look at how we can make the patient experience as positive as it can be and the patient care environment as safe as humanly possible. There’s good reason to believe we can make some significant advances in that regard.”

Improved care could be facilitated by stronger partnerships between hospitals that usually see each other as competitors, Tolosky said, as well as relationships between hospitals and area colleges. The idea is to first ensure that Massachusetts hospitals are well-staffed by skilled, motivated professionals, then to sell the state as a positive place in which to work. The healthier all hospitals are, he explained, the easier that recruiting job will be for each facility.

Tolosky is candid when it comes to the needs and concerns of hospitals across the Commonwealth — not just Baystate. That attitude is partly born of eight years on the MHA board, the last four as an officer. After his term as chair expires in June 2003, he will serve two more years on the board before stepping down.
As for being a spokesman and advocate for the hospital industry to lawmakers and other constituents, it’s a responsibility he welcomes.

“I’m very proud to have been asked by my colleagues and peers to lead our group,” he said. “I take the work very seriously, and we’re doing the best we can to improve the overall health care system in Massachusetts.”

Crossing the Plateau What to Do When Your Fitness Progress Stalls 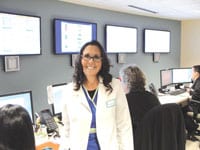