SPRINGFIELD — Using state-of-the-art equipment, American International College Professors Patrick Carley and Sue Davis measured weight distribution of students at Westfield North Middle School and Powder Mill Middle School in Southwick as part of a study on the use of backpacks and their impact on back health.
A special pressure plate from Israel was used to help determine the best way for a student to carry a backpack, and the best way for books to be carried inside the backpack, to attain optimal weight distribution.

“Students would stand on the plate, which would show us where the weight is distributed and where the students’ center of gravity lies,” said Carley. “We were also able to measure the angle at which a student stands while wearing the backpack and, as a result, able to determine the best position for a backpack to be worn.”

Carley added, “for years parents and students have debated whether it is better for backpacks to be carried higher or lower on the back.” A lot of homework means a lot of books, and a lot of books means students carry heavy backpacks, which can lead to back problems. There are many opinions on the best way to alleviate health issues related to backpacks, but up until now, no one has been able to officially settle the debate.

In addition to Davis and Carley, six AIC students assisted in the study, which Carley says he would like to eventually publish.

Carley has conducted several studies on weight distribution, including one on the use of specially designed shoe innersoles. These innersoles compress and then return to their original shape. “The material also molds to the foot to help evenly distribute body weight,” Carley said, noting that the pressure plate was very helpful in measuring and testing the innersole.

Carley recently presented his research on the innersoles during a seminar he presented during a physical therapy conference at the University of Amsterdam in Holland. He addressed work-related injuries and prevention of such injuries. 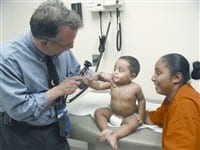 The Vaccination Gap There’s Danger In Not Immunizing Children On Time, Doctors Say 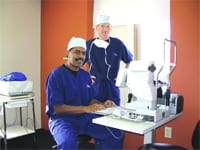