An odd thing happens at Angel Booths. An inspiring thing.

Often people come to the Angel Booths and identify themselves as staying at Brightside when they were kids,” said Jim Bastien, the center’s director. “They talk about how Brightside was a beneficial experience for them.”

It’s a reminder that this facility, which began 130 years ago as an orphanage and has kept the focus on young people ever since, continues to make a difference in people’s lives, Bastien said — and that goes for children and teenagers who struggle with issues of violence, abuse, and emotional neglect, and find a place of refuge — and a place to better themselves — at Brightside.

“It’s a community of healing and hope for kids who, for whatever reason, can’t be with their families for awhile,” he told The Healthcare News. Without such services, he said, many of these children would continue to be poisoned by their environment — or wind up in the criminal system with no hope.
The testimonies being heard at the Angel Booths tell a more positive story, however.

For most of the children who first enter Brightside’s doors, the outlook is anything but positive. The center’s workers know they are, in many cases, sorting through lives that have become train wrecks at an early age.

To respond to a wide variety of needs, Brightside’s offerings focus on four outreaches. One is the SAY program, which stands for sexually abusive youth, although the center uses the acronym far more than the potentially stigmatizing words, Bastien said. Two cottages on campus house up to 35 teens in this program.

Basically, SAY provides residential treatment and education for boys from age 13 to 17; the typical stay is two years, and teens are generally referred, as with most Brightside programs, by court systems, the Mass. Department of Social Services (DSS), and its counterpart agencies in other states.

Besides group counseling and individual therapy, and an emphasis on building life skills and self-esteem, each student — in SAY and all the other residential programs — is given an individualized education plan for everyday schooling. Brightside is, in effect, a publicly approved private school.

Similar in structure to SAY is the SRY program, which stands for sexually reactive youth. These are boys between 8 and 12 who are not sexual perpetrators but who have engaged in highly sexualized behavior. Many of them are also victims of parental abuse, trauma, or neglect. “We’re working with a very difficult population of kids,” Bastien said.

Thirdly, an “adolescent continuum” of services focuses on teenage boys between 13 and 17 who are prone to violent or aggressive behavior. Also victims of abuse or trauma in many cases, “they’ve had a hard time growing up and have not had the advantage of a positive environment,” Bastien said. Many are perpetrating a cycle passed down between generations, which is why Brightside works with families as well as with the teens.

Finally, a “latency age” program serves both boys and girls between 8 and 12 years of age, many of whom are victims of emotional or physical abuse and who cannot validate their emotional expressions. They tend to be angry, easily upset, defiant, and prone to impulsive outbursts.

“We want to have the best possible programs for the kids,” Bastien said. “We want to incorporate throughout our services the best practices available for working with that population” — and that means changing as the times — and the latest research — dictate.

For example, in the latency program, Brightside has begun to use a concept known as dialectical behavior therapy, which works well for people who have difficulty regulating their emotional responses to everyday events, Bastien said.

It involves plenty of individual counseling, a group skills aspect, and large doses of coping skills. The specific methodology, developed at the University of Washington in Seattle about a decade ago, will be taught to Brightside’s counselors in a formal training program.

Another innovation, the teaching family model, stresses academic and pre-vocational skills alongside social skills, reinforced by rewards for appropriate behavior and mild but effective discipline for inappropriate conduct. Cultivated in Boys Town and Girls Town in Nebraska, the specific framework is recognized as a model program by the U.S. Surgeon General’s office.

These are just two examples of how the center must continually look outside itself to what kinds of innovative programs might be useful, Bastien said, adding that Brightside should never remain a static institution.

“My job is to bring these models to Brightside and to give the staff the best tools available to help kids handle the circumstances that life has handed them,” he said.
Growing Needs

Besides its residential treatment programs, special education efforts, and family support services, Brightside also offers a range of outpatient mental health and substance abuse services. It’s a growing niche for the center, which provided about 300 hours of counseling to clients in 1989. Today, it offers more than 50,000 hours of counseling every year. This trend has corresponded to a growth in the school and residential programs, which have doubled over the past decade.

Brightside is also known for its Adoption Resource Center, which arranges adoptions for families worldwide — appropriate, considering the center’s beginnings as a Sisters of Providence orphanage for 60 children in the late 1800s.

In fact, among all its residential and outpatient programs, Bastien said, Brightside affects some 400,000 lives each year, counting both patients and their families. The facility is also wary of Holyoke’s demographic needs. In 1990, specialized service to the Latino community was limited, but now 30 therapists are on board dedicated to meeting the needs of Latinos.

The need for Brightside’s services for all cultural groups isn’t going away anytime soon, Bastien added. The economic slowdown that still has not ended has placed added stress on all families, and in families already dealing with abuse, neglect, and violence, financial strain is often the spark that sets off a powderkeg of problems.
“Particularly when economic times are difficult, families that are already struggling to get by really start to struggle,” Bastien added, “and the result of this kind of stress is often an increase in the number of referrals we get.”

As one evidence of that, during better times, Brightside normally sees its referrals drop in the fall. This year, with unemployment figures on the rise, they have only increased.

“As people lose their jobs, there are less resources available to them, and the despair index goes up,” Bastien told The Healthcare News. “People begin to experience severe stress, and sometimes that gets directed at their kids.”

Into a New Century

Throughout its history, Brightside has seen troubled children and teenagers from two perspectives: those who have become abusive of themselves and others and those who, because of their environment, threaten to head down the same path.

And for many, it’s a path that ends with opportunities they couldn’t have foreseen — which brings Bastien back to the image of former clients visiting the Angel Booths in their local malls, just to say hello and visit with old family for a few moments.

“They tell us that they still consider it their home,” Bastien said. And it’s a home whose reach in Massachusetts and beyond could not possibly have been predicted by the sisters who first opened their doors to children in need. 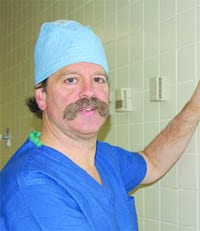