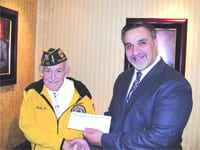 “Excellent health care is essential to our community, and the support from the American Legion of Palmer will help us provide the best possible care for the residents of Quaboag Hills,” said Cavagnaro. “Through its generous donation, the American Legion has demonstrated its investment in the future of Wing Memorial Hospital, and we look forward to the building’s grand opening next spring.”

The new addition of Wing Memorial will replace the hospital’s current inpatient and ambulatory surgery units. Also, the new addition will include a state-of-the-art telemedicine system in the Special Care Unit, a new entry and registration area, and more private rooms on the inpatient unit. 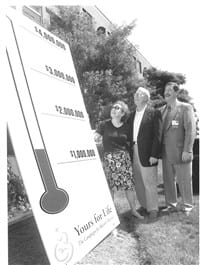