PITTSFIELD — Berkshire Health Systems (BHS) has been recognized as one of the nation’s ’Most Wired,’ according to the results of the 2012 Most Wired Survey, released in the July issue of Hospitals & Health Networks magazine.

Berkshire Health Systems was one of only nine health systems or hospitals in Massachusetts ranked among the nation’s most wired for 2012.

The nation’s most-wired hospitals are leveraging the adoption and use of health information technology (IT) to improve performance in a number of areas, according to the survey. As a field, hospitals are focused on expanding and adopting IT that protects patient data and optimizes patient flow and communications.

“Berkshire Health Systems has had a strong focus on the electronic health record [EHR] for the past decade in order to further improve patient care, and was a regional leader in the implementation of integrated electronic systems, including CPOE, diagnostic imaging, and a comprehensive medication-management system,” said William Young, chief information officer for BHS. “We have moved beyond the hospital and are collaborating with community physician practices to expand the EHR system, which helps us to improve quality and patient safety.”

Among the key survey findings this year:

“As shown by these survey results, hospitals continue to demonstrate how IT not only can be used to improve patient care and safety, but is also a means to improve efficiency,” said Rich Umbdenstock, president and CEO of the American Hospital Assoc.

Of note, nearly one half of the most-wired hospitals utilize social media for community outreach and crisis communication, compared to one-third of total respondents. More than 25{06cf2b9696b159f874511d23dbc893eb1ac83014175ed30550cfff22781411e5} offer care-management messages and chats with physicians.

Understanding Lead Poisoning\ While Progress Has Been Made, a Serious Health Issue Remains 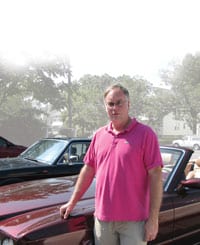