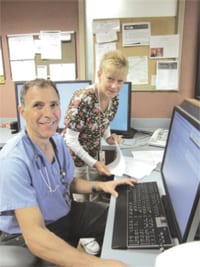 WARE — Hand, foot, and mouth disease, a mild, contagious viral infection common in young children, is characterized by sores in the mouth and a rash on the hands and feet.

“The virus is most commonly caused by a coxsackievirus, can occur at any time of year but is most common in the summer and fall, and often the disease breaks out within a community,” said Dr. Richard Gerstein, chair of Emergency Medicine at Baystate Mary Lane Hospital.

According to the Centers for Disease Control and Prevention, hand, foot, and mouth disease is spread from person to person by direct contact with the virus through nose and throat secretions such as saliva, sputum, or nasal mucus, fluid in blisters, and the stool of infected persons. The viruses may be spread when infected persons touch objects and surfaces that are then touched by others. Infected persons are most contagious during the first week of the illness.

The viruses that cause hand, foot, and mouth disease can remain in the body for weeks after a person’s symptoms have gone away. This means that infected people can still pass the infection to others even though they may appear well. Also, some people who are infected and shedding the virus, including most adults, may have no symptoms. Hand, foot, and mouth disease is not transmitted to or from pets or other animals.

“Once exposed to the virus, it usually takes 3 to 6 days for a person to get symptoms,” said Gerstein. “Hand, foot, and mouth disease usually starts with a fever, poor appetite, a vague feeling of being unwell, and a sore throat. A day or two after the fever starts, painful sores usually develop in the mouth. They begin as small red spots that blister and that often become ulcers. A skin rash may also develop over one to two days. The rash has flat or raised red spots, sometimes with blisters. The rash is usually on the palms of the hands and soles of the feet; it may also appear on the knees, elbows, buttocks, or genital area. The sores and blisters usually go away in a week or so.

“Most children who develop hand, foot, and mouth disease require little medical attention; it’s a virus that just needs to run its course,” he continued. “If your child has a relatively mild case of this illness, you won’t have to do much beyond watching his temperature and making sure he’s taking in enough liquids and food. However, dehydration can be a concern if the sores in the mouth become extremely painful, which might make it difficult for a child to eat and drink. If a child refuses to drink, he or she should be examined by a physician and may need IV fluids to keep from becoming dehydrated.”

People can reduce their risk of infection from hand, foot, and mouth disease by washing their hands often and thoroughly, washing and disinfecting toys and other objects that might have germs on them, and trying to avoid infected children.

“Hand, foot, and mouth disease is common in children but can also occur in adults. Health complications are not common, if you’re not sure that you are dealing with hand, foot, and mouth disease, your pediatrician or family practitioner can confirm a diagnosis by taking a look,” said Gerstein. “As always, when in doubt, trust your instincts and call your doctor when your child is sick, especially if you think that your child is ill-appearing, if your child’s symptoms are worsening, even if he was recently seen by the doctor.” 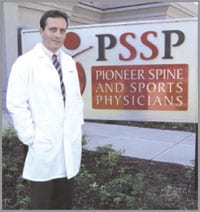