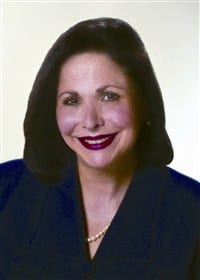 Each year, about 80 women across Massachusetts die from cervical cancer. But state Rep. Gale Candaras says they don’t have to.

That’s why the Wilbraham Democrat has launched what she calls a “challenge to eliminate cervical cancer,” both by supporting a national awareness effort and introducing legislation in Boston that promotes education and access to cervical cancer screening for women in the Bay State.

“No woman should die of cervical cancer,” Candaras said at a recent press conference in Springfield announcing her initiative. “Two key changes will help us eliminate this highly preventable and treatable disease.

“First,” she continued, “we need more education and wider access to screening, and second, women need to be screened with greater accuracy, so that early intervention is possible.”
These are goals already embraced by the medical community in the fight against a wide range of cancers, but Candaras believes lawmakers can improve the playing field for women, especially low-income women, by working together with health agencies to improve access to education and medical resources.

Although cervical cancer claims 4,100 lives per year, and 12,200 new cases are reported annually, the rates have actually fallen over the past 60 years because of widespread use of Pap tests, Candaras added. And although the goal of eliminating those deaths seems like a longshot to many, she said the potential is clearly there — if all women can be convinced to do their part. And that starts with awareness.

Why is it important to encourage diligent screening? For starters, pre-cancerous changes of the cervix usually do not cause pain, generally do not cause any symptoms, and are not detected without a pelvic exam and a Pap test.

Furthermore, symptoms usually do not appear until abnormal cervical cells become cancerous and invade nearby tissue. When this happens, the most common symptom is abnormal bleeding.

Regular testing, Candaras asserts, can prevent many cases from reaching this stage. And with medical techology advancing so rapidly, cancer screening and diagnosis is a radically different world than it was even a decade ago.

For example, Candaras points to the recent approval by the U.S. Food and Drug Administration of a DNA-based test for human papillomavirus, or HPV — the cause of virtually all cervical cancer cases — and believes that development gives the government and medical community a tremendous opportunity to reduce the number of cervical cancer deaths.
“It is particularly important that we reach out to women of lower socioeconomic status, because they often have less access to information and the latest medical tests,” the representative said.

“My legislation addresses these important issues by establishing a commission that will, among other things, raise public awareness of the new technology, strategize about preventing cervical cancer through newly developed vaccines, and identify legal and insurance issues that may impede our effort going forward.”

Specifically, the bill calls for the creation of a 17-member commission comprised of lawmakers, the state epidemiologist, and representatives of the American Cancer Society, the American College of Obstetrics and Gynecology, a women’s health organization, and the health insurance industry.

That commission will have five responsibilities, Candaras said:

• To undertake a statistical and qualitative examination of the prevalance of cervical cancer;
• To raise public awareness of the causes and diagnosis of cervical cancer, as well as risk factors, the value of prevention, early detection, options for testing, treatment costs, new technology, reimbursement of care costs, and physician education;
• To identify strategies, new technologies, or newly introduced vaccines that are effective in preventing and controlling the risk of cervical cancer;
• To identify and examine the limitations of existing laws, regulations, programs, and services as they relate to awareness and treatment of cervical cancer; and
• To collect reports from individuals, local health departments, community-based organizations, health agencies, and other groups concerning their contributions to cervical cancer diagnosis, treatment, and prevention, as well as their ideas for improving diagnosis and treatment.

The commission would then be charged with bringing recommendations back to the full legislative body within four years, along with any legislation that arises from those recommendations.

Candaras is not acting in a vacuum. The effort is part of a national campaign with the same goals, launched by Women in Government, a Washington, D.C.-based group representing state-level elected officials. This group, like Candaras, is convinced that increasing awareness of, access to, and insurance coverage for cervical cancer screenings can make a huge impact nationwide.

“HPV DNA testing offers new hope that we can finally eliminate cervical cancer,” said Dr. Marie Savard, an internist and advocate for patients’ rights. “By determining their HPV status, women can be monitored more closely to ensure that serious cervical cancer is not missed. In addition, women who are HPV-negative can be reassured by knowing that they are not at current risk of cervical cancer. This is extremely empowering for women.”

Last year, the non-profit, bipartisan Women in Government established a Cervical Cancer Task Force to improve education and screening programs for women, as well as develop an HPV and cervical cancer education program for state legislators and health officials.

Since that time, members have passed a bill in North Carolina and introduced a resolution in Indiana, with legislation in the pipeline in other states. Candaras clearly hopes Massachusetts can be one of the banner-raising states when it comes to this often-fatal health issue.

“I call on my colleagues in the House and Senate,” she said, “to support this effort to ensure that no family in Massachusetts loses a mother, wife, or sister to cervical cancer.”
That’s an ambitious goal — but one she believes is reachable