SPRINGFIELD — Anne Marie Buonocore was recently named associate director of Graduate Nursing at American International College. At AIC, Buonocore will further the evolution of the MSN program, including the RN-MSN, and plans to investigate the addition of public health and geriatrics tracks for advanced practice nurses. Buonocore earned her Ph.D. from the College of Nursing at the University of Connecticut, where her doctoral dissertation queried accelerated nursing education. Buonocore was a staff nurse from 1985 to 1992 at the University of Connecticut Health Center in the Maternal/Fetal ICU, and during that time earned a BSN from St. Joseph College in West Hartford, Conn. Her interest in nursing education and women’s health led to a MS degree from Syracuse University as a clinical nurse specialist and then a research position at the Ottawa General Hospital in Ontario, Canada. More recently she was employed on the faculty at Southern Connecticut State University in New Haven, and she also developed the RN-BSN program at the University of Hartford. In May 2012, she received the Nightingale Award for outstanding leadership in recruitment and retention of RN-BSN candidates.

NORTHAMPTON — Jeff Harness, a long-time community-health leader, has been named director of Integrated Care and Population Health at Cooley Dickinson Hospital, and will have a key role in preparing the health system for the rapidly changing environment of health care delivery. Harness comes to his new role after 16 years as director of the former Western Mass. Center for Healthy Communities, where he provided regional and statewide leadership on public health, especially prevention. Craig Melin, president and CEO of Cooley Dickinson, said Harness is uniquely suited to build a community program to integrate care management across multiple settings, including physician offices, the VNA and Hospice, the hospital, nursing homes, and other providers. “In the fee-for-service world, health care is paid for by test, visit, and procedure, a piecework approach in which providers could function independently,” Melin said. Harness will continue supporting the Cooley Dickinson board of trustees’ healthy communities committee and leading CDH’s community-benefits program. In addition, he will serve as Cooley Dickinson’s government-relations point person. Harness holds a master’s degree in Public Health from UMass Amherst and a bachelor’s degree from Indiana University in Bloomington.

SPRINGFIELD — After a nationwide search, Dr. Kevin Hinchey was recently named senior vice president and chief academic officer at Baystate Medical Center. Hinchey, who served for the past year as interim chief academic officer, will continue to provide strategic oversight for the education of medical students, residents, and fellows at Baystate Medical Center, as well as coordinate the hospital’s academic affiliation as the western campus of Tufts University School of Medicine. He will also oversee all research at the health system. “During Dr. Hinchey’s tenure at Baystate, he has been a strong leader of our many departments in the Academic Affairs Division, including the directors of our 10 residency and 16 fellowship programs, as well as in a variety of other areas such as our medical library and simulation lab,” said Dr. Mark Keroack, chief physician executive at Baystate Health. A graduate of Williams College and Tufts University School of Medicine, Hinchey served as chief resident in Internal Medicine at Baystate Medical Center from 1991 to 1992 and, for more than a decade, has led the Internal Medicine Residency Program to national prominence, showcasing innovative programs in the development of resident competencies, the advanced use of simulation, and the integration of quality improvement into medical training.A master teacher, Hinchey has been the recipient of numerous awards and recognitions, including Tufts’ Zucker Clinical Teaching Prize and the Hampden District Medical Society’s Oliver Wendell Holmes Award for contributions to medical education, as well as 13 Excellence in Teaching Awards from both Baystate Medical Center and Tufts University School of Medicine.

SPRINGFIELD — Dr. Mark Kiely has joined the Department of Surgery at Baystate Medical Center, the western campus of Tufts University School of Medicine. Kiely, a board-certified surgeon, specializes in colorectal surgery and has a special interest in inflammatory bowel disease, colorectal cancer, and anorectal disorders. He earned his medical degree from the University of Dublin, Trinity College in Ireland, and later completed his general surgery residency at the Medical College of Wisconsin in Milwaukee, as well as a colorectal surgery fellowship at the Cleveland Clinic in Ohio. Kiely also serves as an assistant professor of Medicine for Tufts University School of Medicine.

PITTSFIELD — Dr. Krithi Bangalore Ramesh, an endocrinologist specializing in diabetes care and metabolic disorders, was recently appointed to the medical staff of Berkshire Medical Center and the Endocrinology & Metabolism at BMC practice. Previously, she served as a hospitalist at Academic Internal Medicine Specialists in Southfield, Mich. Ramesh is board-certified in Internal Medicine and fellowship-trained in endocrinology, diabetes, and metabolism from Wayne State University/Detroit Medical Center. She received her medical degree from Bangalore Medical College in Bangalore, India, and completed her residency in internal medicine at Wayne State University/Detroit Medical Center and Sinai Grace Hospital in Detroit. Ramesh is partnering with Dr. Brian Phillips at Endocrinology & Metabolism at BMC in Pittsfield.

SPRINGFIELD — Joel Vengco, a national leader in the health-information-technology industry, has been appointed vice president and chief information officer for Baystate Health, where he will be responsible for evolving the system’s information-technology (IT) strategy. Vengco’s experience in technology and informatics spans the vendor, hospital, and academic realms. He most recently served as vice president and general manager at GE’s $1.5 billion Healthcare IT unit, where he led the organization’s global eHealth business. Under his leadership, GE developed the next generation of health care IT solutions focused on population health management, interoperability, and care collaboration. Prior to his role at GE, Vengco served as chief applications officer and director of IT at Boston Medical Center, where he was responsible for a portfolio of applications that included the electronic health record, digital imaging, ancillary solutions, revenue cycle, and software development. He also served as the chief architect of Boston HealthNet’s Community Information Exchange, which enabled information sharing and interoperability between Boston Medical Center and its partnering community health centers. Vengco holds a master’s degree in medical informatics sciences from Boston University School of Medicine, a master’s in Biological Sciences from Harvard University, and a bachelor’s degree from Boston College. He is a senior fellow at Boston University’s Health Policy Institute and an adjunct professor at the BU School of Management. Nationally recognized for his accomplishments in the field of information technology and informatics, Vengco was designated in 2010 as one of the top 25 IT Managers by Information Management magazine, as well as one of the top 25 Clinical Informaticists in the country by Modern Healthcare magazine. 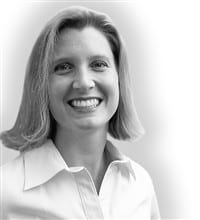