Scientists once believed erectile dysfunction (ED) — was a problem only of the mind and not of the body. But recent data suggest a physical (or organic) cause in more than half of all cases, especially those involving older men.

It is estimated that between 15 to 30 million American men suffer from ED, although not all men are equally distressed by the problem. But what is involved in impotence and what is available to correct it? The following information should help you talk to your urologist about this frustrating issue, and some of the options that may help solve it.

Erectile dysfunction refers to the inability of a man to attain and maintain an erection sufficient for intercourse. It occurs when there is reduced blood flow to the penis or nerve damage, both of which can be triggered by a variety of factors.

Scientists once believed that ED was an emotional issue alone. But today they know that physical factors are just as important as psychological triggers — stress, marital/family discord, job instability, depression, and performance anxiety — in provoking this problem. It is important to note that hundreds of medications can also contribute to impotence while they fight allergic reactions, high blood pressure, ulcers, fungal infections, anxiety, depression, and psychoses.

The following risk factors in men are known to contribute to ED:

What are the Symptoms?

Failing to achieve and/or sustain an erection is the primary sign of ED. But diagnosing the specific cause and prescribing appropriate treatment usually require a variety of tests, beginning with a complete history and physical examination.

Your doctor may order additional laboratory tests to assess any conditions that may be interfering with normal erectile function, particularly arterial flow to the penis. A blood test, for instance, is normally used to reveal blood lipids and triglycerides, both of which indicate atherosclerosis if elevated. A urinalysis identifies protein and glucose levels that can suggest diabetes.

An imaging technique called duplex ultrasound may also be used. It monitors blood flow, vein leaks, scarring of erectile tissue, and some signs of atherosclerosis. During the test, an erection may be produced by injecting the stimulator prostaglandin into the penis and then measuring vessel expansion and penile blood pressures and flow, both of which are compared to the limp penis. In either case, duplex ultrasound can illustrate a specific blood-vessel disease that may rule out a need for vascular surgery.

How Is ED Treated?

The past several decades have ushered in a new treatment era for ED. Because of the advent of many advances, today urologists are helping millions of impotent men perform better and longer. Some options are:

In fact, you are not a candidate for either penile vascular surgery if you have insulin-dependent diabetes or widespread atherosclerosis. You are also not suited if you still use tobacco or experience consistently high blood-serum cholesterol levels. Neither of these surgeries will work if you have injured nerves or diseased and/or generalized damaged blood vessels. Also, if you are a candidate, be aware that vascular surgeries are still considered experimental by some urologists and may also not be covered by your insurance.

Most of the best-known treatments for ED have excellent track records for being both effective and safe. But in making your choice, make sure to discuss the potential complications of each option with your doctor.

For instance, the good news about a penile prosthesis is that it does not usually affect urination, sex drive, orgasm, or ejaculation. But on rare occasions, these semi-rigid, silicone-covered rods or hydraulic devices can cause pain or reduced sensation. While injections can initiate erections within 15 minutes to several hours, be aware that they also can produce prolonged or painful ones, not to mention a scarring of penile connective tissue (fibrosis).

Sildenafil, tadalafil, and vardenafil have nearly 80{06cf2b9696b159f874511d23dbc893eb1ac83014175ed30550cfff22781411e5} success rates, primarily because they are a solution that works within one hour. But on occasion they can cause headaches, flushing, indigestion, or muscle aches. Also, if you have heart disease or low blood pressure, the U.S. Food and Drug Administration cautions a thorough examination before getting a prescription. You cannot take these drugs if you are taking nitroglycerine or any similar drug. v

This article was prepared by the Urology Care Foundation. 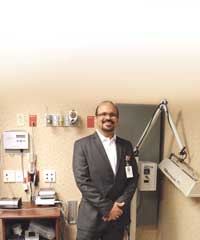