NORTHAMPTON — Registered nurses at Cooley Dickinson Hospital (CDH) voted 103-19 earlier this month to approve a two-year contract that gives nurses a 6{06cf2b9696b159f874511d23dbc893eb1ac83014175ed30550cfff22781411e5} pay increase, step raises, shift differentials, vacation time, and bonuses.
Kim O’Connor, RN, chairperson of the Cooley Dickinson Hospital Nurses Unit of the Mass. Nurses Assoc. (MNA), describes the ratified contract as an attractive recruiting tool for CDH and says the “financial packages will not only help to recruit new nurses but will create incentives and rewards for current nursing staff.”

Sharron Gazior, vice president of Human Resources and a member of the administrative team that participated in the negotiations, calls the contract “very positive,” noting a 6{06cf2b9696b159f874511d23dbc893eb1ac83014175ed30550cfff22781411e5} pay increase, retroactive to January, step raises for each year of the contract with additional step raises at 10, 12, 16, and 20 years, and additional vacation time for nurses with 20 or more years of service.

Speaking of some of the contract particulars, Gasior said the financial perks are tailored to nurses on a variety of levels. “We have increased pay differentials for nurses with bachelor’s degrees from $10 per week to 50 cents more per hour,” she said. “Nurses with master’s degrees will now receive $1 more per hour versus a flat rate of $20 per week. Even our expert nurses, who help mentor and train other nurses, will be rewarded with an increase in differentials.”

Of the 19 who voted against the contract, O’Connor said they were mostly concerned with mandatory overtime. The new contract begins a conversation with administration around that subject, she said. 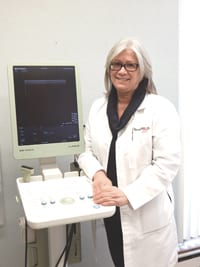