WESTFIELD — Diane Brunelle, vice president of Patient Care Services and chief nursing officer at Noble Hospital, received the Distinguished Alumni Award at the Elms College Commencement ceremony at the MassMutual Center on May 19.

Brunelle was a member of the first RN to BSN class at Elms College in 1984. Since 2006, she has served as vice president of Patient Care Services and chief nursing officer at Noble Hospital in Westfield. Brunelle has increased patient satisfaction at Noble to the highest levels in the hospital’s history, and is currently working on a five-year strategic expansion of the hospital.

Brunelle received a master’s degree in Nursing Administration from UMass in 1992. She is a 2005 graduate of the Wharton Nursing Leaders Program through the Wharton School and Leonard David School of Health Economics at the University of Pennsylvania. She holds advanced board certification in nursing administration from the American Organization of Nurse Executives. She has been published numerous times and has lectured at various nursing workshops and seminars about obstetrics and nursing leadership. Brunelle is currently a board member of the Greater Westfield Chamber of Commerce and the Healthcare Workforce Partnership of Western Massachusetts.

SPRINGFIELD — The Center for Human Development (CHD) recently named Audrey Higbee to the new position of chief program officer, where she will oversee more than 40 programs of CHD in Massachusetts and Connecticut.

For more than 30 years, Higbee has worked at CHD, beginning as a registered nurse and program coordinator in the agency’s Holyoke mental health program. Most recently, she served as vice president of Adult Services, overseeing the adult mental health programs in Massachusetts and Connecticut, the developmental disabilities programs, as well as CHD’s social enterprises.

Jim Goodwin, president and CEO of CHD, said Higbee’s “passion and commitment for the good work that CHD does is remarkable, and we look forward to the opportunities that Audrey’s talent can bring to all of our programs and services.”

Higbee earned a master’s degree in Nursing from UMass and a bachelor’s degree from Connecticut College.

SPRINGFIELD — Jeffrey LaValley was recently appointed the associate director of Development at Shriners Hospital for Children.

LaValley’s primary responsibility is to expand fund-raising efforts through philanthropic sources, both private and public, in support of the hospital’s programs and services. He will play a pivotal role in building awareness, both locally and regionally, of capital, major, and planned opportunities, and will also maintain relationships with hospital-affiliated Shrine temples and the local community.

LaValley formerly served as community development coordinator at Noble Hospital in Westfield, and prior to that, he was the director of Alumni and Parent Relations at Keene State College in Keene, N.H. He received a bachelor’s degree in Journalism/Public Affairs in 1988 and a master’s in Education in Curriculum and Instruction in 1999 from Keene State College. LaValley brings nearly 20 years of experience working in higher education and health care settings, including a background in public relations, marketing, event and program management, as well as knowledge of annual-fund and major-gift strategies, volunteer management, and board development.

WESTFIELD – Dr. Heather Sankey was recently appointed to the Noble Hospital Women’s Health Partnership as an ob/gyn. She completed her medical degree at Hahnemann University School of Medicine in Philadelphia, and performed her residency in obstetrics and gynecology at Baystate Medical Center.

Sankey is board-certified in obstetrics and gynecology. She is currently serving as the program director for the ob/gyn residency program and as the chief for the Division of General Ob/Gyn at Baystate. She holds recognition as a fellow of the American Board of Ob/Gyn, as well as the title of diplomat for the board. Along with holding numerous appointments with Baystate Medical Center, Sankey has been given multiple awards from Tufts Universtity School of Medicine in Excellence in Teaching.

SPRINGFIELD — Susan Tapases recently accepted the position of physician liaison at Shriners Hospital for Children. Tapases has been a Shriners Hospital employee for 10 years, serving in the capacities of New Patient Services, Admissions, and Telemedicine. She will be responsible for meeting with pediatricians, family physicians, and orthopedic surgeons throughout New England and Upstate New York. Prior to joining Shriners Hospitals, she worked in adult medicine at Mount Sinai Hospital in Hartford, gaining experience in orthopedics, rehabilitation, and chronic pain management. Tapases is a graduate of Bay Path College and American International College.

SPRINGFIELD — American International College President Vincent Maniaci has named Dr. Cesarina Thompson the new dean of the School of Health Sciences. Thompson is a nationally recognized nursing educator. With more than 25 years of teaching and administrative experience in higher education, she presently serves as the interim associate dean of the School of Health and Human Services and professor of Nursing at Southern Connecticut State University, where she served as chairperson of the Department of Nursing for 13 years. She was responsible for facilitating innovative program development at the undergraduate and graduate levels to meet workforce and professional needs.

Thompson was inducted as a fellow in the National League for Nursing’s Academy of Nursing Education for her research and scholarly activities focusing on advancing nursing education. She has been the recipient of numerous internal and external grants to support program development and expansion. Most recently, Thompson played a key role in the development and approval of a unique, inter-institutional doctoral program to prepare future nurse educators. In addition, she was recognized by the New Haven Business Times as one of 20 Noteworthy Women for her leadership activities in advancing nursing education.

Thompson has served on several national task forces focusing on nursing-education issues, delivered presentations at national and international conferences, and authored journal articles and book chapters related to nursing education and academic leadership. Professionally, she has served as the chairperson of the Connecticut League for Nursing Council of Deans & Directors, regularly serves as team leader for the Commission on Collegiate Nursing Education, and is active in statewide professional organizations.

PITTSFIELD — Dr. Otto Villa has been appointed pulmonologist and critical-care specialist with the medical staff of Berkshire Medical Center (BMC). Villa will also perform duties on the physician staff of Pulmonary Professional Services of BMC. He joins Drs. Daniel Doyle, Jack Ringler, Michael Mortelliti, and Twinkle Chandak in providing pulmonary and critical-care services to patients throughout the Berkshires.

Villa recently served as co-director of the Intensive Care Unit at Holyoke Medical Center. Previously, he specialized in the treatment of sarcoidosis, interstitial lung diseases, and lung-transplant cases at Mount Sinai in New York City, where his work has been published in several medical journals.

Villa is board-certified in internal medicine, pulmonary diseases, and critical-care medicine. He received his medical degree from Universidad Pontificia Bolivariana Medical School in Medellin, Colombia. He also has a Ph.D. in Immunology and Biochemistry from Wake Forest University. He completed his residency in internal medicine at Saint Agnes Hospital of Baltimore, a teaching affiliate of Johns Hopkins Medical School. Villa is fellowship-trained in allergy and clinical immunology from Brigham and Women’s Hospital, and in pulmonary and critical-care medicine from Tufts-New England Medical Center, both in Boston.

LONGMEADOW – The National Assoc. of Home Care and Hospice (NAHC) has selected Ava Wills, a nurse with Jewish Geriatric Services’ Spectrum Home Health and Hospice Care, as the top home-care or hospice nurse in Massachusetts.

The award coincided with National Nurses Week, which was celebrated May 6-12. The NAHC asked its 33,000 members, affiliated state associations, and the American public to help identify the top hospice and home care nurses in the nation. The nominations were evaluated by a committee of experts who chose the top 50, and one nurse was selected per state. All 50 awardees will be invited to attend the NAHC annual meeting in Orlando, Fla., in October. The American public and the NAHC membership, including home health care nurses themselves, will have the opportunity to vote on NAHC’s Web site to select the Home Care and Hospice Nurse of the Year.

NAHC is a nonprofit organization that represents the nation’s 33,000 home-care and hospice organizations. NAHC also advocates for the more than 2 million nurses, therapists, aides, and other caregivers employed by such organizations to provide in-home services to some 12 million Americans each year who are infirm, chronically ill, disabled, and dying. 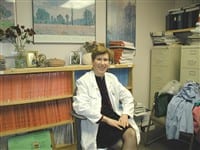