Cooley Dickinson has a vintage 1973 Emergency Department — functioning well beyond its expected lifespan.

Even though this older facility has been a workhorse through the pandemic, helping support its community through what is now four waves of COVID-19, it has some obvious bottlenecks. Due to a constriction of space, those at Cooley Dickinson have found themselves getting creative, using hall beds in order to get by. However, an intriguing, $15.5 million solution is currently in the works for 2023.

“We looked at the entire institution, and the Emergency Department emerged as the number-one priority,” said Diane Dukette, chief Development officer at Cooley Dickinson. “Then came the pandemic, and that only further heightened that need we had to take over the endoscopy space to create a specialized respiratory Emergency Department.”

This project was delayed due to the COVID-19 pandemic; the initial plan was to start in 2020. However, this has allowed for plenty of time to plan, and those at Cooley Dickinson are feeling optimistic about the current timeline.

We looked at the entire institution, and the Emergency Department emerged as the number-one priority.”

“The more planning you put into this, the better your construction phase is going to be, so we plan to really work with Consigli, our construction manager, to roll out a good phased-construction plan so it goes smoothly,” said Dr. Robert Redwood, an emergency-medicine specialist at the hospital.

Since this project is occurring in an endemic-COVID world, the plan is incorporating HVAC needs like filters and negative airflow throughout the Emergency Department. This will be essential for taking care of patients during an ongoing respiratory pandemic, Redwood said.

The ED expansion and renovation project continues to be the top priority of the organization. The Emergency Department is roughly 40% undersized right now for the population it serves, and that figure does not take into account the Pioneer Valley’s constantly growing population.

Due to the current space limitations in the existing ED, Cooley Dickinson’s staff strategically makes decisions every day about where to put patients. This is not ideal for anyone, but the staff is doing everything they can to ensure patient care, Dukette said.

“Our staff are spending more time doing workarounds and showing up and providing exceptional care in this space,” she told HCN, adding that more space will allow them to do their jobs more efficiently.

Redwood spoke of the ‘triple aim’ in healthcare, which focuses on better outcomes, population health, and patient satisfaction. Now, there’s been considerable interest in a ‘quadruple aim.’ The Institute for Health Improvement has developed a four-part framework which includes care for the care team — something that has been key during this pandemic, he said. This factor will certainly be reflected in the upcoming project.

We are sort of in the midst of a burnout epidemic as well during the COVID epidemic, and we want our facilities to be a place where staff feel proud to work and are able to take care of patients but also take care of themselves.”

“There’s going to be good lighting for the staff, staff respite areas and we’ll really try to take care of the people providing the care as well,” he said. “We are sort of in the midst of a burnout epidemic as well during the COVID epidemic, and we want our facilities to be a place where staff feel proud to work and are able to take care of patients but also take care of themselves.”

It has been firmly established that crowding in emergency departments leads to poor outcomes, which is especially evident from the ED crowding that has been seen across the nation due to COVID-19. This has only emphasized the importance of streamlined processes where medical professionals can move their patient population through their space and get the emergencies diagnosed and stabilized in a rapid fashion, Redwood said.

“There are time-sensitive drugs,” he explained. “If you come to the emergency department with a stroke, my goal is to get you tPA — it’s called alteplase — within 60 minutes, and a key step there is getting this CT scan in a timely fashion, so the closer the CT is, when it’s co-located in the department, the quicker you can do those critical-care pathways.”

“These sound like no-brainers now, but they’re really not no-brainers,” Redwood explained. “You have to build it, you have to design it, elegantly. When patients come into the ED with dementia, they can easily have sensory overload, and then have behavioral changes due to sensory overload, so you want to have an environment that supports care for patients with dementia.”

Cooley Dickinson’s Emergency Department has received geriatric emergency department accreditation by the American College of Emergency Physicians, making it a pioneer within its larger healthcare system, Mass General Brigham. Indeed, it is the first hospital within the 13-hospital system to receive that accreditation. Other facilities in the system are going to follow suit, Redwood noted.

Another improvement to be included in this project is a larger behavioral-health pod, the need for which has only been exacerbated by two years of pandemic.

The phenomenon has been referred to as the “syndemic” — the COVID-19 pandemic plus a mental-health epidemic. Many of the support structures people have for their mental-health needs are lacking, Redwood explained, calling for improvements in behavioral-health resources.

“We’re going to have a dedicated behavioral health pod,” he said. “The current pod for behavioral health has four beds, and, for example, we have pediatric psych warding as a challenge in Massachusetts. We have two patients who have been there for well over a month in the pod, so those are beds that aren’t turning over, they aren’t readily usable. An expanded behavioral-health pod will be just really beneficial for the community.”

As noted, the price tag for the project is $15.5 million. Dr. Lynnette Watkins, president of Cooley Dickinson Health Care, recently announced a $1 million gift given by John and Elizabeth Armstrong of Amherst to contribute to the project. Additional fundraising efforts have been launched in these early stages of the project.

“What’s particularly exciting is that we had a group of individuals that came together to help us get this launched and gave us collectively a million-dollar challenge: to raise a million dollars by March 1, and then they’ll give us another million dollars,” Dukette said.

In regard to that $1 million goal, Cooley Dickinson has $117,000 left to raise over the next two weeks before it can garner the matching $1 million. Toward the end of the year, the hospital anticipates reaching out to the community for fundraising, which will coincide with when construction starts.

“This is a project that truly touches everyone in our community, and the club is honored to support the hospital,” said Steve Roberts, 2021-22 president of the Northampton Rotary Club, on the club’s recent $5,000 gift to the campaign.

Redwood emphasized that, at the end of the day, what the Cooley Dickinson Emergency Department really needs is real estate.

“We need physical beds, and having an expanded footprint will allow us to really meet our community’s needs,” he said. “So we’re building an ED for 40,000 to 48,000 ED visits per year. Right now we’re around 32,000 to 34,000 visits per year, but the Valley is a popular place, it’s only growing, and we know we’re going to need that capacity.”

Both Redwood and Dukette enthusiastically stressed that this project is essential for the well-being of their community.

“We’re extremely proud of the fact that we are very inclusive, and we do everything we can to make whoever shows up in our emergency room feel welcomed and cared for,” Dukette said. “We’re a team.” 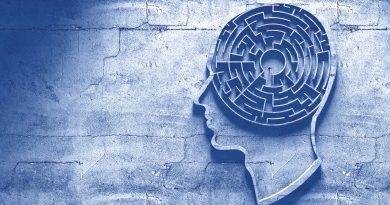 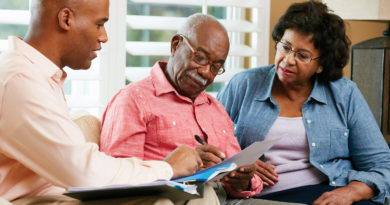 What Older Adults Need to Know About Coronavirus