Beth Cardillo has spent the past decade creating what can only be called a ‘community’ at Armbrook Village in Westfield.

It’s a community of roughly 300 residents and staff who share space, time, memories, and opportunities to learn and grow.

But Cardillo, executive director of the facility, has long understood that, while Armbrook Village is a community, it is not an island unto itself. Instead, it is part of a larger community — not only Greater Westfield, but all of Western Mass.

And she has made her goal — and mission — to see to it that Armbrook is not merely part of that community, but a leader on important matters ranging from understanding dementia to supporting caregivers; from giving students in healthcare programs opportunities to learn while doing to combating bullying within the senior population (yes, it happens there too, as she will explain later).

It is this simple philosophy that has earned Cardillo a place within the Healthcare Heroes class of 2021. And while her work qualifies her for that honor in many categories — from Administration to Innovation to Lifetime Achievement — she is being recognized in the realm where she has perhaps most made her mark — Community Health.

As noted, this work covers many bases, and she is perhaps best noted for creating Armbrook’s celebrated Dementia Friendly Westfield/Western Mass. project, which builds awareness and empathy and reduces the stigma of dementia.

Being a caretaker is very difficult, and people need to know that they’re not alone. They need resources, they need suggestions and recommendations, and, above all, they need friends.”

“The goal is to foster an environment that supports and uplifts those residents who are living with the symptoms of dementia, because if more people understand dementia and know how to communicate with those who have it, wouldn’t they be more likely to reach out and help rather than turn a blind eye?” wrote Kate Phelon, former director of the Greater Westfield Chamber of Commerce, one of several who nominated Cardillio to be a Healthcare Hero. “And Beth has succeeded in that goal; this program has certainly changed the landscape when it comes to fostering better understanding of dementia and the challenges facing those who suffer from it.”

But, as noted, her work within the community to expand Armbrook’s efforts to improve quality of life — especially for the elderly and those who care for them — well beyond its four walls extends in many directions.

Looking at the sum of this work, it’s clear to see why Cardillo has been named a Healthcare Hero for 2021.

Cardillo has received a number of honors and awards over the years. In 2016, she was chosen as Social Worker of the Year by the Western New England University School of Social Work. And in 2019, she was honored by the Pioneer Valley Alzheimer’s Assoc. for her continued commitment and excellence in the field of Alzheimer’s. She’s also been named to a number of community-focused boards and committees, including Baystate Noble Hospital’s Community Benefits Advisory Council, which makes recommendations on how certain monies are to be spent based on the Community Health Needs Assessment.

Collectively, these appointments and honors, and especially the one she’ll receive on Oct. 21, speak to a rich and diverse career that spans many aspects of healthcare and especially work with, and on behalf of, the elderly.

Cardillo, who has been at the helm at Armbook Village since it opened in early 2013, has spent much of the past two decades working in senior-living facilities. But much earlier, she was a social worker and later landed at Hartford Easter Seals in the mid-’80s and started working with young adults suffering from traumatic brain injuries.

“That was a whole new world to me — I realized that people with traumatic brain injuries could work,” she explained. “Before that, people thought that, if you had a brain injury, your life was just ruined. I started doing some support groups for traumatic brain injury and found it fascinating, and what I found most fascinating was the brain and what happens to it in a car accident, which is different from a stroke or Alzheimer’s, although there a lot of common themes.”

Later, she would shift gears and move to senior living, starting at Glenmeadow in Longmeadow, where she handled sales and marketing, and later at Keystone Commons in Ludlow, where she would eventually become executive director. In both settings, she learned more about Alzheimer’s and the elderly. Drawing on her experience with traumatic brain injury, she would soon focus much of her energy on dementia — helping those suffering from it and educating others about the disease.

When asked what she enjoys about working with the elderly, she said it’s a variety of things.

“Their stories are fascinating, their lives are fascinating,” she said. “As a society, this country doesn’t think much about the elderly — it’s not sexy. In other countries, there is more respect and deference for older people.

“We don’t do a great job of that here,” she went on. “We forget that people were younger, and we’re so identified by what we do, we forget to look at the person sometimes.”

While working to create a high quality of life for residents at Armbrook through a calendar crammed with activities and programs, Cardillo has made sure this facility extends its influence to the community well beyond its walls.

The Dementia Friendly program is perhaps the most visible example. It includes the ‘Dementia Experience,’ an experiential training initiative designed to help build empathy and understanding. Over the years, more than 3,000 people have undergone such training, including nurses, local VNAs, firefighters, nursing students, councils on aging, municipal workers, even teams of bank employees.

But in recent years, Armbrook, under Cardillo’s leadership, has extended its catalog of free public education and services to include a caregiver support group; Westfield’s first Memory Café, a safe, supportive, stigma-free gathering place for friends with varying levels of loss; a choral group for those with memory loss; and a public-education program that brings much-needed attention to a problem most associate with high schools and not senior-living facilities: bullying.

“This age group is no different than any other age group. Yes, bullying happens in senior centers, mostly during bingo,” she explained. “They’ll say, ‘you can’t sit at this table.’ They shun people, they get into verbal confrontations — it happens everywhere. This was something we thought we needed to dive into a get a better look.”

This explains why Armbrook has been proactive in training its staff, and workers at other facilities, on how to be what she called an ‘upstander’ — someone who can nip bullying in the bud if they see it happening.

“We help people understand the concept,” she went on, adding that these ‘upstanders’ promote random acts of kindness and discourage the saving of seats.

Meanwhile, COVID-19 has brought new challenges for the community and new ways for Armbrook to broaden its reach, said Cardillo, listing, among other initiatives, a continuing-education program for social workers focused on COVID and seniors.

There’s also a support group, which meets the last Wednesday of each month at 6 p.m., for those who are caregivers for those with dementia, a program that is open to those from Greater Westfield and has been continued through the pandemic via virtual sessions.

“That was incredible because we were able to get family members from across the country,” she said, highlighting one of the benefits of the technology. “Being a caretaker is very difficult, and people need to know that they’re not alone. They need resources, they need suggestions and recommendations, and, above all, they need friends.”

Single-minded in Her Purpose

As she talked about her work and what drives her as a professional, Cardillo said it comes down to her simple philosophy about the elderly and the attention and respect they deserve.

“I think everyone in the world has a purpose, and I think we forget that with the elderly,” she explained. “So one of my goals has always been to keep helping people find that purpose in their lives.”

She has exceeded that goal and many others, especially with her overarching work to make Armbrook an important part of the much larger community that is Western Mass.

Her success in that realm, which is defined by new and different avenues for making a difference, has made her a Healthcare Hero for 2021. 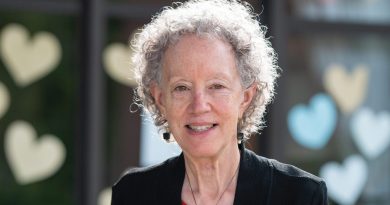