The cost of providing health insurance for municipal employees and retirees has almost doubled in the past six years, while local revenues and state aid have risen much more slowly. A creative solution to stop this unsustainable trend is needed, and it’s needed now.

We represent different interests — municipal government and labor — but we both believe that giving cities and towns a local option to join the state’s health insurance system is a creative short-term way to address this crisis.

In the past, this has not occurred. But for more than a year, we and others in municipal governments, public employee unions, and state government sought common ground for reform as members of the Municipal Health Insurance Working Group. These efforts have proved fruitful. Recently, state Rep. Rachel Kaprielian, D-Watertown, and state Sen. Richard Moore, D-Uxbridge, filed legislation to create a new local option for municipalities to join the state’s Group Insurance Commission, which already provides health insurance to more than 285,000 government employees and their dependents.

We need to pass this legislation early this year, so municipalities can begin considering this new option — and bringing their insurance costs down.

Skyrocketing health insurance costs affect everyone. Annual double-digit increases are one of the prime pressures on property taxes. They constrain the ability of cities and towns to attract and keep the employees who provide frontline services. This problem is an issue in municipal budgets and labor negotiations from Cape Cod to the Berkshires.

Our working group, which was facilitated by the Metropolitan Area Planning Council and chaired by Sovereign Bank New England chairman John Hamill, brought together organizations including teachers unions, AFSCME Council 93, the Retired Mass. Employees Assoc., the Essex Regional Retirement Board, the Mass. Municipal Association, and the Metro Mayors Coalition. Our analysis shows that joining the Group Insurance Commission may mean significant savings in municipal costs, while providing comparable or better health insurance options to employees and retirees.

Some cities and towns would prefer to join the commission without consulting their employee unions, but they recognize this would have trouble passing on Beacon Hill. Some labor leaders wish to maintain their current ability to bargain over the design of local health plans. Nevertheless, they recognize that the state system may be an attractive option anyway because its superior purchasing power can lead to better plans at lower cost. The commission itself is used to having a single “split” — with a fixed percentage of the premium coming from the state and the remainder from the employees — but the panel has agreed to allow each city and town joining the system to decide its own local split. Cities and towns agreed to continue bargaining over that split with their employee unions.

One key part of the plan is that as cities and towns join the state system, the commission will add new commissioners to represent municipal government and municipal workers.

The city of Springfield recently joined the Group Insurance Commission under an emergency regulation, and that decision was made jointly by labor, retiree, and municipal representatives. This showed that labor and management can and will work together to solve this municipal health insurance crisis.

Our proposal shows that a variety of interest groups understand the severity of this issue and are willing to make the sacrifices necessary to address it. The legislation reflects a spirit of collaboration and consensus-seeking, and we hope it will be a top priority of the new governor and Legislature.

Coping with Caregiving Take Care of Yourself While Caring for Others 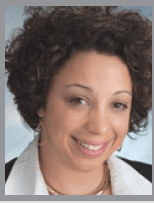 Death with Dignity – Should a Patient Be Entitled to Exercise a Right to Die?