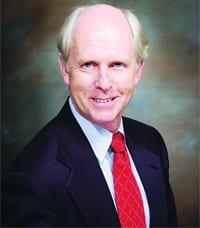 “The best health care decisions are made not by government and insurance companies, but by patients and their doctors,” said President Bush in his January State of the Union Address. Congress applauded, and I’d guess many physicians and patients were cheering as well.

With much of today’s health news focusing on cost, insurance, research, legal, and technological issues, it’s good to see prominence return to the basic foundation of health care: the doctor-patient relationship.

But certain behaviors or outside factors can influence, if not damage, this relationship. Both physicians and patients should be aware of these dangers and their potential consequences. Let’s examine a few that have recently received attention.

Quality ratings of physicians are now a growing part of transparency efforts to control health care costs. Some of these programs use a ‘star’ system, rating individual doctors or their practices with stars, much like movies, while others place physicians in ‘tiers.’ Among the key questions about these ratings: how should patients interpret them?

Access to objective information about physicians is good for patients; it helps them make better decisions. But these ratings as currently constructed are far from providing a definitive analysis of a physician’s capabilities. Most, in fact, use new and untested methodology and are based on administrative data with little relation to clinical expertise.

If these ratings make patients question their physician’s ability, my prescription for treatment is a good dose of dialogue. There’s more, and sometimes less, to these rankings than meets the eye. If your physician gets a low rating, it doesn’t necessarily mean you should seek a new doctor. Patients should know how these rankings are created, and physicians must discuss them with patients when asked.

A caveat for patients: the truth will not only set you free, but also do wonders for your health. A recent Associated Press news story began by saying, “there’s an open secret in medicine: patients lie.” The report said patients stretch the truth to avoid embarrassment and even get unneeded prescriptions. But the consequences of such deceptions create unnecessary, expensive tests and procedures, and can jeopardize health through possible bad drug interactions or overdoses. And when discovered, lying can shatter the trust between doctor and patient.

Ignoring your doctor is not a good idea. A study in the American Diabetes Association’s journal Diabetes Care noted that most patients with Type 2 diabetes or at risk for it ignore their doctor’s advice to be active. A survey of 22,000 patients found fewer than 40{06cf2b9696b159f874511d23dbc893eb1ac83014175ed30550cfff22781411e5} get exercise, despite their doctor’s recommendations to do so.

Consumer Reports magazine, publishing the results of its extensive survey of patients and primary care physicians in its February edition, listed behaviors that most irk patients and physicians. Doctors’ bugaboos: patients who don’t follow prescribed treatment, wait too long before making an appointment, are reluctant to discuss symptoms, and request unnecessary tests and prescriptions. The top complaints by patients all related to time: waiting too long, too little time during the visit, too long to schedule an appointment.

Using TV shows for medical information is not a good idea. A recent Parade magazine article (“How TV Docs Can Keep You Well”) cited a survey by the Centers for Disease Control and Prevention that found nearly nine out of 10 regular viewers reported learning something about diseases or how to prevent them from television.

Written by a physician, the article fortunately took pains to point out that, while efforts are made to be accurate, “the healing powers of TV doctors are exaggerated and distorted for the sake of a good story,” and “medical probabilities get stretched.”

While television’s best benefit may be in prompting patients to seek more information on a given topic, the article’s final caveat was clear: “remember that the ultimate source of information … should be your own doctor, who really did go to medical school.”

Mistrust can create barriers and erode the doctor-patient relationship. Most important, it diminishes the quality of care, and that affects patients most of all. The best care comes from a relationship built on trust. This leads me to one inescapable conclusion: there’s ample room for better communication and understanding between physicians and patients. And neither should wait for the other to start the conversation.

Kenneth R. Peelle, M.D., a practicing radiologist at Saints Medical Center in Lowell, is president of the Mass. Medical Society. 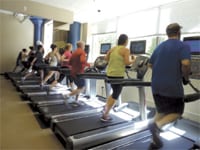 Baystate’S HOSPITAL Of the Future