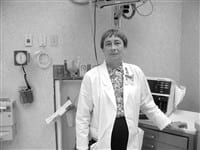 When Mercy Medical Center administrators started looking to renovate the three-decade-old emergency room, they knew the areas they would have to address to improve the environment for patients, physicians, nurses, and managers. But then they ran into the engineers’ initial cost estimates, which came in at about $5.5 million, and suddenly the plan itself called for a little surgery.
In such a tight financial time for hospitals, that simply wasn’t going to cut it, said Matthew J. Pszeniczny (pronounced pi-NEECH-ny), Mercy’s vice president of Operations. So the hospital put together an internal quality improvement team to look into process changes as well as physical improvements that could increase staff efficiency and reduce patient anxiety without such a major overhaul. “It was pretty much a grassroots project,” said Mary Brown, director of Medical and Surgical Nursing. “It was ER nurses, ER physicians, registration people, and management looking at ways to improve patient satisfaction.”

The result is a radically altered emergency room that fits the original footprint of the building – at a cost of only $1.6 million. And since the department never closed, employees and patients were enjoying the new layout long before its ‘official’ grand opening on May 13.

“We accomplished two major things – quality and service improvements and major cost avoidance,” Pszeniczny told The Healthcare News. “And we were able to keep the ER running and wound up doing more business this year than the year before.”

The year-long renovation – Houle Construction began the job on April 16, 2001 and completed it the following April 15 – provides an example of how, in these tight financial times, hospitals can improve efficiency of service and reduce the anxiety levels of patients and staff alike, all on a workable budget.

More Than a New Look
The cost savings over the initial estimates resulted from a “pod” design that required no additional construction outside the original ER walls, Pszeniczny said. Different areas of the department, unchanged since Mercy opened during the 1970s, had been separated by a main corridor.

That corridor has now been incorprtated into the department, allowing for greater flexibility. With the entire area now closely connected, the various treatment areas, or “pods,” can expand and contract as patient volume increases or decreases, making it easier to deploy staff and resources. Another advantage, he added, is the creation of separate entrance areas, one for ambulance and trauma patients and another for general walk-in patients.

The waiting area itself has been enlarged significantly and now features a separate area for children and an enlarged family room; the former family room was too small to provide adequate privacy for people who were grieving, Brown said. In addition, the registration area now features a “triage suite” of three stations, as opposed to one main area before, where patients can be assessed and shuttled to the appropriate section of the ER.

“Triage didn’t have the privacy we wanted,” Brown said. “By going from one area to three, patients have much more privacy when they sit down and give their information to the clerks.”

All of this, she said, was part of an effort to address a “wish list” of potential changes – generated by doctors, emergency medical technicians (EMTs), patients, and others – that would allow employees to provide better emergency care with less stress on the system and patients, and the entire renovation evolved from that list.
For example, “we’ve built a room specifically for EMTs, where they can chart and finish their reports,” she said. “In the past, there was no such area, and they had to sit down wherever they could find a chair. Now they have their own designated area.” In the same vein, a specific area has also been set aside for the work of private attending physicians.

The end result of the renovation affects more than the efficiency of longtime ER procedures; it adds some technological advancements as well, Pszeniczny said. For instance, the department now features real-time digital radiography installed right in the unit. “This means that, while the patient is in for an X-ray or a CT scan or general radiology or ultrasound, these images are now available in real time to the ER doctor,” he explained. “In the past, we had to wait for the film to be processed.”

Both from an efficiency standpoint and a technological one, it had been clear for some time that Mercy’s emergency area was in need of an overhaul, he added. And this was not only because of the rapidly advancing procedures and methods of delivering care, Brown added, but because of a simple increase in patients using the ER – and not only for true emergencies, as an increasing number of uninsured patients are turning to the ER for primary care.

That made it important to keep the ER’s “fast track” area, where less-acute patients check in, close to the other areas instead of across a hallway used for egress.
Because the pod design allows for greater flexibility, if the ER was suddenly under stress, acute patients could be placed there if space became available, and vice versa.

“All ERs are stressed these days,” Brown said. “With the increased number of patients, we have less beds, and we also have an aging population.” And it’s a group of seniors and seniors-to-be that promise to live longer with serious medical conditions – thereby requiring more medical care – than past generations.

In short, it was time to bring the emergency room into the 21st century. By addressing comfort in the waiting areas, privacy in triage, and added flexibility throughout the department, Brown said, the hospital has done just that.

“The ER hadn’t been touched since the hospital first opened,” Pszeniczny said. “This was long overdue.”

Emergency medicine, after all, is stressful enough in 2002 without having to cope with the limitations of a 1970s-era delivery system.

If patients ultimately benefit through the quality of care they receive, hospital administrators promise, that $1.6 million will be money well-spent. 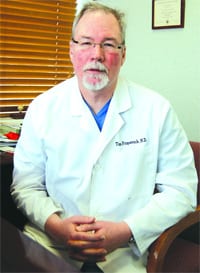 Weighing the Odds When It Comes to Hormone Therapy During Menopause, Every Woman Is Different 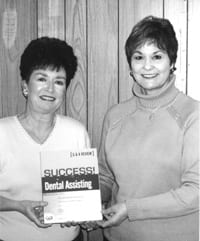 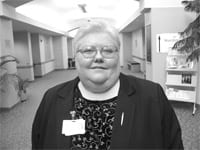