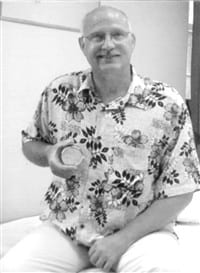 An early evening walk. A few holes of golf. A bit of late-afternoon yard work.
Those were just a few of the many things Richard Kostek longed for after suffering a paralyzing stroke nearly two years ago. But thanks to a small device implanted in his abdomen last December, the 50-year-old Easthampton resident is once again enjoying those simple pleasures of life.

Following a stroke in November 2000, Kostek, a senior master sergeant with the Air National Guard, lost the use of his left side. Months of rehabilitation brought improved mobility but little relief from the painful, debilitating spasticity in his arm, leg, and foot.

“With spasticity, the signal to the affected muscles is always on, causing them to contract and never relax. It is very painful, and it limits mobility as well as a person’s ability to carry out activities of daily living,” said Donna LoConte, Physical Therapy director at HealthSouth Rehabilitation Hospital in Ludlow.

For Kostek, severe spasticity made it impossible for him to flex his left leg muscles, forcing him to lift his leg straight up to walk. “The worst part was that my toes were all curled under,” he said. “When I walked, I had to do it on the knuckles of my bent toes. That was extremely painful. It made it so hard to get up and walk that I just didn’t want to do it.”

Although anti-spasticity medications were somewhat helpful, they adversely affected Kostek’s cognition and alertness. “They made me very, very groggy. I was so fatigued, so lethargic, that I could barely function,” he said.

Fortunately, last year, when he began outpatient therapy at HealthSouth, Kostek learned of an alternative treatment for spasticity — something called intrathecal baclofen (ITB) therapy. Fairly new to the Massachusetts area, ITB involves implanting a small pump beneath the skin of the abdomen. The pump delivers a liquid form of baclofen, an antispacity medication, directly to the fluid around the spinal cord.

Because the medication is delivered without circulating throughout the body, only small amounts are needed to relieve spasticity. Therefore, along with enhancing a person’s functional capacities, ITB minimizes side effects of oral medications, including muscle weakness, drowsiness, confusion, and nausea.

Such was the case with Kostek. Last November, at HealthSouth, a trial procedure, in which a small dose of baclofen was injected into his spinal fluid, brought immediate results. “It improved his walking and relaxed his toes. That in itself was enough to make him want to get the pump,” recalled his wife, Karen.

Two weeks after the pump was implanted by a neurosurgeon, Kostek was back at HealthSouth doing physical and occupational therapy. “The pump has made a big difference,” said Michelle Downs, a physical therapist. “Because his muscles aren’t so stiff, his walking is much better. His endurance and tolerance for activity has also improved because he isn’t working so hard against the increased muscle tone.”

To monitor the pump’s effectiveness, Kostek receives regular followup care from a HealthSouth physiatrist. Every three months, after using a computer-like external programmer to assess the medication dosage and infusion rate, the physiatrist inserts a needle through the skin and into the pump to remove any remaining medication. A new dosage is then injected into the pump.

Today, along with driving again, Kostek is back to puttering around the yard and playing golf, albeit one-handed.

“Before his stroke, Rich used to spend a lot of time planting shrubs, landscaping, keeping up the lawn — the yard was his pride and joy,” his wife said. “Now that he’s able to walk a little in the yard without his cane, he’s started planting wildflowers and doing some light yard work.

“He’s doing much better than he was at this time last year,” she added. “If he had to continue on the oral medications, his quality of life wouldn’t be what it is today.”
Richard Kostek echoes his wife’s sentiments. “When you’re able to start doing things you couldn’t do at all, it makes you feel a whole lot better,” he said. “It gives you a whole new outlook on life.”

Mary Herman-Cappoli is the Public Relations coordinator at HealthSouth Rehabilitation Hospital in Ludlow. 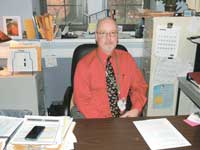