A graduate of Brown University, Gottsegen earned his medical degree from the State University of New York (SUNY) Buffalo Medical School and performed his residency at the University of Minnesota Hospital. He is board-certified in Pediatrics.

A member of Holyoke Medical Center’s medical staff since August 1992, Gottsegen had previously worked for Kaiser Permanente prior to joining Holyoke Pediatrics. He is a member of the Academy of Pediatrics, the American Society of Clinical Hypnosis, and the Society of Developmental and Behavioral Pediatrics.

A member of HMC’s medical staff since July 2000, Comey completed his undergraduate education at the College of William & Mary and obtained his medical education at the Robert Wood Johnson Medical School. He performed his internship and residency at the University of Pittsburgh and is board-certified in Neurosurgery. He also completed a fellowship in complex spine surgery at Emory University.

Culver served in the U.S. Air Force Medical Corps, attaining the rank of captain, and served at Plattsburgh Air Force Base in New York as flight surgeon and chief of Aeromedical Services from 1988 to 1991.

HOLYOKE — Dr. Paul S. Gerstein has been elected chief of the department of Emergency Medicine at Holyoke Medical Center.

A member of the HMC medical staff since 1990, Gerstein received his medical degree from UMass Worcester. He obtained his undergraduate education at Rensselaer Polytechnic Institute, and also received a bachelor’s degree from UMass Amherst. Gerstein completed his residency in Family Medicine at the UMass Coordinated Programs in Worcester in 1983, and went on to a full-time career in emergency medicine.

Board-certified in both Emergency Medicine and Family Medicine, Gerstein is a member of the Mass. Medical Society and a fellow of the American Academy of Emergency Medicine. He is a contributing editor to two computer-based textbooks on emergency medicine currently in worldwide distribution.

SPRINGFIELD — Julianne Lessard of Performance Rehabilitation, P.C. in Springfield has earned the designation of certified hand therapist (CHT) after completing all required examinations and clinical studies in December 2006.

In order to become a CHT, a candidate must undergo five years of clinical experience as an occupational therapist, a minimum of 4,000 hours in direct practice in hand therapy, and successful completion of advanced clinical skills and theory in upper extremity rehabilitation. About 4,500 individuals hold the designation worldwide.

HOLYOKE — Holyoke Community College announced that it has welcomed Deborah J. Orre as the college’s new dean of Nursing Education.

A doctoral candidate at UMass, Orre will take over from Patricia Triggs, a retired HCC nursing administrator who had served as the college’s interim dean of Nursing Education during the search process.

Orre comes to HCC from Mount Wachusett Community College, where she had served as the dean of Health Sciences since 2001. Prior to that, Orre held positions at Greenfield Community College and Heywood Hospital in Gardner. She earned her undergraduate degree in Nursing from Worcester State College and a master’s degree in Nursing from Boston College. 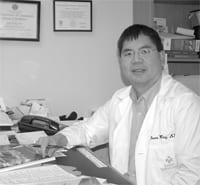