Many epidemiologic studies have reported that moderate drinking — for men, two drinks a day — is associated with a reduced risk of heart disease. This study looked at the relationship between quantity and frequency and found that it was the frequency of drinking — not the amount, the type of alcohol, or whether or not it was consumed with a meal — that was the key factor in lowered heart disease risk.

Study data suggested no additional cardiac benefit to drinking more than two drinks a day. Also, the study authors point out that the small number of study participants who drank roughly three and a half or more drinks (50 or more grams of alcohol) per day limited their ability to study the harmful effects of heavy drinking. However, heavy drinking has well-documented adverse health effects.

The study, published in the New England Journal of Medicine in January, was based on an analysis of data from the Health Professionals Follow-up Study, which has followed a population of male dentists, veterinarians, optometrists, osteopathic physicians, and podiatrists, ages 40 to 75, for 12 years.

Dr. Kenneth J. Mukamal of Beth Israel Deaconess Medical Center was lead author for the project, which included scientists from the University of Sydney in Australia; the Harvard School of Public Health in Boston; Brigham and Women’s Hospital, Harvard Medical School, Boston; and Massachusetts General Hospital in Boston.
The National Institute on Alcohol Abuse and Alcoholism (NIAAA), the National Heart, Lung, and Blood Institute (NHLBI), and the National Cancer Institute, all components of the federal government’s National Institutes of Health, supported the study.

According to NIAAA director Dr. Ting-Kai Li, “this rigorously conducted observational study adds to the epidemiologic evidence of a strong association between light-to-moderate alcohol consumption and reduced risk of heart disease. Only by research on the mechanisms of alcohol’s effects on the cardiovascular system, and perhaps the liver, and the genetic background of how individuals respond to alcohol, will we provide a scientifically informed means for assessing the risks and benefits of alcohol use on a person-to-person basis.”

Meanwhile, NHLBI director Dr. Claude Lenfant cautioned that “there are well-proven ways to prevent cardiovascular disease and reduce its risks, including lowering cholesterol levels and blood pressure, maintaining a healthy weight, being physically active, and stopping smoking. These preventive measures do not have the risks associated with alcohol consumption.

“Therefore,” he continued, “we do not advise the public to begin drinking alcohol to prevent heart disease. However, those who already drink alcohol should be aware that current evidence suggests that moderate drinking may reduce the risk of heart disease in some individuals.”

At entry into this study, all participants were required to be free of heart disease. Participants in the study completed questionnaires on diet every four years. Investigators confirmed the validity of the questionnaire re-sponses by comparing them with seven-day dietary records in 127 participants.

The investigators controlled for numerous health and dietary factors, including smoking, exercise, diet, and family history of premature heart attack. Also, because alcohol use changes over time and the effects of alcohol may be short-term, the study tracked the effect of recent versus baseline alcohol consumption, and found that the level of risk was more strongly related to recent, rather than past, consumption.

By the end of the 12-year follow-up, the investigators had documented 1,418 heart attacks. Men who consumed alcohol three or more times a week had a reduced risk of both fatal and nonfatal heart attack, even when the amount consumed was only 10 grams of alcohol a day or less. A standard drink — a 12-ounce bottle of beer, a 5-ounce glass of wine, or 1.5 ounces of 80-proof distilled spirits — has between 11 and 14 grams of alcohol.

“We found little difference among different alcoholic beverage types in our study,” Mukamal said. “This further emphasizes the role of frequent intake, rather than any specific beverage type, in the link between moderate drinking and heart attack risk.”

In an editorial accompanying the report, Dr. Ira J. Goldberg, of the Columbia University College of Physicians and Surgeons in New York, points out that some studies show a reduction in cardiovascular disease, but not overall mortality, in patients who drink alcoholic beverages (this study did not report on overall mortality). He notes that alcohol has toxic effects that are well-established and that additional research is needed to inform physicians on how to advise their patients.

Information for this article was made available by the National Institutes of Health. 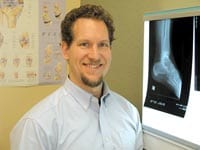 Pain Relief or Placebo? – Studies Cast Doubt on the Use of Glucosamine for Osteoarthritis

Separating Myth from Truth on Fibromyalgia