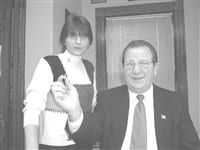 By all indicators, this should be the beginning of a hearing aid boom.
Technology and cosmetics have progressed over the past few decades to make hearing aids more powerful, adaptable, and unobtrusive than ever. At the same time, as the Baby Boomer generation nears retirement age and as the population simultaneously increases and ages, hearing aid distributors should find themselves at the forefront of a lucrative field.

Hearing aid advances have reduced old stigmas about the devices being only for older people, as evidenced by the fact that a far greater percentage of people who own them wear them, compared with 20 or 30 years ago, said Bartolucci, regional director of 14 Avada Hearing Care Centers in New England. But at the same time, he said, studies show that even today, only 22{06cf2b9696b159f874511d23dbc893eb1ac83014175ed30550cfff22781411e5} of people who need hearing aids actually own them.

“We’ve made tremendous headway in technology, but we haven’t made the same headway in the field of psychology, in dispelling the myths out there that hearing aids are for old people,” he said. But Baby Boomers are a generation known for being active and mobile, and they’ll want to remain so even in their retirement years so hearing aids might gain a new and overdue acceptance, he said. And Avada aims to be poised to take advantage of that demographic — and psychological shift.

Bartolucci wasn’t always as concerned with the big picture. He started in the business as a hearing aid specialist with Beltone in 1973, back in the era of clunky, unattractive devices universally run with transistors. As his career advanced, so did the industry.

In 1979, some time after a promotion to marketing manager, he bought out three Beltone offices. In 1985, he moved his headquarters from downtown Springfield to Riverdale Street in West Springfield, and he eventually expanded the business to 14 stores in Vermont, New Hampshire, and Western Mass.

Then, in January 2000, he and 15 other Beltone dispensers broke away from that company to form Avada Hearing Care Centers. Bartolucci operates his 14 stores along with his son, daughter, and nephew, but each of the 16 owners has a financial stake in the entire Avada corporation.

And that stake is in a rapidly changing field. In fact, digital technology in hearing aids became widespread around 1995, but not until a couple of years ago had it hit the market extensively. “I think it took awhile for hearing aid dispensers to catch up with the technology, so they would be able to understand it and deal with the software,” Bartolucci said.

That new technology allows a computer chip, a signal processor, to be installed within a unit the size of a peanut and programmed to various specifications by hooking it up to a computer. In other words, modern hearing aids do more than boost hearing strength — they adjust to each patient’s lifestyle.

The technology allows hearing aids to cut down on background noise, to increase the voice frequency, even to set a volume ceiling for those who can’t stand loud noises — all on a chip smaller than the head of a match. In fact, Bartolucci held in his hand a model of that chip, not much bigger than a matchbook, and said the actual chip is 3,000 times smaller.

In the near future, Bartolucci said, he wouldn’t be surprised to see wireless programming of hearing aids or the ability to use them as receivers for cellular phones. Perhaps, he added, the world might see that function used in conjunction with voice recognition software that acts as a foreign language translator.

Of course, development of those kinds of advances could be hampered merely by the potential demand for it.

Right now, only about 2 million hearing aids are sold in the United States each year, so the market isn’t the same as for televisions or VCRs, and progress into new technology is slower. But make no mistake, Bartolucci said — the potential is there.

Even though improved technology and aesthetics have certainly made wearing hearing aids more palatable to a wider range of people, Bartolucci insisted that almost four our of every five people who need a hearing aid never even seek help.

“Most of that is because of denial or vanity,” he said. “They know they need it, but they don’t want to admit they have a difficulty.” Instead, he said, many people make excuses not to do things that they enjoy doing, from going to church to playing bingo, simply because they can’t hear properly and don’t want to admit it.

omeone might say he has stopped going to church because he doesn’t like the new priest, Bartolucci said, “but I’d say, ‘of course you don’t like him. You can’t hear him.’”

Baby Boomers could start to reverse that stigma, he said, because as a group they tend to be more health-conscious than their parents, have more disposable income, travel more, and are more generally active — and they will live longer on average.

“Put that together with the technology that their parents didn’t have — hearing aids just weren’t as comfortable and pleasant to wear as they are today — and I see that the demographics are really with us,” he said. Also on Avada’s side is a focus on customer service aimed at creating lifelong customers, including free hearing aid servicing every four months.

“The selfish reason for doing that,” Bartolucci explained, “is that we keep them attached to us as customers and patients, so as the technology improves, if they want to take advantage of the new technology, they’ll want to do it with us because we treat them well.”

An outreach program is intended to have the same effect. Avada sends representatives into assisted living facilities on a regular basis to test and clean residents’ hearing aids and instruct facility staff on how to care for the devices — all free of charge. Bartolucci plans to add two more centers to his family-run enterprise during the first half of 2002, but he has been slow to add the audiology services that other Avada centers nationwide have incorporated through the company’s subsidiary, American Balance Centers.

Audiologists focus on vertigo and balance issues, but to date there has not been a strong pool of those specialists to choose from in the New England region. “That could be because there are a lot of hospitals that are dispensing hearing aids, and it’s tough to compete with a hospital’s benefits,” he said. “But I can see the entire field of audiology growing, with the new graduates coming out of school inclined to become more entrepreneurial than audiologists of the past who ended up working in doctor’s offices or hospitals or places like that.”

Even if audiology takes its time emerging as a major force in hearing care regionally, Bartolucci continues to press the basics, striving to convince people that they shouldn’t have anxiety over hearing problems — instead, they should simply have hearing aids.

“People don’t realize the quality of life they could have if they were able to hear,” he said. “They don’t realize what they’re missing.” 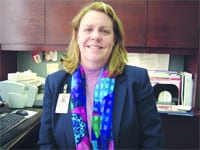