One of the most potent weapons we have for good health is immunization. Vaccines have an extraordinary record in preventing disease.

Consider that polio terrified parents and children in the 1950s until the Salk and Sabin vaccines were developed. Soon after universal vaccination began, polio was eradicated from this hemisphere. Diphtheria used to kill more than 10,000 people a year in the US; today, zero. Smallpox once killed millions worldwide, until the World Health Organization began a massive vaccination program. Twelve years later, there was no more smallpox disease, anywhere.

Still, infectious diseases kill millions of people a year. Thankfully, new vaccines are rapidly being developed. Vaccines to prevent cervical cancer, shingles, infant diarrhea, and meningitis, and an adult booster against whooping cough, have all been recently approved. Vaccines for childhood sinus and ear infections and adult bronchitis are in clinical trials, and research has begun on vaccines to prevent diabetes and forms of cancer, and others to end bad habits such as smoking, drug abuse, and overeating.

Yet the American Medical Association (AMA), in its 2006 Health Care Trends Report, offered some disturbing information, noting that “more than 50,000 adults continue to die in the U.S. from vaccine-preventable diseases, and many more are hospitalized.” The report further said “adolescent and adult immunization is severely undervalued in the U.S. The public is unaware of their huge benefits, and physicians serving these populations do not consistently offer vaccines.”

Signs of this indifference to immunization have appeared across the country with more reported cases of measles, mumps, and whooping cough — diseases easily prevented with vaccination.

Nearly 6,000 cases of mumps were reported to the Centers for Disease Control and Prevention (CDC) through the first nine months of 2006. Only 231 occurred in 2003. Whooping cough (pertussis) cases have more than tripled in the U.S. between 2001 and 2004, and here in Massachusetts, we’ve had outbreaks of both whooping cough and measles.

Today, most children in the U.S. routinely get vaccines to prevent 13 diseases: diphtheria, Hepatitis A and B, Hib disease (a cause of bacterial meningitis), influenza, measles, mumps, whooping cough, pneumococcal disease (another cause of meningitis as well as ear infections), polio, rubella, tetanus, and chicken pox. Several new vaccines, such as one for rotavirus, an infant intestinal disorder, have recently been recommended as well.

Yet the rising incidence of preventable childhood diseases bears out the AMA report, and the AMA poses another unsettling thought: “The lack of patient awareness regarding the importance of immunization among adolescents and adults will exacerbate the problem in the event of an epidemic,” one such as avian flu.

Influenza annually kills 36,000 people and hospitalizes another 200,000. Fearing growing public indifference, the CDC this year for the first time has sponsored a public information campaign to encourage people to get their flu shot.

Why the indifference to such a powerful public health aid? Some cite fears related to potential side effects from vaccines, but most have simply forgotten, or ignore, the importance of prevention.

Whatever the reason, it’s critically important that we relearn the value of vaccines. Frequent travelers should also have a heightened awareness: diseases prevalent in other countries may be brought into the U.S. on a single plane ride.

Good educational resources are available online. The CDC (www.cdc.gov) offers a free downloadable Parents’ Guide to Childhood Immunizations that describes childhood diseases and vaccines, including side effects. The CDC also has an online quiz to help adolescents and adults decide if they need vaccinations or booster shots, as well as a section called Travelers Health.

The National Network for Immunization Information (www.immunizationinfo.org) provides information on specific vaccines and the diseases they prevent. At NNII, you can also search for state vaccine requirements for school entry as well as read about immunization issues and the science surrounding vaccines.

Sean Palfrey, M.D., is the founder and director of the Immunization Initiative, Massachusetts Chapter, American Academy of Pediatrics; a clinical professor of Pediatrics and Public Health at Boston University School of Medicine; and a pediatrician at Boston Medical Center. 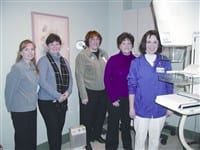