It must be wonderful to be a private business in Massachusetts — like CVS, Walgreens, and Brooks — and control a significant portion of a particular market.
The pharmacy chains, annoyed at what they call unfair reimbursement from the state’s Medicaid program, recently were faced with a decision: either pass off their so-called losses by raising prices on the other products they offer (such as Q-Tips), or simply pull up their stakes and refuse altogether to offer their services to Medicaid enrollees.

As a physician and a hospital administrator, I find it remarkably irresponsible that an integral part of the health care continuum, pharmacies, could actually consider denying a segment of the population access to vitally needed medications.

For six years or more, hospital CEOs and their staffs have regularly called upon representatives, senators, the governor — anyone — to tell them, ‘Medicaid pays us 30{06cf2b9696b159f874511d23dbc893eb1ac83014175ed30550cfff22781411e5} below our costs, and we’re hemorrhaging money because of it.’ There isn’t a hospital CEO in this state who would not rejoice if Medicaid paid us what the pharmacies are complaining about — 2{06cf2b9696b159f874511d23dbc893eb1ac83014175ed30550cfff22781411e5} below costs. In fact, the idea that the proposal really would result in reimbursement below cost is disputable. If one reads both the proposed regulation changes and the prepared Sept. 5 hearing testimony of Douglas Lapp, Senior Health Policy Analyst at the Division of Health Care Finance and Policy, it would appear that, while the pharmacies would make less, there would still be a positive margin for each prescription filled.

The sour Medicaid reimbursements are especially hurtful to hospitals because, unlike pharmacies, we have no place else to recoup our losses. Reimbursements for the federal Medicare program are etched in stone, and slightly below our costs. Our other sources of revenues — the HMOs — strike hard bargains but, nonetheless, negotiate. With Medicaid, hospitals eat the cost; there’s no room for negotiation with Massachusetts. Saddled with low reimbursements, we scale back our community outreach, our facility upgrades, and more. All of our patients are forced to endure longer waits for needed services. If you haven’t experienced multi-hour ER backups at your hospital, wherever that may be, you will.

If pharmacies in Massachusetts are permitted to continue their cartel-like power play and refuse Medicaid patients, then those needy individuals will get sicker. When patients suffer the ultimate consequences of not being able to get their needed medicines, they’ll turn to already overburdened, and relatively expensive, hospital emergency rooms. We’re mandated to treat everyone who walks through our doors, regardless of their ability to pay. Hospitals are the ‘first, last, and everywhere in between’ resort for the poor and ailing. We’ll be there for them, but the system will suffer, and that will have a ripple effect on everyone’s health.
A hospital lacks the bargaining power of the big pharmacy chains. But make no mistake: if the state continues its underpayments to the hospitals in whose trust we place our lives, then those hospitals will not survive. Unlike CVS, Walgreens, and Brooks, which can shift costs, segment their customers, and demand concessions, hospitals simply will be forced to curtail important community services, or cease operations and leave communities without adequate health care.

It’s not a threat like the one the chains are making; it’s a cold, hard fact created as a result of the state’s inadequate Medicaid reimbursements. Enough is enough — the state’s hospitals can’t be left to swallow what must be Massachusetts’ pharmacies’ bitter pill.

Are Salons A Pain In The Neck? Shampooing In Hair Salon Sinks May Cause Harm, Study Reports 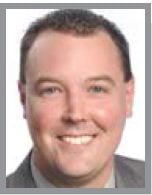 Practice Management Decisions, Decisions – How to Make Smart Choices When It Comes to Your Career Path