The numbers are easy to find. Determining what they mean can be slightly more complicated.

A pilot program, begun this year in several states, that provides the public with quality statistics on nursing homes has been expanded onto a national level, meaning key data on all 17,000 U.S. nursing homes is now readily available to anyone on the Internet.

On Nov. 12, the U.S. government, expanding upon a program recently launched in Colorado, Florida, Maryland, Ohio, Rhode Island, and Washington, posted quality indicators on every home at www.medicare.gov/nhcompare/home.asp, which is part of the main Medicare Web site.

Consumers may get the same information, mainly the percentage of residents with a number of specific medical conditions, by calling (800) 633-4227.

“This is a new approach to bringing about better quality care in our nation’s nursing homes,” U.S. Health and Human Services Secretary Tommy Thompson said at the time of the launch. “Not only will consumers be better informed, but nursing homes themselves will be able to see more clearly what they must do to make the quality grade.”

However, the raw statistics alone don’t always tell the full story, and consumers must take the data with a grain of salt, said Carol Katz, CEO of the Loomis Communities, who also chairs the board of the Mass. Aging Services Assoc.

“Any information that can help the consumer is a positive thing,” Katz said. “But unless people take that information to the facility and ask why they rate high here and low here, it won’t tell the whole story.”

As she explained to The Healthcare News, there’s often more going on behind the numbers than might be evident.

The sweeping study is not insignificant. For the first time, consumers will be able to evaluate and compare specific nursing homes on a number of quality measures. The site breaks down, separately, the percentages of chronic-care (long-term) residents at a given nursing home who have pain, infections, pressure ulcers, physical restraints, or ‘late-loss’ activities of daily living decline.

It also reports on the percentages of short-stay residents who have pain, have delirium, or — as the lone positive statistic — have made improvements in walking. Information on deficiencies found during annual inspections and complaint investigations is also part of the database.

Donna Lenhoff, executive director of the National Citizens’ Coalition for Nursing Home Reform, said the program is extremely important. “It means that consumers will be able to find out more information, and they will be alerted to some of the questions they need to ask about nursing homes,” she told the Associated Press.

Katz explained that the numbers do require context, however. For instance, a nursing home with a high number of patients with pressure sores might specialize in treating such wounds, so residents from other homes might be transferred there, and because those wounds take awhile to heal, a positive quality in a facility would translate into a seeming negative in the data.

Loomis Communities, to give a specific example, is reported to have a high percentage of residents experiencing weight loss. But that’s largely due to the fact that the system has a certified Alzheimer’s unit, and patients with that disease often struggle with nutrition issues. In the same way, a center with a rehabilitation unit will have a high number of patients with pain. “Your data can look like something that’s bad, but it’s not necessarily bad,” she said.

Still, the information does serve a purpose, supporters of the program insist. The information, which is based on data that nursing homes are required to collect from their residents as part of their participation in Medicare, is intended not only to provide useful data to consumers but to prompt owners to improve their facilities, much like the concept of testing high school students is an attempt to upgrade teaching.

Homes trying to improve their performance levels may receive aid from quality improvement agencies based in each state which are under contract to Medicare and act as a government-paid consultant.

Katz said many nursing homes are already taking measures to improve based on their own internal data.

“We’ve been collecting these quality measures for a long time; It’s an assessment we do anyway,” she said. “When we transmit the information to the federal government, we don’t just walk away from it; we use it as a tool. If we see trends going in a direction we don’t like, we get right on top of it.”

On a national level, that’s the attitude U.S. officials hope every facility will take. Tom Scully, an administrator with the Centers for Medicaid and Medicare Services, concedes that most nursing homes are as interested in improving care as the government is. “By making this information available to the nursing homes and consumers,” he explained, “we are seeing a collaborative effort to do even more to raise the bar on quality.”

Thompson noted that more than half of the nursing homes in the six pilot states requested technical assistance to help them improve their care. “That is exactly the type of collaborative effort we envisioned, and what we want to continue to see happen,” he said.

And whether or not a nursing home is making strides in the right direction isn’t something that a raw number can demonstrate, Katz reiterated. But she called the Web site a strong start.

“Just like any other type of information, the data can be hard to interpret if you don’t understand it and don’t ask questions,” she said. “This can be helpful to the consumer, but not if it’s only taken at face value.”

‘Going Past Textbooks and into the Real World’ 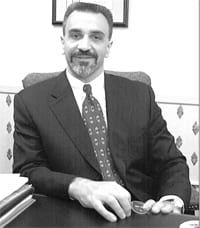 Editorial Liability Reform Is A Smart Move For Massachusetts