Dyspnea, or subjective shortness of breath, is usually a sign for asthmatics that they are experiencing an asthma attack. In a new study published in CHEST, the peer-reviewed journal of the American College of Chest Physicians (ACCP), researchers found that patients with a low perception of dyspnea (POD) had significantly increased visits to the emergency room, hospitalizations, near-fatal asthma, and death as compared to those with normal or high POD. POD is defined as the identification, evaluation, and interpretation of discomfort of breathing.
“Preventing a life-threatening attack, and certainly death, is a major concern in the ongoing treatment of asthmatic patients,” said Paltiel Weiner, MD, head of Department of Medicine A at the Hillel Yaffe Medical Center in Hadera, Israel. “POD is not readily measured in the treatment of asthmatics today, but with a simple test, we can identify patients with low POD, those with risk for fatal asthmatic attack. By carefully monitoring them, we can prevent death from asthma.”

Conducted at the Hillel Yaffe Medical Center, the study measured the POD in 113 patient subjects with stable asthma and related it to the incidence of near-fatal and fatal attacks within a two-year period. Results were compared with the PODs of 100 healthy matched subjects.

As compared to the other groups, low POD subjects tended to be older, female, and long-time asthma sufferers, as well as generally having severe asthma.

“This study has important implications for our role as clinicians and for prevention of death from asthma,” said ACCP President Sidney S. Braman, MD, FCCP. “Impaired perception of dyspnea should be considered in all high-risk asthmatics. If found, such patients can be monitored more closely.”

CHEST is available online each month at www.chestjournal.org. ACCP represents more than 15,000 members who provide clinical, respiratory, and cardiothoracic patient care in the U.S. and throughout the world. 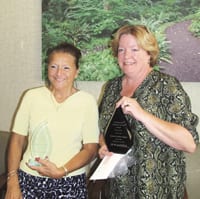