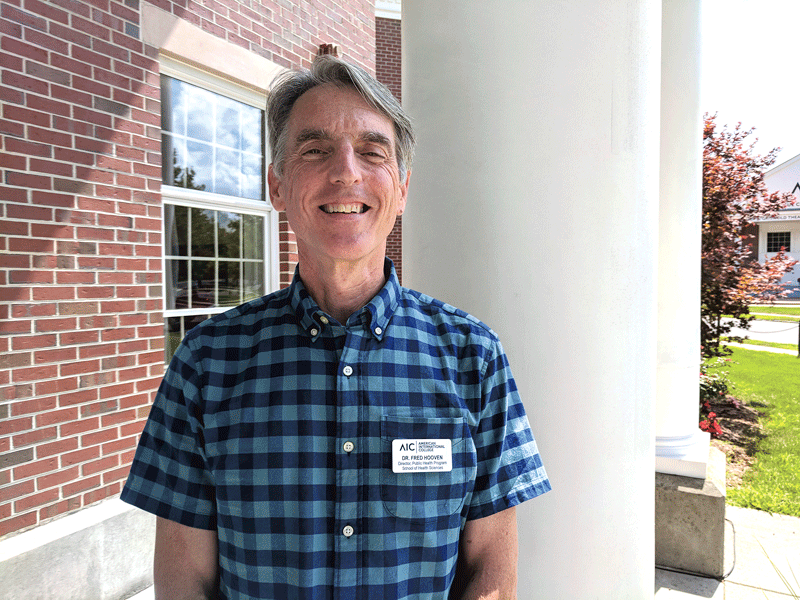 Uncategorized
August 14, 2018August 17, 2018 HCN Staff 412 Views
There’s more than one way to tackle teenage smoking, Scott McPhee said.
For a health professional who works in the clinical realm, a young person might present with a chronic cough. While treating the obvious symptoms, the provider might use the visit as an opportunity to encourage the patient to stop smoking, and maybe recommend resources available to help him do that. If he follows through, then one life was changed for the better.
“But if you’re coming at it from a public-health approach, you might put together an anti-smoking campaign, or meet with organizations or lawmakers to change policies with regard to smoking, or you might work with high schools or middle schools to do education programs.”
McPhee, professor and interim Public Health program director for Bay Path University, didn’t stop there. As another example, he cited fears over the Zika virus.
“If someone comes back from overseas with Zika, a clinical professional will treat that person’s symptoms, whereas a public-health professional is looking at entry points and how it’s transmitted and trying to take different avenues to offset that transmission.”
As students who enroll in Bay Path’s new master of public health (MPH) program quickly realize, McPhee said, the possibilities for making an impact on an entire community’s health are broad and diverse.
“Public-health careers are often misunderstood because the field can be difficult to define,” he added. “At one level, public health involves medical care provided within a community and outside a hospital setting. In a different context, public health can have local, regional, national, and global repercussions and refer to efforts to prevent epidemics and improve the health of entire populations.”
When some people think of health, he noted, they think of doctors and nurses who see patients with problems, and public-health professionals tend not to be in the public consciousness except during crises like Zika flareups or the water crisis in Flint, Mich. — incidents that demonstrate that there’s more to the healthcare world than one-on-one patient-provider interactions.
“It’s one thing to care about your family, but you really should care about the community as well,” he told HCN. “The health of your family is directly related to the health of the community.”
Jessica Collins understands this better than most, as executive director of the Public Health Institute of Western Massachusetts, which has long studied the social determinants of health — social and economic resources such as housing, education, food access, and transportation — and worked to conduct research, build coalitions, and influence public policy to create healthier communities.

“Public health has a very broad range of applications — everything from the regulatory realm to broad public policy,” Collins said, noting that the regulatory side alone deals with matters ranging from food testing to animal control to water safety, just to name a few. “It’s an exciting field because the realms are very different, and they require different expertise. A lot of people with different passions and interests and skills can be successful in public health.” 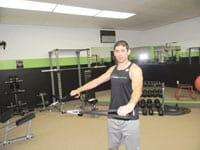 Fusion Reaction At This Unique Gym, – Fitness and Fun Are Equal Parts of the Equation