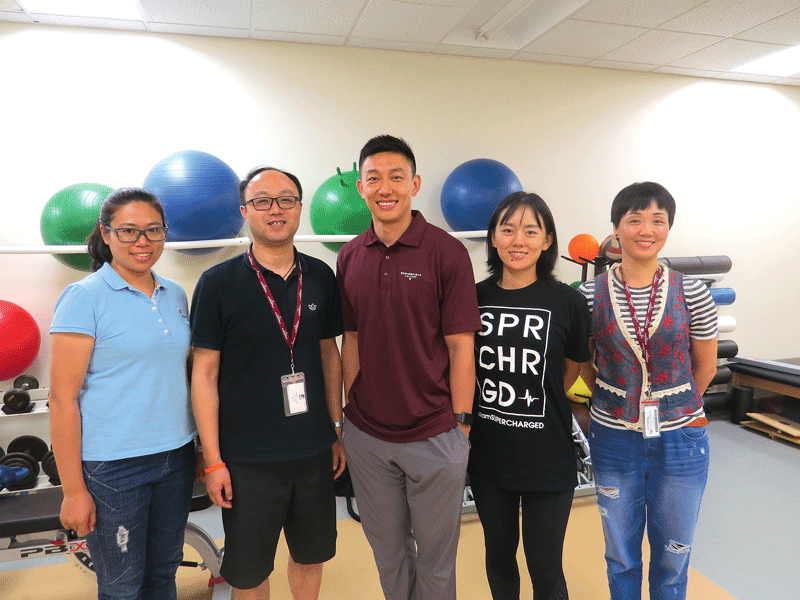 Uncategorized
August 14, 2018August 17, 2018 HCN Staff 309 Views
One side of Sue Guyer’s business card bears the Springfield College logo, address, and website, and declares that she is a doctor of physical education (DPE), is athletic-trainer-certified (ATC), and a certified strength and conditioning specialist (CSCS).
It also notes that she is chair of Exercise Science and Sport Studies and professor and clinical education coordinator of the Athletic Training Program at the college.
On the other side, it says all or most of that — in Chinese.
And she’s far from the only one at the 133-year-old college handing out business cards also printed in that language — one of the many visible signs of a relationship between the college and businesses, educational institutions, and civic leaders in that country that goes back decades and has only grown stronger in recent years.
Indeed, Guyer has handed out her card with the Chinese version facing up on countless occasions, including several visits there, including her first, in 2008, just before the Summer Olympics were staged in Beijing.
“We took 17 students over for an academic/cultural experience,” she recalled. “And China seemed to be the perfect place to go because we were looking at sports medicine — eastern and western approaches — and we were also looking at human performance, and we have relationships with multiple institutions in China.”
Many of those words and phrases — including ‘academic/cultural experience’ and ‘perfect place to go’ were no doubt uttered by those participating in the very latest example of this healthy relationship, one that wrapped up last week. Springfield College’s School of Health, Physical Education, and Recreation hosted 16 Chinese educators for intensive instruction in sports performance and sports medicine.
The participants, who hailed from several different cities and represented a number of institutions and businesses, received instruction and insight into everything from concussions to sport nutrition to the principles of treatment and rehabilitation during a two-week program focused on fitness, management, and leadership. For their efforts, they earned a certificate and continuing-education credits.
And for those participants, this was an eye-opening, valuable experience.
Cao Xiaojie (Andre), a coach with the Saipu Fitness Institute, the largest fitness-training academy in China, spoke with HCN near the start of the two-week program. He said the course of study was different from that in China (we’ll hear more about that later), and it was intriguing to compare western approaches and techniques with those learned in China.
“There will be a lot that we can take home with us from this experience,” he said, adding that Springfield College was one of several stops he and two colleagues from the institute made during a six-week visit to the U.S. “And we’re also looking at possible opportunities to work with Springfield College in the future.”
Guyer told BusinessWest that Springfield College, known nationally and internationally for its many sports- and fitness-related programs, has been fielding a growing number of requests from groups in China for its educators to visit that country and make presentations.
“We were getting four or five requests a year,” she explained. “And we decided that, rather than go over there all the time, we would keep our expertise here and have them come to us. That was the main impetus for putting this summer’s program together; we couldn’t meet all the requests to go there.”
The genesis of these requests is a heightened interest in sports performance, sports medicine, nutrition, and other subjects, and a desire to learn what would still be called ‘western’ practices, strategies, and methods for teaching and learning, especially as the country gears up for the 2020 Winter Olympics, said Maura Bergan, assistant professor of Exercise Science and Sports Studies, director of the summer program, and another of those providing instruction to the visiting delegation.

“The summer has always been a popular time for Chinese professionals to come over to learn a little more about sport medicine, human performance, and strength conditioning,” she explained. “So this summer we really worked hard to create a mainstream curriculum, a summer conference or seminar symposium.”

For this issue and its focus on education,  HCN talked with Guyer, Bergan, and some of the participants (often with help from an interpreter) to get some perspective not just on this summer’s program, but also decades of collaboration and a relationship that is healthy in every respect.
Speaking Their Language
As noted earlier, Chinese delegations visiting Springfield College to observe and learn is not exactly a recent phenomenon. In fact, Chinese students and educators have been visiting, and studying at the college for more than a century.
The origins of the relationship trace back to John Ma, a member of the Springfield College class of 1920 and graduate class of 1924. He was the first international scholar from China to visit the school, and is the founder of modern physical education in China and founder of the Chinese Sports Federation.
“We’ve had a long-standing history and relationship,” said Guyer, adding that groups have been coming to the college regularly over the past several decades.
In recent years, the college has hosted the Beijing Sports Institution’s softball team; a number of visiting coaches and educators, who would often come over for a semester at a time; the developmental hockey team; and other constituencies. And, as she mentioned earlier, the college was getting all those requests to come there.
In response to all that demand, the college decided to put together an intensive two-week summer program, one that attracted the large and diverse delegation that arrived on July 23.
Participants represented a host of institutions, including the Saipu Fitness Institute, Chengdu Sport University, the Shanghai Research Institute, the Dessy Fitness School, and the national women’s softball team.
Together, the visitors kept to a packed schedule — but one that still left time to visit Harvard, MIT, the Naismith Memorial Basketball Hall of Fame, a fast-food restaurant, and other sites of interest (remember, this is an academic/cultural experience — with instruction representing a blend of sports medicine and injury prevention and human performance).
Specific courses included:
• “The Epidemiology of Athletic Injuries,” which focused on common injuries, contact versus non-contact injuries, and other subjects;
• ‘“An Introduction to Sport Performance,”taught by Bergan, featuring everything from a tour of facilities to instruction in training, to creation of a ‘performance plan’;
• “Components of a Warmup,” focusing on such matters as mobility, soft tissue, and preparation;
• “Introduction to Performance Testing”;
• A program on Plyometrics (jump training) and explosiveness;
• “Weight Lifting Instruction”;
• A program on conditioning focused on everything from programming to energy systems; and even
• “Music & Performance.”
Much of the instruction was hands-on, said Guyer, adding that participants were given both theory (in the morning sessions) and hands-on, practical application in the afternoon classes.
“They don’t do a lot of hands-on in China — a lot of is theory and lecture,” she explained. “So they like our approach to blending the theory with the hands-on, and that’s what makes our programs so exciting for them — they get to do what they’re learning, and that’s not a traditional learning style in China.”
As an example, she cited study of concussions. In China, these professionals would learn the textbook application of concussion with regard to what they would see and do. During this summer’s program, there was a lecture, but also work in the lab, where they practiced what they would see with a concussion, how they would evaluate one, and how they would treat it.
“We allow them to practice the skills they learn in the classroom rather than just the didactic, the theory,” she explained, adding, again, that this teaching method resonates with them.
Bergan called it a “holistic approach” to teaching sports medicine and human performance.
“We decided to combine the two together, and they get a little of both,” she explained. “They get the sports-medicine side, and they get the performance side, and that’s different and unique for them.”
Participants who spoke with HCN at the start of the two program, such as Dr. Huang Yizhuan, a spinal surgeon and representative of the Chengdu Sport University, said they hoped to bring home with them new insights into sports medicine and human performance.
“It has been a learning experience,” he said through an interpreter. “This is a great opportunity for me to bring sports-medicine knowledge back to China.”
Course of Action
Bergan’s business card doesn’t have all of her information in Chinese on the reverse side — yet.
Indeed, she is planning to go visit that country this fall for still another of the many exchanges that have marked the past several decades. By then, she’ll have printing on both sides of her card.
And her visit will add another chapter to a decades-long relationship that has generated an exchange of ideas and yielded real learning experiences for people in both countries.
Share This Post:

There’s No Plan for the Mentally Retarded 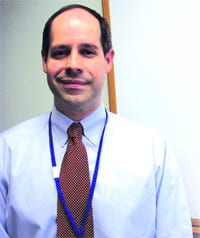 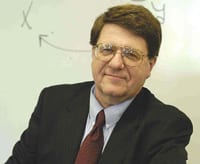