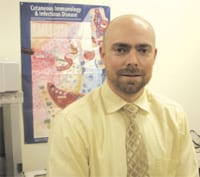 Richard Wood remembers talking to a number of Springfield College graduates while he was building a case for creating a Nutritional Sciences degree program at the college a few years ago.

Such discussions inevitably featured a question — something along the lines of “do you think we should have such a program?” said Wood, associate professor of Exercise Science at the college, adding that, while the responses varied, they were generally very slight variations on two themes.

“Invariably, people either said to me, ’wait, you don’t already have one?’ or ’it’s a perfect fit’ — those are basically the only responses I received,” Wood told HCN, noting that such commentary, along with some decidedly more scientific analysis and research within this market, led college administrators to move forward with the proposal; the program is slated to start in the fall of 2013.

Those who enroll — and 15 to 20 students are expected at the start — will be taking courses such as Human Anatomy and Physiology (I and II, as well as labs), Advanced Nutrition and Metabolism, and Principles of Food Science, while earning a bachelor’s degree that could lead to pursuit of graduate programs in nutritional sciences or one of a growing number of employment opportunities in the broad realm of nutrition.

This includes jobs in both the public and private sectors, said Wood, and such areas as public (or community) health, the massive food industry, marketing and product design, patient advocacy, education, research, sales, government, and sport performance.

“We all eat,” he said while attempting to quantify and qualify the extent of the job market in this field. “And any time you have something that every single person has to do, there are a lot of opportunities.”

Beyond this simple fact, there are other reasons why the timing is appropriate for creation of this program, said Wood, especially a growing awareness of the importance of proper nutrition, as well as a real need for what he called “nutritional problem solvers.”

“People in American recognize that nutrition is more at the forefront than it’s ever been, yet there’s probably more confusion about nutrition than there’s ever been,” he explained. “We probably have more nutrition resources than ever, and more focus on healthy eating, but we need something more.

“There is a disconnect between these ideas and this information, and practically helping people lead healthier lives,” he continued. “And that’s where we need these creative problem solvers.”

For this issue, HCN looks at how Springfield College’s new program will attempt to put more of these specialists to work.

They centered on that disconnect that he described, and also on simple laws of supply and demand as they relate to the business of higher education. In short, those discussions revealed both a need for such a program and an opportunity for Springfield College to meet that need and, in the process, further broaden its focus, or Humanics philosophy, as the school calls it, which calls for the “education of the whole person — in spirit, mind, and body — for leadership in service to humanity.”

And this brings Wood back to those comments from alumni that a nutritional science program would be a perfect fit at the 127-year-old college.

“Because of the nature of Springfield College being so focused, with our Humanics philosophy, on service-oriented careers, this really is a good fit,” he explained. “We have a lot of allied health programs, and this can certainly fall into that realm.”

Beyond that basic symmetry, there is also requisite demand for such a program, he continued, adding that there have been many inquiries at the school’s admission office as to whether a course of study exists.

The volume of such queries was enough to convince Wood and others to proceed with a comprehensive feasibility analysis, which eventually determined that, given the seemingly rising demand and the fact there are only a few degree programs in this field in New England — UMass Amherst, UConn, Boston University, and Framingham State offer them, for example — it would be prudent for the school to proceed.

And as he talked about what the program is all about, Wood started by explaining what it isn’t about. Specifically, it is designed as a non-dietetic track, he noted, meaning that this will not lead students to careers as dietitians.

But it can, and will, lead to both graduate programs in nutritional sciences and careers in a host of fields.

“We’re not planning to prepare people to become dietitians — that’s not our goal,” he explained. “But there are a lot of things people do in the world of nutrition. Graduates could work for a food company and help it design products and market products. They could also work in the public-health area on nutrition-related topics.”

Elaborating, Wood said the Springfield College program would be focused on what he called the bigger picture in this broad field, or “critical thinking in nutrition and problem-solving in nutrition,” both of which he would classify as recent developments in both higher education and career development.

And while he admits that it is difficult to effectively track the number of jobs in the realms he discussed, Wood said he believes they will exist in numbers sufficient to generate high placement rates for graduates of the new program. “I know that the demand for the nutrition professional is very high.”

Wood told HCN that he probably didn’t coin the phrase ’nutritional problem solver’ — although he quickly noted that he hasn’t heard anyone else use it to date.

He likes it, because he can put it to use to describe both the need for the program he played a lead role in creating, and also the individual who has that diploma on his or her wall.

“We need educated, motivated, creative thinkers to meet America’s nutritional needs,” he said, noting that, in this case, ’need’ means someone who can help people make sense of the information now available and, more importantly, put it to good use.

Starting in the fall of 2013, Springfield College will go about training people so that they can earn that distinction, and commence solving problems. 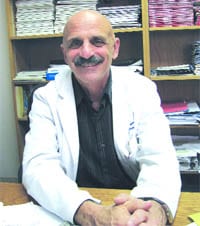 A Matter of Time When a Heart Attack Strikes, Quick Action Can Save a Life