One billion dollars doesn’t go as far as it once did.

But that kind of money still draws a reaction, as hospitals across the Bay State found out when a state agency recently announced that hospital profits topped $1 billion for the fiscal year that ended in September 2006.

The report by the Division of Health Care Finance and Policy reflects filings by 64 of the 66 acute-care hospitals in the state, showing that all but nine finished the year in the black, with excess revenue totaling more than $1 billion — a slight increase over 2005, and almost double the total surplus reported in 2004.

Reaction was swift from those looking for reasons to criticize hospitals. For example, the Mass. Nurses Assoc., currently pushing state legislation that would mandate specific nurse-to-patient staffing ratios, jumped on the report.

“Massachusetts hospitals definitely put the ‘profit’ in ‘non-profit,’” said Donna Kelly-Williams, the group’s vice president. “This year’s profits could pay for the staffing needed to protect patients many times over, yet the safety of patients is being sacrificed to high industry profits and seven-figure CEO salaries.”

Meanwhile, hospital administrators say a raw number doesn’t tell the whole story, claiming that patients are better served when a hospital has money to reinvest in new facilities, technology, and equipment.

“When people hear the term ‘non-profit,’ they tend to believe erroneously that hospitals should have no profit,” said Keith C. McLean-Shinaman, Baystate Medical Center’s senior vice president for Finance. “But if an organization has no surplus, then the hospital has no way to perpetuate itself in terms of required investments. Non-profit doesn’t mean the organization isn’t intended to have a surplus; it simply means the hospital exists for the public good.”

This month, The Healthcare News delves into the issue of excess revenues, what the numbers really mean, and why administrators say the news benefits patients, not just CEOs.

Area hospital administrators are quick to point out that nearly half the $1 billion figure is generated by three Boston institutions: Massachusetts General Hospital ($294.9 million), Children’s Hospital ($101.5 million), and Brigham and Women’s Hospital ($68.1 million).

Of Western Mass. institutions, only Wing Memorial Hospital and Noble Hospital finished the last fiscal year in the red, with losses of $3.7 million and $1.3 million, respectively. Mercy Medical Center, which was profitable in both 2004 and 2005, did not participate in the survey.

Hank Porten, president and CEO of Holyoke Medical Center, said a deeper look at that hospital’s revenues reveals a more fragile situation than the numbers suggest.

First of all, $1 million of the hospital’s $1.9 million in excess revenue came in the form of a one-time gift from the family of one of the hospital’s founders. Second, because HMC provides care — much of it uncompensated — to one of Massachusetts’ poorest communities, the state gave the hospital $3.25 million last year.

“All the money that the state gave us was for patient care, and if we hadn’t received that, we would have had significant losses,” Porten said. “And there are probably four or five hospitals across the state with challenges similar to Holyoke,” regardless of any surplus revenues they might report.

“One component of this wide-ranging issue that’s often overlooked is that hospitals themselves are facing increasing costs for the necessary items they need to operate,” Kirkpatrick said.

He noted that while hospital expenses continue to rise, the reimbursements from all payers are not keeping pace. For example, the federal government’s annual increase in the payments it makes to reimburse hospitals for caring for Medicare patients was just 3.7{06cf2b9696b159f874511d23dbc893eb1ac83014175ed30550cfff22781411e5}. On top of that, President Bush’s proposed federal budget for the coming fiscal year would reduce Medicare payments to Massachusetts hospitals and other providers by more than $1.4 billion over the next five years, while the Medicaid proposals in the budget would cut payments by an estimated $1 billion over the next same period.

A Time to Build

Those trends provide all the more reason to celebrate any operating surplus, not shy away from the news, McLean-Shinaman said.

“We have an operating surplus at Baystate because we plan for it, and the reason we plan for it is that this is the primary source for funding capital investments in facilities, technology, and programs,” he said. “When you hear that an organization has an excess of revenue over expenses, that calculation does not include the amount the organization has to spend on capital projects.”

He explained that Baystate Health has a capital budget that ranges between $50 and $60 million per year, but examines some $120 million annually in capital requests from its various facilities, ranging from building renovations to updating equipment and information technology — and that’s when no major building projects are ongoing, like the $259 million expansion project slated to begin next year.

“That gives you the sense that we’re not running out and buying everything on the wish list,” McLean-Shinaman said, “but we’re being deliberate in prioritizing our needs. That $60 million in capital needs puts that $43 million surplus figure in context.”

Indeed, when a hospital does not run a surplus, he said, it is unable to fund the projects deemed necessary to serve the community.

“If you look at the issues with respect to patient access — patients diverted from one emergency room to another because there’s not enough capacity, or patients waiting overnight in the ER because they can’t get into a hospital bed — that’s because we have failed to keep up with updating and replacing our bricks-and-mortar facilities,” he said.

The capital crunch was most sharply felt five to 10 years ago, when two-thirds of Massachusetts hospitals had operating losses, he noted, adding that such a situation isn’t healthy for the organizations themselves or the patients they attempt to serve.

Even at a relatively healthy time for hospitals, plenty of difficulties have not been remedied, Porten said, including chronic underfunding by state and federal payers and the strain caused by uncompensated care, particularly in poorer communities.

Indeed, Kirkpatrick noted that emergency department visits, a common source of primary care for the uninsured, rose by 2.2{06cf2b9696b159f874511d23dbc893eb1ac83014175ed30550cfff22781411e5} across the state last year, a rate more than double that observed between 2004 and 2005. It remains to be seen how the state’s health insurance law, set to go into effect in July, will impact that trend, but as the first year of the law will require only the most basic coverage, some lower-income families will remain underinsured, Porten said. “We are going to face some challenges. The uncompensated care issue is not going to go away as fast as originally anticipated.”

Despite calls from nurses’ organizations and other labor advocates to increase staffing and salaries, McLean-Shinaman said Baystate already makes its people a priority, noting that roughly half of the health system’s $1.2 billion annual budget is spent on compensation and benefits. “We’re always trying to be the employer of choice, which is a way to achieve the highest quality of care,” he said.

That doesn’t quell the criticism, however, particularly amid heated legislative debates such as that over nurse staffing. “These profits show that the resources are available to hospital administrators to improve RN staffing levels,” Kelly-Williams said, “so that nurses can provide the safe, quality care our patients deserve.”

Administrators say the issues are more complex than that.

“You have to look at all the numbers, without a political agenda,” Porten argued. Still, the extra dollars in surplus cash should make those issues a bit easier to tackle. 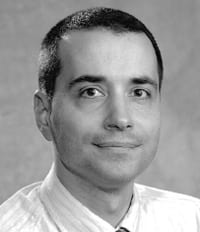 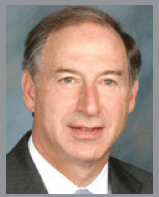 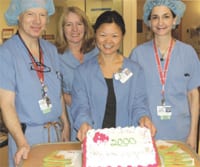