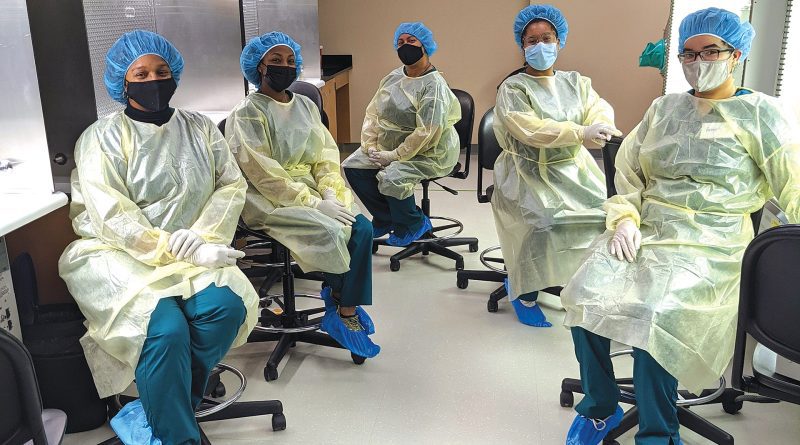 Dalmary Santiago is not new to the healthcare field — she has worked in home health, and her mother is a pharmacist — but she is rediscovering the importance of her work through a new pharmacy technician training program from which she recently graduated.

“I thought my mom working in the pharmacy was just counting pills and passing them on and making sure that the patients had their meds, and that was about it,” she said. “Now I go to her and I say, ‘you really worked hard to make sure that your patients were OK and that they understood everything.’

Hokyoke Community College (HCC) has been collaborating with Baystate Health since the spring of 2021 to put together a customized, no-cost pharmacy technician training program for incumbent workers employed at area medical facilities. The program was funded through a Digital Innovation for Lifelong Learning grant HCC received from the Boston-based Commonwealth Corp.

Graduates have gotten the opportunity to expand their learning and career path to become a pharmacy technician, and, like Santiago, have learned that working in a pharmacy is not just counting pills and passing them on to the patient; it’s about growth and support.

Jason Pacheco, director of Workforce Planning and Compensation at Baystate Health, told HCN that his team was able to work with a number of frontline employees and help them align their paths to this particular training program and then partnered with the pharmacy team at HCC to help develop the program.

I thought my mom working in the pharmacy was just counting pills and passing them on and making sure that the patients had their meds, and that was about it.”

“Baystate had put in for an application for the Digital Lifelong Learning program to train pharmacy technicians, and not only to train them, but to develop a competency-based, contextualized course that helped incumbent workers that were on the front lines, or EVS [environmental services] staff or food-service folks, in order to upskill toward a critical occupation for inpatient pharmacy technician,” Pacheco explained. “I think that the HCC team has done a phenomenal job really developing and listening and working with Baystate Health and Holyoke Medical Center to really design and develop a program.”

Even before the pandemic, staffing shortages were taking a huge toll on pharmacies, especially those in the retail sector. Pharmacists and technicians were being overworked due to low numbers of employees, which started creating an environment for medication errors. And with the pandemic shutting the world down in March 2020, the problems just got worse.

“We knew that, across Massachusettts and everywhere else, there are thousands of healthcare employees in entry and mid-level positions who lack sufficient access to education entry. They lack skill-building opportunities that are practical to full-time workers,” said Karen Shack, associate director of Commonwealth Corp. “Similarly, employers, healthcare employers in these industries, face a lot of workforce shortages. The issue and purpose of this project was not just because of the lack of traditional education opportunities for entry-level workers, but to address the feasibility of participating in these offerings, which was tough for a lot of workers.”

In her speech at a Sept. 23 event to celebrate the success of the pharmacy technician training program partnership, Shack noted that traditional, classroom-based programs with high tuition and emphasis on seat time don’t always work as a feasible option for full time workers; they’re often too expensive or difficult to access. Frequently, the courses are scheduled during times that are impossible for full-time workers, especially those with families.

A lot of the students in the new HCC program were already working for Holyoke Medical Center or Baystate Medical Center as they entered into this training. They were finding time to study and learn while still trying to keep up with the increasing demand for help at the hospitals.

“We had to expand some of the timelines and adjust the schedule to meet that reality,” said Kermit Dunkelberg, assistant vice president of Workforce Development at HCC. “Some people didn’t stay with it for various reasons, so those that stuck it out not only went through a really rigorous and demanding academic program, but did it during the middle of a pandemic, working in an industry where they were on the front lines and needed every single day; it was absolutely amazing.”

Hayden told HCN that, with the volume of jobs available at businesses like acute-care hospitals like Baystate or retail pharmacies like Walgreens and CVS, the opportunity is there for job seekers and this unique program — not only to find a new career, but to advance in a growing occupation. Ten out of the 20 students who finished the program have obtained their national certifications as pharmacy technicians, which boosts starting wages in the field 11% higher, not including $4,000 retention bonuses.

“The students previously did not have a background in the pharmacy field, but instead were working for the hospitals in other areas such as transportation, housekeeping, and dining services,” said Sharon Grundel, HCC’s assistant healthcare project coordinator. “While working full-time, they spent an additional 15 hours a week over five months training to become pharmacy technicians. They really endured.”

Brianna Gaynor, a student graduating from the program, heartily agreed.

“This is definitely the best thing to put out into the hospital,” she said. “My father’s disabled. It’s a really low-income household. I have two siblings. So for this program to be offered at zero dollars, zero payment, it opened the door for so many people to be able to have that opportunity to take the next step to get out of environmental services, patient transport, all of those things that don’t require an education. It gave those people the chance at an education.”

Santiago said she would certainly recommend the program, praising not only the education she received, but, more importantly, the support, which she has continued to receive in her quest to become an at-home nurse.

You might say the program has inspired her to continue in her mother’s footsteps, which, as she now realizes, is much more than counting and handing out pills. 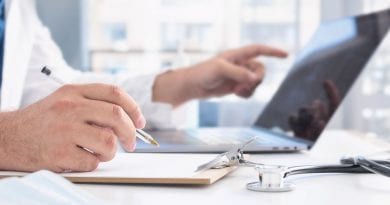 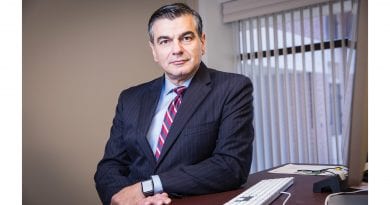