They are one of the greatest discoveries of the 20th century — antibiotics — and it all began back in 1928 with the discovery of penicillin by Scottish biologist Sir Alexander Fleming.

Today there are more than 100 different antibiotics on the market designed to cure minor, as well as life-threatening, infections. But, these same drugs designed to help us are now sometimes working against us because of their overuse and misuse, especially for children, who have the highest rates of antibiotic use.

When infectious organisms such as bacteria are exposed to an appropriate antibiotic, they are usually killed or slowed down enough for our bodies to destroy them. However, random mutations that occur during multiplication lead to antibiotic resistance in a small number of these organisms. These mutated, antibiotic-resistant microbes are then able to continue to multiply, unaffected by the antibiotic, and produce a worsening disease or are spread to others.

The more we use an antibiotic, the more we allow resistant organisms to multiply and spread among our population. The overuse of antibiotics and the resulting spread of resistant organisms can lead to serious or even catastrophic consequences — all because increasing antibiotic-resistance makes it more difficult to find an appropriate antibiotic that will work for a given infection. This is exemplified by the increasing prevalence of skin and soft-tissue infections caused by the bacterium known as methicillin-resistant staph aureaus, or MRSA. These infections spread rapidly and can be extremely aggressive, difficult to treat, and even life-threatening.

The most common conditions for which antibiotics are inappropriately prescribed in children are acute upper respiratory tract infections. These include the common cold, sinusitis, and ear infections, most of which are self-limited — meaning they will resolve within a specific time period and require no treatment or there is no treatment available ­— and viral in nature, and are not affected by the use of antibiotics.

Middle-ear infections, or acute otitis media (AOM), are the most common childhood upper respiratory tract infection treated with antibiotics. In 2004, the American Academy of Pediatrics (AAP) and the American Academy of Family Practitioners issued new guidelines recommending the “observation option” for certain children with AOM. This approach withholds antibiotics for the initial 48-72 hours in children over the age of two, who do not have high fever or severe ear pain. This is a prudent option since most children will improve whether or not an antibiotic is prescribed. Studies have shown that up to 20 children would need to be treated with the appropriate antibiotic before even one benefits from it.

Antibiotics remain the most frequently prescribed drugs in children, and amoxicillin, the drug of choice for the treatment of AOM, remains by far the most prescribed antibiotic in pediatrics.

Due to strong educational efforts by organizations like the AAP, some headway has been made in decreasing the inappropriate use of antibiotics in children. Antibiotic prescriptions for children declined 14{06cf2b9696b159f874511d23dbc893eb1ac83014175ed30550cfff22781411e5} from 2002 to 2010, according to the federal Food and Drug Administration. Unfortunately, most of this decrease occurred from 2002-2003 and has been stable since then. Another study, published in June in the journal Pediatrics, showed a similar downward trend in antibiotic use in Massachusetts children from 2000-2004, with the downward trend ending by 2004-2005. One finding of concern from that study was the increasing use of second-generation macrolide antibiotics in children ages 4-6 for some common childhood conditions like ear infections. These antibiotics are more expensive and possibly less effective than amoxicillin for treating these infections.

Despite the push to limit the inappropriate use of antibiotics, many parents come to the pediatrician expecting, or even demanding, that their child receive an antibiotic when there is no medical need for one. Studies have shown that parental pressure does affect the prescribing patterns of pediatricians when it comes to antibiotics.

To win the battle, further education of both pediatric health care providers and parents is needed. Health care providers and other professionals who work with children need to continue to educate parents about the difference between viral and bacterial infections, and the futility, and even danger, of treating viral illnesses, such as colds, with antibiotics. They need to be reminded of the importance of reserving antibiotics for infections that warrant them, and the danger of antibiotic resistance which can result with their inappropriate use.

Providers must resist parental pressures for antibiotics when they are not indicated, and refrain from giving in to those pressures. Being knowledgeable about the educational resources that are available to parents and directing them to those resources or providing materials in the office is an important step in this educational process.

The AAP periodically reviews its guidelines for antibiotics to assist parents in their appropriate use. The academy’s latest recommendations for parents and caregivers include:

Additional resources for parents include: CDC: Get Smart: Know When Antibiotics Work at www.cdc.gov/GETSMART/ and AAP: Antibiotic Prescriptions For Children at http://tinyurl.com/bnbrjw6. For more information on Baystate Children’s Hospital, visit www.baystatehealth.org. 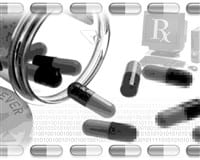 The Doctor Will See You Now? With Online Pharmacies, Not Necessarily — And The Government Is Watching