Alzheimer’s disease affects between 15 and 20 million people worldwide, and that number is only expected to rise along with the average age of the population unless new treatments are developed to reverse the advance of the dementia caused by the disease — or prevent it completely.
Thankfully, recent advances in medication development offer hope for Alzheimer’s patients and their families. Three new medicines, all developed in the past three years, are able to slow down or stop the progression of memory problems in patients who suffer from dementia.

These three medications — Aricept (donepezil, from Eisai/Phizer Pharmaceuticals), Exelon (rivastigmine, from Novartis Pharmaceuticals), and Reminyl (galantamine, from Janssen Pharmaceuticals) can prevent two-thirds of patients with Alzheimer’s disease from getting worse over a two-year period, while most untreated patients become progressively more forgetful and unable to care for themselves.

Alzheimer’s, clearly, is a devastating disease for the patient and loved ones alike. The disease gradually causes brain cells to die, leading to memory loss, speech problems, disorientation, and a loss of motor skills. Death is inevitable — sometimes within five to 10 years, sometimes sooner.

These three drugs, however — known collectively as cholinesterase inhibitors — work by stopping the breakdown of choline, a brain chemical that is necessary to make new memories. With the treatment preserving choline levels in brain cells, the memory problems that are found in dementing diseases usually did not worsen over the two-year period in which the medicines were studied. While none of these medicines can reverse Alzheimer’s disease or other dementias, they help to keep the condition from becoming worse.

How important is this? Extremely important. By stopping the progression of the illness, we can keep people living on their own longer, maintain them in their homes with their families longer, and delay entrance into nursing homes. One study regarding the efficacy of Reminyl found that caregivers (usually spouses or children) of Alzheimer’s patients reported having an extra hour each day for themselves that they did not have to devote to caring for their memory-impaired loved one. This is a major benefit to anyone who has been in this situation.

Alzheimer’s disease represents about one-half of all cases of dementia or memory impairment. In the year 2000, about 4 million Americans had the disease. By 2010, that number is expected to increase by 50{06cf2b9696b159f874511d23dbc893eb1ac83014175ed30550cfff22781411e5} to more than 6 million and may reach 8 million by 2020, when the bulk of Baby Boomers will be entering their 70s. While we hope to have Alzheimer’s-reversing treatments in the next five to 10 years, our best hope of helping those who have it now involves early detection and treatment. The earlier we can make the diagnosis, the more mental abilities we can preserve.

But how do we distinguish who would benefit from this treatment from those with “normal” forgetfulness? Everyone over the age of 65 has had some “senior moments” when they could not recall a fact, someone’s name, or maybe where they left their car at the mall parking lot. But since this can be a normal occurrence, it is essential to measure the ability to remember new information in comparison to other people of the same age.

This is where neuropsychological testing comes in. This type of testing uses standardized tests of attention, memory, learning, and judgment to measure how well a person’s brain is working. It is like taking an inventory of the person’s brain. A good neuropsychological examination takes about three to four hours, involves both interviews and testing, obtains information from the patient and the family, and produces a complete report with recommendations to the referring doctor and to the family members.

When the neuropsychological evaluation is combined with a thorough blood test and a radiological imaging test (MRI or CT scan), the doctor can usually determine if a true memory problem exists. By detecting such problems in their early phases, we can treat the memory disorder with medications, make adjustments in the kinds of things that the person is required to do in daily life, and stop the progression of memory failure before it becomes a big problem.

For people who test normally in all three areas, we can reassure them that they have healthy memory abilities and they can relax. In some cases, their memory concerns may be caused by being depressed or anxious, and their doctor can provide treatment for those conditions.

In many cases, the biggest problems to be faced are fear and denial. Because the idea of Alzheimer’s disease is so frightening to most people, they don’t go for evaluation in the early stages. In the past, when nothing much could be done about the illness, this may have made good sense. But not today. Since we can now often stop the problem from getting worse, the longer you wait, the more you can lose.

Anyone interested in learning more about these medications can consult their physician, a qualified neuropsychologist, or the Alzheimer’s Association.

Mitchell Clionsky, Ph.D., is a board-certified neuropsychologist specializing in the evaluation of dementias and head injuries. He has practiced in this field for more than 15 years and has given a number of talks to local senior groups, nurses, physicians, and psychologists on the topic of memory problems and neuropsychological testing. He practices at 155 Maple St., Suite 203, Springfield; (413) 734-3331. 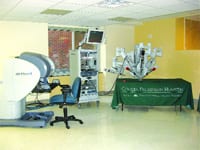