Six years after the Mass. Commission Against Discrimination (MCAD) advised companies with at least six employees that they were legally obligated to post sexual harassment policies, the MCAD has issued guidelines to assist employers large and small, including medical businesses such as hospitals and doctor’s offices, in determining what types of behavior are illegal and what to do if an employee claims that he or she has been sexually harassed.

The Massachusetts statute that prohibits sexual harassment in the workplace is Chapter 151B. It defines sexual harassment as ‘sexual advances, requests for sexual favors, and other verbal or physical conduct of a sexual nature when submission to or rejection of such advances, requests, or conduct is made either explicitly or implicitly a term or condition of employment or as a basis for employment decisions.’ Unfortunately, the definition left interpretation of the law open to the MCAD, lawyers, and judges. The new guidelines define the conditions under which an employee is justified in filing a complaint and detail steps regarding how the complaint should be handled through to resolution. Conversely, the guidelines also provide verbiage regarding claims that are found to be frivolous, and what action may be taken under these circumstances.

An important element in the guidelines is the definition of a ‘hostile work environment.’ In a nutshell, this is described as verbal or physical conduct of a sexual nature that interferes with an individual’s work performance by creating an intimidating, hostile, humiliating, or sexually offensive work environment. Examples include inappropriate touching, sexual epithets, jokes, gossip, sexual conduct, or comments; requests for sex; displays of suggestive pictures and objects; leering, whistling, or sexual gestures. However, if the conduct was welcomed by the employee, not all of these examples present a hostile work environment.

It is also important to note that an employee need not communicate his or her objection to harassing conduct to demonstrate its unwelcomeness. While not all inappropriate or offensive conduct creates a hostile work environment, one must only prove that the working conditions were altered, or show interference in her work performance, even though he or she may not have suffered an adverse job action such as demotion, suspension, or termination.

The guidelines also extend the culpability to sexual harassment outside the workplace. This includes inappropriate conduct at employer-sponsored functions and states that consideration would be given to the severity of the offense, the work relationship of the complainant and the harasser, and whether the conduct adversely affected the complainant’s employment or work environment.

To take it one step further, sexual harassment is not necessarily restricted to a supervisory/subordinate relationship. The employer is liable for sexual harassment by co-workers as long as the complainant can prove that the employer knew about the offensive conduct and did not take appropriate action.

To further round out employer liability for sexual harassment, an employer is also responsible for the conduct of certain non-employees, such as customers, patients, clients, independent contractors, and other acquaintances. Liability in these circumstances is dependent upon the control the employer has over the conduct of these non-employees. The greater the degree of control, the greater the liability the employer may have for sexual harassment charges.

As in direct employee misconduct, the employer may be liable if the complainant can prove that the employer knew of — or should have been aware of — the harassing conduct, and failed to take prompt remedial action.

Although training is not required by Chapter 151B, it is encouraged for all employees on a regular basis. Addition-ally, anybody in a supervisory role should have subsequent training to address his or her special circumstances and responsibilities. It must be stressed in all work environments that sexual harassment will not be tolerated and must be reported immediately. Specific parameters should be set that prohibit the dissemination of sexually explicit voice mail, E-mail, graphics, and other downloaded material. These and other details must be included in a written sexual harassment policy that is posted in a conspicuous place, presented to all new employees, and re-circulated among all employees annually.

No longer confusing and obscure, the provisions and requirements of Chapter 151B are detailed in the new MCAD Guidelines on Sexual Harassment.
The MCAD promised to post the

new guidelines on its Web site at www.state.ma.us/mcad after Oct. 22. The site includes additional information such as appropriate means of receiving complaints, rules for conducting investigations, statute of limitations on claims, continuing violations doctrine, and retaliation prohibition.

These new guidelines clearly place the burden of investigating sexual harassment claims upon employers. No longer is it acceptable behavior to ignore a problem or even to claim a lack of knowledge. Employers are responsible for the conduct of their employees and certain non-employees who come in contact with staff. Infractions must be dealt with swiftly and firmly, and all offenses must be taken very seriously.

According to the U.S. Equal Employ-ment Opportunity Commission, sexual harassment allegations have grown about 50{06cf2b9696b159f874511d23dbc893eb1ac83014175ed30550cfff22781411e5} from 1992 to 2001. It is a hot issue in employment law, and the new guidelines are meant to clear the muddy waters for employers. If an issue cannot be resolved internally and must go to the MCAD, it is recommended that an employer consult with an employment attorney. 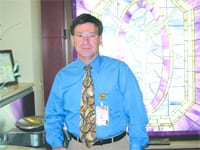