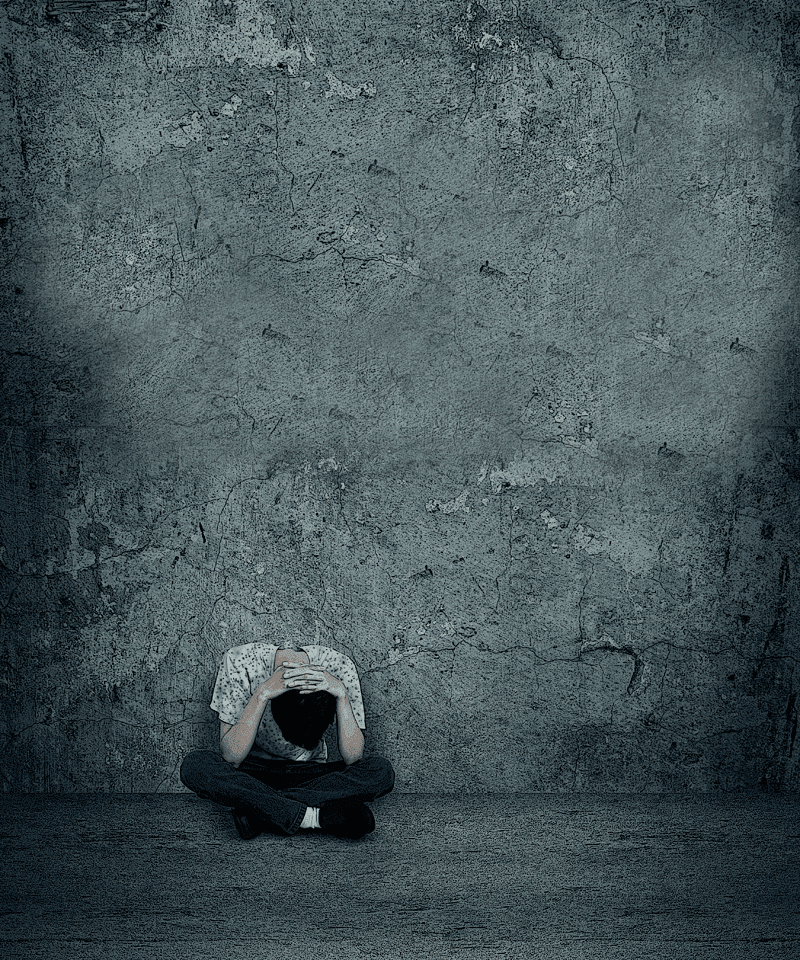 In the wake of the tragic shooting at a Florida high school in February that left 17 people dead, much of the focus, and expended energy, has been directed on gun violence and legislation aimed at stemming it.

Indeed, survivors of the shooting at Marjory Stoneman Douglas High School have been very visible, extremely loud, and quite persistent in their efforts to bring about changes in gun legislation, and they seem to have no intention of letting their collective feet off the gas pedal.

But while those actions play out, Katherine Moss believes that people can’t afford to forget about the other elephant in the room — the behavioral-health issues that are behind this and virtually every shooting like it, the same issues that are impacting almost all young people to one degree or another.

Moss, vice president of Integration at Springfield-based Behavioral Health Network, summed it all up quickly and poignantly.

“There is a constant feeling that the world is a scary place — the world is a terrifying place, and you’re not safe going to a music concert or a ballgame or any of those places,” she told HCN, adding that these sentiments lead to exceedingly high amounts of stress and anxiety, but also feelings of powerlessness. Meanwhile, many young people are feeling neglected, bullied, harassed, or any combination of the above, and a good number of these individuals simply don’t know how to resolve these feelings.

Moss theorizes that there are more young people today suffering from what is known as toxic stress than at perhaps any time in history. And the issue now and moving forward is how this stress is treated and managed.

“I’ve heard plenty of educators say that the incidence and prevalence of social and emotional behavioral challenges in schools is significantly different now than it was 30 years ago,” she said. “It’s just anecdotal, but many, many teachers and principals will say, ‘I just can’t do it … the kids in my class and the problems they come in with.”

“A lot of people have referred to us with anxiety issues,” said Wilson, who generally works with children 12 and over, adults, families, and groups, and has young people referred to him by schools.

Left unchecked, all this anxiety, anger, and helplessness can lead to a host of problems later in life and, in extreme causes, to the violence that has made places like Parkland, Columbine, and Sandy Hook not merely names on a building or a map, but nouns used to delineate tragedy.

Unfortunately, unlike more serious mental-health conditions, these social, emotional, and behavioral challenges described above are not easily treated, with prevention being the more logical course, said Moss, adding quickly that there are simply not enough support mechanisms in place at present, and more need to be developed.

“While our society is trying, our system of supporting our children in the earliest years is nowhere near where it needs to be,” she explained. “The vast majority of early childhood settings are under-resourced, and staff are underpaid and undertrained to provide the rich environment and skills needed to support kids in developing.

“The fast-paced, high-pressure, and disconnected culture we live in presents so many pressures on parents and children, and there are not enough tools to manage the pressures and the pace,” she went on. “Coping skills that children develop to get by are often not the most positive or socially appropriate.”

Possible courses of action involve everything from limiting a young person’s screen time to encouraging parents to do more to teach their children to solve problems, to simply opening the lines of communication through such things as eating dinner together.

And the stakes, as they say, are extremely high.

“If children grow up seeing violence, feeling deprived, feeling harassed, feeling persecuted or victimized, and if they’re not given the tools and the skills they need to make sense of that and feel connected, then they’re going to grow up not having the skills they need to resolve their problems, to manage their anger, and to engage appropriately in the community,” said Moss.

For this issue, HCN talked at length with Moss and Wilson about the dangerously high levels of stress and anxiety challenging young people today and what can possibly be done to stem this tide — and perhaps prevent another high school or elementary school from becoming one of those tragic nouns.

As she talked about the tragedy at Parkland and others like it in recent years, Moss noted that there has been a flood of commentary about guns, but also mental health.

One comment that has stayed with her came from a psychiatrist quoted after the shooting in Florida. “He said that mental illness is something we typically think of as something that can be treated with medication or therapy,” she told HCN. “These are disorders like schizophrenia, bipolar disorder, major depressive disorder, things like that. The vast majority of people with those diagnoses don’t commit mass shootings or acts of violence of all.

“Someone who commits mass acts of violence is not … I don’t want use the technical term ‘of sound mind,’” she went on. “But obviously they’re not in a good space mentally and emotionally in order to enact such atrocities.”

The challenge moving forward, and it’s a huge challenge at that, she said, is to prevent people from getting into that space. And more must to done to address those conditions that may way “inhibit someone from developing a sense of themselves as a competent human being in relation to the world around them,” as she put it.

“In my opinion, our culture is creating a sense of these individual silos of people who don’t necessarily see their existence as connected with those around them,” she went on. “We’re herd animals; people need to feel connected, heard, validated, and supported, and that their being has value and meaning.”

If people have those feelings and values early on, they will grow up treating others with respect and kindness and resolve problems with dialogue, she continued, adding a very poignant “and if they don’t…”

So how does society as a whole address these challenges and tear down those silos Moss mentioned? Before getting to that, we first need to look at how we arrived at this point where so many young people are riddled with anxiety and not sure their life has value or meaning.

And there are many factors that contribute to this state.

Listing them, Moss and Wilson mentioned everything from the trauma induced by the events of 9/11, which occurred when many students now in college were in preschool, to the cyberbullying that is in many ways worse than the variety carried our decades ago; from the 24/7 nature of news, and the decidedly negative nature of most of that news, to the fact that many parents, stressed out by work and everything else thrown at them, have less time to communicate with their children.

“Bullying is very different now from what it was years ago,” said Wilson. “Now, we have the various social media. Before, if there was bullying, it oftentimes stayed at school or took place just before or just after school. But now, bullying can be 24/7, and people have a very hard time escaping it, and it only gets exacerbated when the student returns to school.”

And these forms of social media have changed something else — the way in which people communicate, said Moss.

She noted that, instead of talking face to face, people are communicating through their electronic devices, and with consequences.

“As we interact more and more and more through our screens and not through face-to-face interactions, some of the research I’ve read indicates that this reduces levels of empathy,” she told HCN, adding that, if people aren’t seeing the individual they’re harassing or bullying, they are at strong risk of losing the sense that this is a human being they are doing this to.”

Moss said the emerging profile of school shooters are individuals that lack solid communication and problem-solving skills. They also build up resentment for perceived wrongs and are not successful in social interactions or group settings. But many young people who lack these skills in sufficient quantities will have issues on some level later in life.

In response to all this, schools locally and across the country are taking steps to make sure every student is seen, heard, and valued, said Moss.

“There is someone in the school, whether it’s the lunch lady, the math teacher, the bus driver … somebody will say, every morning, ‘good morning, it’s nice to see you today,’ and convey the feeling that you are a human being and we are in relation.”

Elaborating, she said schools are also working to connect children to at least one trusted adult in the school that they can turn to for support and help with challenges, and they’re also trying to identify unique learning styles and the interests of each student and creating opportunities in creative areas ranging from art and music to robotics.

The overarching goal is to treat students as individuals and to get them to see others as individuals, not objects like the ones they see in the video games they play.

Progress has been made, said both Moss and Wilson, but much work remains to reduce the high levels of stress and anxiety young people are feeling and better equip them to deal with the many challenges they’ll face.

And much of it will fall in the category of giving young people a greater sense of control over their lives, something missing to a large degree with many of them, and something that could certainly play a role in recent acts of violence up to and including school shootings.

“People see all these images … the world is out of control,” said Moss. “They think, ‘I don’t know if something bad is going to happen when I go to the grocery store or the ball game. How do I take control? I take control of my own destiny in ways like these violent shootings.’ It lowers anxiety when you have control.”

Meanwhile, parents should be conscious of these issues as well and take steps to be more communicative with their children and engage them as much as possible, said both Moss and Wilson, noting that parents have electronic devices as well, and they often seem more intent on staring at them than in talking with their children.

“It takes energy on the part of the parent to stop whatever they’re doing and say, ‘tell me about your day’ or ‘what’s happening at the lunch table?’ or ‘what are you going to do tomorrow?’” said Moss. “But they have to find it. 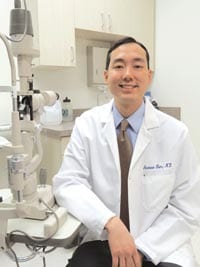 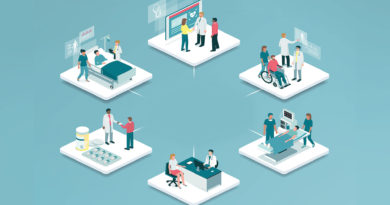 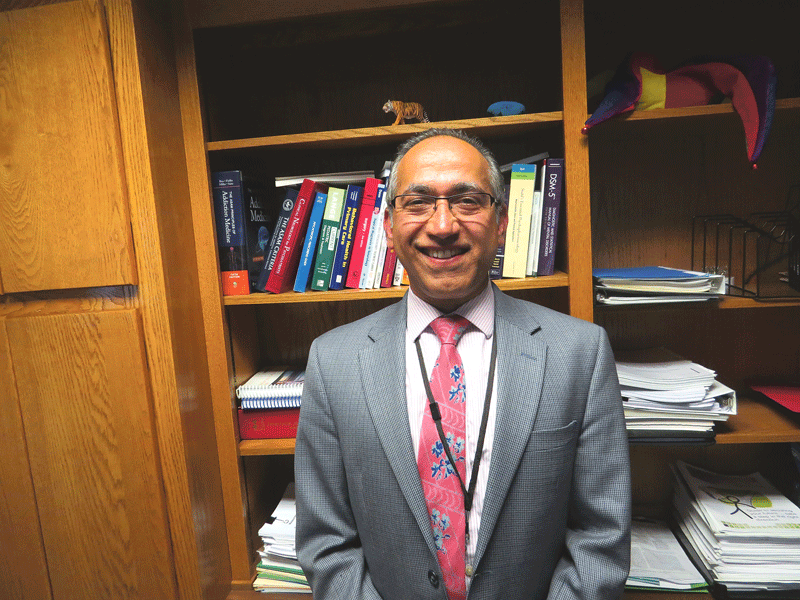