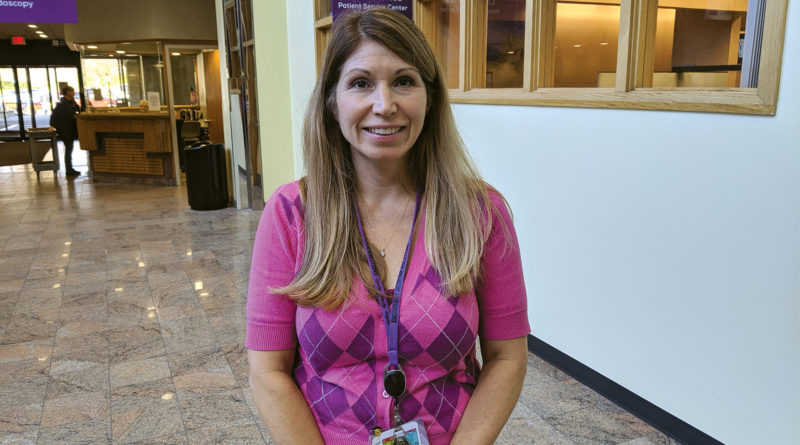 As part of the education and health-awareness work she does in the community, Patti Henault has taken a lot of blood-pressure readings. And encountered a lot of apathy.

“People don’t take it seriously,” said the coordinator of Stroke Programs at Mercy Medical Center. “I’ll take their blood pressure, and it’ll be in the 160s, and they’ll say, ‘yeah, that’s where it always runs,’ and I’ll say, ‘that’s not good. You can’t stay there. That’s unhealthy.’

“We don’t put enough emphasis on that being a warning sign,” she went on. “If you have high blood pressure, either your stress is too high, or your diet’s not great, or there’s something else going on that’s raising your blood pressure, and that’s a warning sign, like smoke coming out of a volcano. Something’s going to happen if you don’t do something about it.”

The difference, of course, is that nothing can stop a volcano that’s about to blow. But people can read the warning signs of stroke — high blood pressure heads that list — and make lifestyle changes to reduce the risk.

“You can’t change your medical history. If both your parents had a stroke, it’s more likely you’ll have a stroke,” Henault told HCN. “But what can you change are modifiable risk factors, things you have control over. You can exercise and stop smoking — and daily marijuana use isn’t great for the lungs or cardiovascular system, either. Reduce your alcohol consumption, lower your cholesterol, manage your stress and depression.”

Dr. E. Jesus Duffis, a neurologist with Baystate Medical Center, agreed, noting that quitting smoking, controlling blood sugar if diabetes is an issue, and lowering blood pressure even by a little can all have a big impact on stroke risk, as can losing weight, using a CPAP for sleep apnea, and any number of other adjustments.

But there’s one more priority he stresses.

“I like to tell patients it’s never too early to go to the doctor,” he said. “I’m 40 years old, and I have high blood pressure. I was diagnosed in my mid-30s. Had I not gone to the doctor to have it checked, I could have been walking around with high blood pressure for the last five years and not known it, and not done anything about it.

“It’s never too early to start going to a primary-care doctor and getting routine maintenance,” he added. “The body is like a car — you don’t want to wait until it starts making weird noises to bring it to the shop for routine maintenance. That’s what’s going to keep you healthier longer. Overall maintenance of health and lifestyle is important.”

What many people don’t realize, Duffis said, is that, considering all the modifiable factors, stroke is largely a preventable condition.

“The way the healthcare system works, we focus on tertiary medicine — treating complications — rather than primary medicine, or preventing things from happening in the first place,” he noted. “There’s a lot of talk in the political arena around the medical community shifting the burden of healthcare system from a tertiary to a primary model, save billions in the long run while keeping people healthy and living longer.”

Lowering stroke risk would be one positive outcome from such a shift, he said, but without that education, people often don’t act — especially when high blood pressure, among the most prominent stroke factors, usually doesn’t cause symptoms by itself. More serious cases could bring on headaches, blurry vision, chest pain, or shortness of breath, but most of the time, people aren’t aware of any problem.

“In medical school, we called it the silent killer because you don’t necessarily know you have it unless you get routine maintenance,” he said. “It’s not necessarily detected by the way you feel.”

Henault agreed, calling blood pressure “the bane of my existence” due to many people’s apathy regarding this issue. Perhaps as a wakeup call, the American Heart Assoc. has changed its standards, now calling any reading over 120 ‘elevated’ and over 130 ‘high,’ when the 120s were previously considered a safe zone and the 130s merely elevated.

“It’s upsetting to people, but they’re trying to recognize people who are getting a little higher,” with the goal of promoting lifestyle changes, she explained. “With high blood pressure, you’re constantly exerting pressure on sides of the blood vessels, like a hose on high. The pressure has to go somewhere.”

Educating people is key to helping them understand what can happen and the control they have over their own health — for example, by eating a more balanced diet.

“I’m a firm believer that food is the medication you take every day,” she said. “If you eat junk food every day, you’re not going to feel good, and you’re not going to have good health. We all splurge every now and then, but on a regular basis, try to eat healthy and maintain a healthy weight.”

Part of the education process is teaching people to understand food labels, Henault noted. For example, some cereals have as much salt as potato chips — and canned soups contain many times a day’s recommended allowance of sodium.

Education is often disease-specific as well, she said, citing the example of atrial fibrillation, or irregular heartbeat. The condition can cause blood to pool and be more prone to clotting — and a clot can make its way to the brain and cause a stroke.

“If people have that, they’re supposed to take a blood thinner for the rest of their life,” she noted. “We educate people that this isn’t a medication you can just stop taking.”

Unfortunately, she said, some people won’t take recommendations for lowering their stroke risk as seriously as they should.

“It’s like anything else. If it hasn’t touched you or your family, it isn’t a high priority. You don’t pay attention to it the way you should.”

But life can change in an instant.

“Stroke doesn’t always kill you; it also leaves people disabled,” she said. “Someone who was lifting weights just yesterday now can’t talk, or they can’t get out of bed. They’re in shock from what they’ve lost. I can only imagine how frustrating that must be. I’ve talked to people who had strokes who said, ‘I wish I knew.’ That’s what this is all about — getting people to know.”

Another component of education is recognizing the signs of a stroke, so that the victim may be brought to emergency care as soon as possible. For a long time, organizations like the American Stroke Assoc. have promoted the FAST acronym, which stands for face drooping, arm weakness, slurred speech, and time to call 911. Recently, the acronym has expanded to BE FAST, with the two new entries being ‘balance’ and ‘eyes’ — specifically, loss of balance and vision loss.

“A posterior stroke, at the back of the brain, will cause problems with balance and their eyes,” Henault said. “Sometimes their eyes will be deviated to one side or they’ll have trouble seeing, and those are things that we often miss originally with strokes because we’re just looking at face, arm, speech, time. So now we’re trying to take those symptoms more seriously, too, because they could be signs of a stroke. We’d rather set a big net and capture all the strokes than miss some.”

Once someone has a stroke, their risk of another one is higher than the general population, Duffis said. “Certainly, you want to make the necessary lifestyle modifications and institute some therapies. Most stroke patients need to be on aspirin or medicine similar to aspirin, cholesterol-lowering medicine, and other disease-specific treatments.”

Better to avoid strokes altogether, he added, through lifestyle changes that not only lower stroke risk, but generate more positive overall health.

“We’ve all heard the old saying, ‘an ounce of prevention is worth a pound of cure.’ It’s a lot more difficult to wrap our minds around the idea that we have some control over our health and have some responsibility to keep ourselves healthy,” he told HCN. “It’s not, ‘someone’s going to fix me,’ but ‘I have to take ownership of my health and well-being.’ It’s almost a foreign concept to a lot of people.”

Until it’s too late — and they wish they had taken those messages to heart.

When Is the Best Time to Have Cataract Surgery? 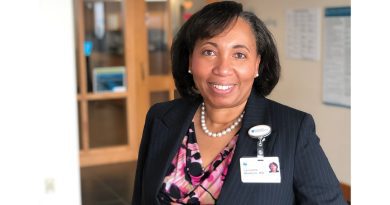 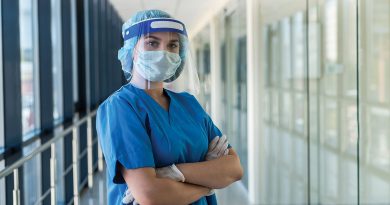 As Delta Variant Lingers, Hospitals Gird for an Uncertain Fall