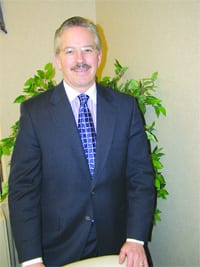 There was a time in health care, Mark Tolosky said, when a person’s first major hospitalization was often the last. But those days are long gone.

“Today, our medical processes are better, and people are living rather active lives,” said Tolosky, president of Baystate Medical Center. “And because of that, people can expect to have multiple hospitalizations, not just one.”

With that in mind, and with an eye toward a population that’s aging faster than it’s increasing, Baystate has announced its first major expansion since the 1980s, a 599,100-square-foot construction project it’s calling “the hospital of the future.”

The $259 million endeavor will replace some of the hospital’s older facilities with new, state-of-the-art patient-care areas that officials say will directly address the needs of an aging population.

“It’s primarily based on the need to replace our aging East Wing,” said Trish Hannon, the hospital’s COO. That wing is part of the Springfield building, the oldest on the Baystate campus, and no longer reflects the standard of care required by 21st-century health care facilities.

“The East Wing is completely outdated for today’s care — double rooms, small square footage,” Tolosky said. “Even our operating rooms, which were updated in 1986, were probably designed in the early 1980s, so they’re coming up on 25 or 30 years. They just can’t accommodate the staff, technology, and equipment for what we’re doing today.”

This month, The Healthcare News examines how Baystate’s latest effort aims to meet those current needs — and future concerns as well.

Considering how much hospital care has changed over the past two decades, projecting what the next 20 or 30 years will bring is a tricky business — but a necessary task nonetheless, Tolosky said.

“We’ve projected out the rate of utilization and the population numbers, and we’re able to foresee this many operative procedures, this many beds, this much imaging, this much cardiac interventional work,” he said. “The modeling is not an absolutely scientific process, but we have to do something.”

Based on those projections, Baystate is looking at a new, multi-story building connected to existing facilities on Springfield Street and Medical Center Drive — one that replaces and expands current medical/surgical, intensive care, and inpatient cardiovascular procedure areas, while relocating critical-care beds currently located in the outdated East Wing. That wing will be converted into administrative and non-clinical support services space.

Hannon agreed that, after engaging in a long-term planning process and gathering demographics and projections about the coming decades, the expansion is necessary to ensure the ideal capacity and resources to care for Western Mass. residents.

“Any institution of our size needs a plan for the long term,” Hannon said. “This is the result of our long-term master facilities plan.”

She said Baystate is “stretched to its limits” in its current environment, a situation that has manifested itself in a shortage of beds, an overcrowded emergency department, and a lack of procedure and recovery space — all of which create delays in patient care.

Not that Baystate is in uncharted waters. Hannon noted that Baystate’s plans mirror a nationwide need for hospitals to update their facilities, many of which were constructed or last upgraded in the 1950s. It’s a priority that has only been exacerbated by the aging-population trend.

Specifically, it has long been noted in health care that the graying of the Baby Boomers, the first of whom are now entering their 60s, will soon create a need for much more inpatient care, staffing, and technology than many hospitals now have the capacity to deliver.

In many ways, analysts say, the medical industry has become a victim of its own success. Advances in medications and equipment have made it possible to live longer with chronic health conditions. Concurrently, with advanced age will come increased incidences of cardiovascular disease, cancer, and neurological disease, continuing the cycle of need.

“If you look at the demographics of the Pioneer Valley, you’ll see a stable population, but an aging population, and at the upper end, people are living longer, healthier, more robust lives,” Tolosky said. “But people are also living longer with chronic diseases that require more care.”

On top of that, he said, the middle tier of the population — those Baby Boomers entering retirement — are just beginning to experience serious, recurring medical conditions, even as they want to stay active. “So they require more medical interventions, and we’ve got the technologies to do it.”

The question for many hospitals is where to put those patients, and how to equip outmoded rooms with that modern technology. Baystate’s expansion addresses both issues, but the total increase in licensed beds — from the current 653 to 775 — will not happen all at once when the new building opens in 2012.

“A good part of this is shell space. We can’t afford to do the whole buildout for day one,” said Tolosky, who noted that developing all the interior space would bring the project’s price tag to around $450 million.

“That troubled us initially,” he told The Healthcare News, “but then we decided that gives us more flexibility, as each year goes by, to make determinations about what we need. For example, in 2015, do we build out more operating rooms, or another inpatient unit? We can make those decisions on a year-by-year basis. I think that’s great.”

M. Dale Janes, who chairs Baystate’s Board of Trustees, said the board’s recent vote to endorse the filing of a Determination of Need with the Mass. Department of Public Health — a required step in any capital project — shows its support for the expansion as part of the hospital’s ongoing planning process.

“We believe that Baystate’s leaders are continuing on the path of an exceptional journey that was started long ago in our community — dating back approximately 100 years ago when the first additions were made to the Springfield Hospital,” Janes said.

Baystate officials also tout the project’s economic impact on the city and region, noting that more than 200 construction jobs will be generated, while some 550 permanent clinical and physicians positions will be established at the hospital. But Hannon kept coming back to the impact on health care.

“We’re going to create enough capacity to be able to manage patient care demands with newer technologies and treatments,” she said. “As people live longer and need more health care interventions, we’ll be in a position to provide good support and the ability to care for them.” 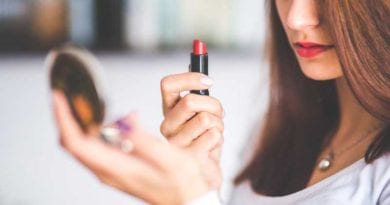