Medical technology is changing the face of health care in every discipline and on every level. The advances being made in hospitals, physician’s offices, and other health care facilities are staggering; it can be nearly impossible to stay up-to-date with all of them.

Last month, The Healthcare News chose a few of the new offerings in the area of personal technology, evaluating products ranging from calorie meters to health-conscious video games. In this issue, medical technology is revisited, this time in the area of health care delivery and the many ways groundbreaking developments are improving the health and well-being not only of patients, but the entire health care industry.

Let’s start with the most-hyped gadget of the year, the iPhone.

Known more for its easy access to the Internet and a wide gamut of organizational tools, the iPhone is now entering the medical records arena.

Life Record Inc., based in New Mexico, has coupled one of the most well-known technological developments in the health care industry — electronic medical record-keeping, or EMR — with personal technology. Life Record 3.1.0 is the first EMR system that works with the Apple iPhone, as well as via Mac, Windows, and tablet systems. The program uses Life Record’s EMRAnywhere technology to allow physicians to view patient records, make changes, issue prescriptions, and study images, including X-rays.

EMR is just one area in which Web-based technology is enhancing the health care industry, however. In addition to making record-keeping more accessible, new offerings in the education sector are also making it easier for medical professionals to stay current.

Online learning portals such as eMindful.com, based in Vero Beach, Fla., offer Internet-based courses via live, online classes. Medical personnel, including physicians, nurses, nutritionists, and others, can earn continuing education credits through the courses.

To that end, eMindful.com recently added five courses in complementary and alternative medicine, sponsored for accreditation by the University of Arizona College of Medicine at the Arizona Health Sciences Center for Continuing Medical Education. Courses are taught by live teachers using streaming video and real-time audio on people’s home and office computers, and students can both see and interact with their teacher as well as other course participants.

For the Public Good

Public health professionals now have a new tool on their side as well, following the recent introduction of software created by IBM researchers that can track the transmission of diseases across countries and around the globe.

Known as STEM (Spatiotemporal Epidemiological Modeler), the program was made available for free download in June through the Eclipse Open Healthcare Framework Project, and is expected to assist researchers and public health officials in planning more effective responses to health crises. Essentially, it works by creating graphs to illustrate how infectious diseases such as SARS, tuberculosis, or other ailments are likely to spread over time and geography.

To maintain health, implantable devices are being seen more frequently. MicroCHIPS Inc. of Bedford, Mass., for instance, has developed a device that is expected to hit the market in the next three to five years, aiding in the administration of prescription drugs, a pervasive health care delivery issue.

The tiny implant uses wireless technology to actively control the release of drugs in the body over a prolonged period of time, and is unique in that it not only uses wireless signaling, but also allows for the delivery of solids, liquids, or gels into the body from one very small unit. While it won’t entirely replace pharmaceuticals that are taken orally, the device can help to better administer drugs that are highly potent, have limited stability, or must be taken in precise doses or at specific times.

Streamlining health care information and making strides toward preventative and extended care are indeed major players in the health care technology race. However, that’s not to say more specific, existing issues are not being addressed as well.

New to the fight against cancer, for example, is Mobetron, the first fully portable electron-beam linear accelerator designed for use in any operating room. Similar to other targeted radiation therapies, Mobetron delivers electron-beam radiation directly to affected tissue during cancer surgery. This allows doctors to escalate the dose of radiation while lessening damage to surrounding healthy tissue.

What separates Mobetron from other devices, however, is that, unlike other intraoperative electron-beam radiation therapy devices, it does not require hospitals to complete expensive renovations to operating rooms to protect staff from radiation leakage during treatment. It is self-shielding, and as such can be wheeled between rooms and shared among surgical teams.

In addition, because of its unique design, Mobetron can be used to treat many different types of cancer, including bladder, breast, esophageal, gynecological, lung, orthopedic, prostate, and stomach cancers.

In the area of cardiac health, more reliable, accurate testing and monitoring systems are another area in which technology is advancing at a rapid pace.

Just this month, Medtronic Inc., a medical technology company based in Minneapolis, announced the European introduction of Reveal XT, the first insertable cardiac monitor that offers long-term and continuous monitoring of atrial fibrillation (AF). Existing AF-monitoring devices offer only short-term or intermittent data, and the development of the Reveal could mean that clinicians no longer need to rely on incomplete data to evaluate how AF may be progressing. The device is also implanted just under the skin, which is more comfortable for the patient and does not restrict activity, therefore providing more accurate readings.

AF is the most common cardiac arrhythmia, and treatment is often difficult, as episodes often show no symptoms and go unnoticed by patients. While the Reveal XT is not yet available in the U.S., it is being actively used in Europe, first implanted in Hamburg, Germany.

Other cardiovascular issues are also being addressed through groundbreaking technology, including those caused by stroke, the country’s leading cause of long-term disability, affecting 5.7 million people, according to the American Heart Association.

A new hope is developing in the area of stroke-induced paralyzation, with the advent of technology that helps patients initiate movement in affected limbs.

One product in particular just earned FDA clearance in July: the e100 NeuroRobotic System by Myomo, based in Boston. The device is wearable and portable, allowing patients to initiate and control movement of partially paralyzed limbs using their own biological signals.

The device also helps people relearn how to move their muscles without electrical stimulation or invasive procedures.

The Myomo system is now in use in such facilities as the Spaulding Rehabilitation Hospital in Boston.

According to company literature, MicroCHIPS plans to partner with pharmaceutical and medical device companies to identify “difficult-to-deliver” drugs that could be compatible with this new technology.

On the road to recovery, ways to better treat pain and stress, especially during rehabilitation from an injury or surgery, are at the forefront of the pain-alleviation aspect of health care technology.

The Brooks Center in Thousand Oaks, Calif., a physical therapy and pain research outfit, for instance, has developed an innovative pain treatment and medical device, and is currently moving forward with plans to manufacture and market the technology. Neurovasc, which uses vacuum-like technology, lessens pain by lifting and separating the layers of injured tissue, thus releasing trapped nerves.

Regardless of the area of care, technology is undoubtedly shaping health care at a faster rate than ever before. While some new innovations have yet to reach the U.S. market, many are currently in use, and many others promise the advent of a new day in health care delivery — one that celebrates cutting-edge developments while honoring time-tested traditions. 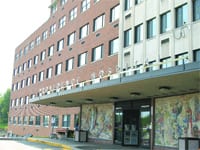 Mind Over Money At Providence Hospital, Unique Services Can’t Pay for Themselves